By Wendy Ononfrey
Webmaster for the Bolingbrook Babbler 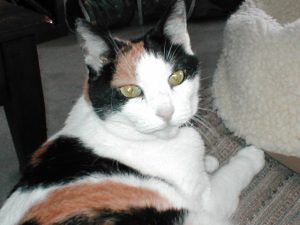 Before we say goodbye to 2018, I thought it would be fun to look back at our most popular stories this year:

10)Acting Clow UFO Base administrator considers accepting transgender refugees The last we heard, a decision is still pending.
9)Illuminati honors Qanon at the Bolingbrook Golf Club She’s still going strong in some corners of the Internet.
8)From the webmaster: Bolingbrook Pride to host ‘Pride Picnic and Puppies’ on June 10 The next event is planned for June 2019 at Village Hall.
7) Village Board celebrates the opening of ‘troll farm’ in Bolingbrook They’re still in business and we can expect to see their work during the 2019 campaign.
6) Mayor Claar defiant as Clow UFO Base reopens Roger may not control Clow UFO Base currently, but he might after the April election.
5) Anonymous Sources: Rogue Township trustees set fire to IKEA solar panel The war between the Illuminati and the New World Order reached the DuPage Township.  Allegiances may have changed since this story was published, but the fighting rages on. Even the Edgar County Watchdogs, rumored to be Illuminati operatives, have joined the fight.
4) Center for Inquiry responds to harassment allegations against Lawrence Krauss by firing its feline fellows This one has kind of a happy ending. Krauss will retire in 2019 and the cats are enjoying their new home at the American Humanist Association.
3) The Roger Claar Party launches the first attack ad against the First Party for Bolingbrook The 2019 campaign is off to a negative start with a bold attack ad by the Roger Claar Party, which isn’t affiliated with Mayor Roger Claar.
2) Amid controversy, Joshie Berger opens a restaurant at Clow UFO Base It was closed during the uprising at Clow UFO Base, but it is now open again. Though it is not as popular as the WeatherTech restaurants.

And the number one story:

1) Illuminati honors Professor Jordan Peterson The Bolingbrook Golf Club was the place to be if you were a member of the Illuminati.