As part of a recently announced renovation of Bolingbrook Commons Shopping Center, the village sent an eviction notice to current zombie tenants. The village will also end its “Adopt a Zombie” program after three years.

“Mayor Mary Alexander-Basta has generously allowed our undead residents to exist rent-free for years,” stated a press release from Bolingbrook’s Department of Paranormal Affairs. “Now the village can no longer simultaneously subsidize them, maintain both the Bolingbrook Golf Club and Clow Airport.  The zombies have to go back to the afterlife.”

Under the terms of the agreement, the village will use the sales tax generated by the first $6.5 million of retail sales to pay for the removal and/or extermination of the zombies. In return, the owners, the Hinman Company, will spend between $10 Million to $12 million to both renovate the mall and add zombie traps. DuPage Township will offer free burials or cremations to the resident zombies.

Trustee Troy Doris personally delivered the eviction notice to the zombies. According to eyewitnesses, Doris cautiously entered one of the abandoned storefronts when out of sight of an anti-zombie SWAT team. Less than a minute later, Doris leaped out of the building and dashed back to the SWAT Team in the parking lot. Once safe, Doris showed a cell phone video to an attorney of him serving the notice to a zombie.

An eyewitness who wished to remain anonymous said: “Troy stated it was an eviction notice. Then he threw it at the zombie and ran away. The lawyer said it looked like the notice stuck to the zombie, therefore it was legally served.”

Lawyer Patricia X. Blake, who claims to represent the zombies, announced that she will challenge the eviction notice: “My clients are decent undead residents of Bolingbrook. They are not revenants, like The Crow, and they are not spreading a zombie plague. Mayor Basta’s obsession to best (former Mayor Roger) Claar has gone too far. She’s brought garbage toters to our yards. She’s allowed cannabis businesses to apply for business licenses, and now she wants to be known as the mayor who fixed Bolingbrook Commons. Well, not over my clients’ animated dead bodies!”

A receptionist for DuPage Township said Supervisor Gary Marschke was in a meeting and could not be disturbed.

In the background, a man who sounded like Marschke, said: “I find it quite odd that ComEd suddenly informed us that we’ve had an outstanding bill for over ten years. Since my administration has been paying our monthly bill, ComEd has had our billing address. Now we got them to waive the late fee, but the bill is still close to $1000. It’s almost as if someone hacked into ComEd and created a fake bill. You wouldn’t happen to know anything about that, would you Charlene ?”

Editorial: We need more than thoughts and prayers
Resident arrested after hitting UFO with an illegal firework
Man hospitalized after biting weredog
God to smite Bolingbrook on 7/9/22

My novel, The Rift: A Bolingbrook Babbler Story, is available for preorder. For book updates and a free ebook, sign up for my newsletter. 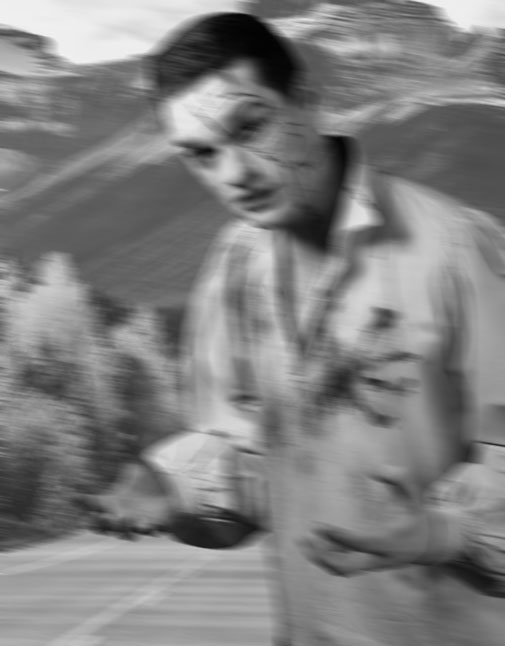 A zombie trucker taking a break from driving towards Red Deer.

Editor’s note: The Bolingbrook Babbler partners with three sister publications around the world to bring you the unbelievable truth. This article is from The Red Deer Reporter, based in Alberta, Canada.

Despite eyewitness reports (and psychics’ apocalyptic visions), Red Deer officials deny that a truck convoy driven by zombies is approaching the city.

“That’s ridiculous!” said a city official who demanded they not be named. “Let me guess. They’re pro-vaccine zombies. Right?”

The eyewitnesses agree that not only are the zombies pro-vaccine, but they intend to occupy downtown Red Deer until residents “stop whining” about Covid restrictions.

Peter, who asked that we not use his last name, says he spoke with them at a truck stop:

“While everyone else was acting like violent cowardly Americans, I just walked up to their leader and said: ‘Excuse me, but you seem to be lost and have wandered into the land of the living. I can direct you to a graveyard where you might be able to find your way back to the afterlife.’ The leader asked if I was vaccinated, and I said yes. Three shots. The leader said I was smart, and warned me not to die any time soon. For a rotting corpse, it was quite friendly.”

Simone, a feisty woman who threatened this reporter when asked for her last name, claims she tried to fight off the zombies:

“I thought they were part of the Wexit—I mean anti-vaccine mandate truckers. When I saw they were monsters, I started shooting their heads. This didn’t stop them. They said I was acting like an American. I asked how did I … I don’t talk to the fake press!”

Simone added that one zombie described her death due to covid. “When she showed me what was left of her thin blue line tattoo, I knew she was telling the truth. I guess Trump is right, and we should all take his vaccine.”

According to other witnesses, the zombies claim that they are trying to save the European Canadian Afterlife. That afterlife, according to the zombies, is overpopulated, and the First Nations Afterlife refuses to accept refugees. The zombies warn that if Canada loosens its COVID  policies, spirits will resort to “cannibalizing spirit energy” to create space.

“If you want to have a long afterlife,” said Peter, “Get vaccinated now! The zombies taught me that being free shouldn’t mean being dumb too.”

Tonya Z. Alexander, the spokeswoman for the Red Deer Skeptics, doubts the existence of the zombie convoy:

“Things are so bad that there is no joy in debunking the Reporter. Even Steven Pinker’s unfounded optimism cannot raise my spirits. I’m now reading Impossible Me, Pervert Justice, and Reprobate Spreadsheet. These are truly dark times. for Canada.”

A receptionist for Prime Minister Justin Trudeau said he was still recovering from Covid and could not be disturbed.

In the background, a man who sounded like Trudeau said, “So, what do the Mounted Police need to do to break the siege of Ottawa?”

Another man answered, “How much money is in the treasury?”

Bolingbrook residents will have the opportunity to “adopt” one of the zombies that live in the Bolingbrook Commons Shopping Center.  Not every resident is in favor of this program.

“Don’t our government officials watch zombie shows?” asked Jeb Parker, a member of Bolingbrook’s Art Bell Party.  “Bolingbrook Commons is a zombie apocalypse waiting to happen.  The village needs to burn it to the ground, not offer it up to its undead for adoption.”

According to documents provided by sources within the Department of Paranormal Affairs, Trustee Michael Carpanzano started the program to dispel “negative attitudes towards Bolingbrook’s undead residents.”  Most of the documents include pro-zombie talking points:

“Do not use the word Zombie.  Instead, refer to them as Undead Residents.  Then point out that living residents are also not dead, therefore everyone is undead.  Then we’ll point out that our undead residents don’t speak out against (Mayor Roger Claar).  That means they’re true residents– Unlike the members of Bolingbrook United, who are foes, not real Bolingbrook residents.”

According to sources, the money from the program will go to the owners of Bolingbrook Commons.  It will allow them to keep the mall open.

“It’s not the best place in Bolingbrook,” said Jill, an employee of the Department of Paranormal Affairs.  “But unlike rusting cars, we have no problem offering our undead residents a place to wander around peacefully.  I’m tired of all the people who say we should tear down Bolingbrook Commons.  We’re all going to die eventually, and I’d rather be a zombie in Bolingbrook Commons than be buried in the ground.”

Parker says the Art Bell Party has always supported the removal of zombies from Bolingbrook:

“Even if they don’t eat people, they shouldn’t be here.  When you die, you’re supposed to leave your body behind as fertilizer.  You’re not supposed to linger as your body rots.  It’s unsightly and gives Bolingbrook a bad name.  We shouldn’t be known as a village of the dead.  We should be known as a living, thriving village.  Elect our party, and we will bring new life to Bolingbrook.”

A receptionist for Claar said he was busy, and couldn’t be disturbed.

In the background, a person who sounded like Claar, said: “Now that I’ve improved our credit rating, will you cancel your chili dinner fundraiser and dissolve Bolingbrook United?”

A man who sounded like Trustee Robert Jaskiewicz replied: “No way.  You got us into this mess in the first place.  Plus, there are residents who want garbage toters and cannabis stores.   They deserve a voice in village government too. I’m going to be that voice, Roger.”

“I know you will, but I wish you wouldn’t, Obarzanek.”