I think he found two nickels on the carpet.

A plumber doing bathroom repairs discovered large sums of money and checks hidden in the walls. He did the right thing and reported it; it’s thought to have been stolen cash concealed in the wall until the as-yet-unidentified thief could recover it. It was more than half a million dollars. The victim: Joel Osteen’s church.

“Recently, while repair work was being done at Lakewood Church, an undisclosed amount of cash and checks were found,” the church representative said. “Lakewood immediately notified the Houston Police Department and is assisting them with their investigation. Lakewood has no further comment at this time.”

In 2014, Houston police said $200,000 in cash and $400,000 worth of checks were stolen from a safe at the church. At the time, the church said the stolen money represented funds that were contributed during one weekend of services.

Oh, did I say Joel Osteen was the victim of the theft? His church rakes in $600,000 in a single weekend, and we’re supposed to feel bad that he got ripped off one weekend? I wish the thief the best.

The article says that Osteen offered a $25,000 reward, but so far he hasn’t paid off the plumber. He will, eventually, right? That would be such bad PR if he didn’t. Like locking refugees from a deadly storm out of his church. Or taking over $4 million from a loan program intended for small businesses.

As we all know, birds aren’t real — they’re all just odd looking squid. Case in point: this is a cockatoo.

As we all also know, birds are just feathered spiders, therefore, squid=spiders. QED.

We’ve got the omicron variant in Minnesota.

Minnesota has the second confirmed case of omicron COVID-19 variant in the United States, after California announced the nation’s first confirmed case on Wednesday. The Minnesota resident tested positive for COVID-19 on Nov. 24, shortly after attending an anime convention at the Javits Center.

The Minnesota Department of Health says they confirmed the presence of the omicron variant Wednesday afternoon. They say the man, who lives in Hennepin County, is quarantining at home. He experienced mild symptoms and is recovering. The man “most likely” contracted the variant in New York, authorities said.

This is not grounds for panic. We don’t know enough about the omicron variant to get too worked up about it — it may be a bit nastier than the delta variant, but if you’ve been vaccinated, it’s probably not going to affect you directly. Of course, that’s only the case if you’re some kind of weird Libertarian hermit with no friends who has retreated from society. The rest of us should be concerned about our unvaccinated (for any reason) loved ones, or other contributing members of our communities.

What does worry me is that this is a symptom of our lackadaisical approach to dealing with a worldwide pandemic. It’s like our health care system is an old car that we maintain poorly — sure, there’s some rust on the body, and the muffler is held in place with a twist of wire, and the engine makes a funny noise when it first turns over in the morning, but it would cost money to patch it up, and it still runs, so we can ignore it for a few more months or years. So what if it just now started leaking oil? It’s fine.

New variants are what you get when you let the virus run rampant in large segments of the population, when you slack off on basic preventive measures, and when you figure I’ve got mine, so what if there isn’t enough vaccine in India or Bulgaria or whatever — that’s not our problem. Until it is.

Oh, look. I just posted my 500th observation to iNaturalist. If you’re very, very nice, I’ll let you see it.

END_OF_DOCUMENT_TOKEN_TO_BE_REPLACED 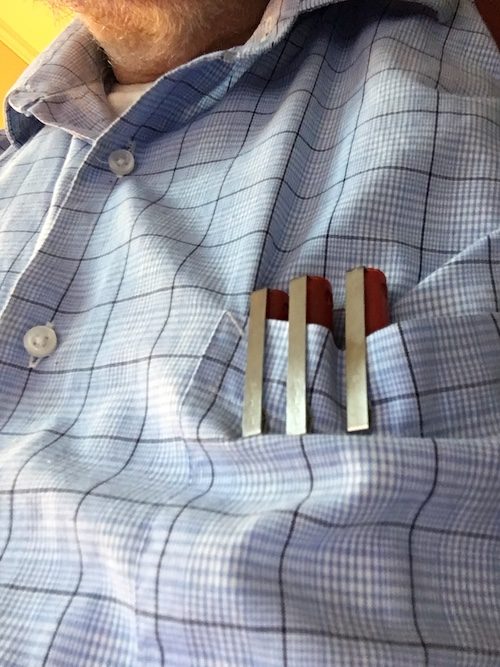 And it is fading. The early ebullience from people like Bari Weiss is diminishing, and the only news about it I can find is that Niall Ferguson seems to be frantically touring right-wing podcasts to claim it’s really going to happen, which it isn’t. But I still see the occasional lefty chortling over the ridiculous concept. Like this one:

That those too-hot ideas—among them the celebration of free-market capitalism, eugenics and white supremacy, xenophobia, and transphobia, per the résumés of some of UATX’s founding trustees and advisors—are also cultural hegemonies championed by the richest and most powerful people and institutions thriving today in the Western world does not seem to be a problem for these self-styled revolutionaries. And why should it? This dippy bunch is not actually engaging in a genuine paradigm shift in the ivory tower; think of it more like the University of Pity Party at Austin.

Of course this project is silly. It’s brought to you by a group of wealthy—some of them mind-blowingly so—elites who are mostly known for whining about “cancel culture” and being rewarded handsomely for it. The very premise of UATX is preposterous, predicated on a subset of highly successful and privileged people’s unseemly thirst to be cast as victims in a grand narrative of—hilariously enough—intellectual and economic oppression. This scrappy underdog “university’s” board of advisors includes Larry Summers, former secretary of the treasury and president emeritus of a little college in Boston called Harvard (perhaps you’ve heard of it?). Other founders and advisors are professionally affiliated with Stanford’s conservative Hoover Institution, and UATX’s seed money flows forth from tech bro Joe “paternity leave is for losers” Lonsdale, a venture capitalist who co-founded the creepy surveillance/data-mining software company Palantir.

“Pity Party University”…that’s about right. But then, getting serious about it, the author says:

In contrast to the sharp rebuffs of my peers, I rarely experienced anything but the mildest pushback from left-leaning faculty. Far from being pressured to conform to left-wing groupthink by a socialist academic cabal, I got excellent grades and I was encouraged to share my ideas—offensive and ill-considered as they undoubtedly were—in class discussions. Oh, I had brilliant professors who planted seeds that would flower years later, but at the time, my own views hardly shifted. To the contrary (I was, after all, a contrarian) I dug in harder, sure that I was a powerful voice for the preservation of good old-fashioned American ideals, a bold defender of capitalism and the free market.

That’s the thing about the conservatives’ claims about those darned liberal universities. You read this blog, you know that I’m pretty fiercely partisan and that I despise Republicans with all my heart, but that doesn’t translate to how I manage a classroom. Like she says, your typical lefty professor encourages students “to share [their] ideas—offensive and ill-considered as they undoubtedly were”. We’re not interested in silencing, but in exposing.

The idea that we’d shout down conservatives and not let them speak is simply right-wing projection. That’s what they do.

Next week is the last week of classes, so my goal is to be even more boring than usual, focusing on getting totally caught up in all of my grading and getting my final exams finalized. What that means is I’m doomed to days of mental torment, grinding away.

The good news, though, is that the physical pain has abated! I can walk without grimacing now — I can even go up stairs without whimpering. I’m still wearing a brace for a while longer to make sure the tendinitis doesn’t come back.

Maybe next week, with most of the administrative stuff done, I’ll be able to do some fun things with my new sprightly physicality.

We had another mass shooting in a school in Michigan. It was carried out with premeditation by a dumb kid with gun nut parents; he got his gun from his father. This keeps happening, again and again.

There isn’t a plan by politicians to change our gun laws. This one isn’t even on the radar.

Meanwhile, the Republicans have learned an important lesson from the last election: cheat more. They’re gerrymandering districts aggressively. In Wisconsin, for instance, they’re working hard to finagle the next vote in advance to lock them into guaranteed victories.

All is quiet in the Democratic party while they watch themselves get maneuvered into extinction. Some Democrats are just trying to gerrymander their own districts.

Meanwhile, our disgraced ex-president, the criminal and con man, is getting ready to run for the presidency in 2024. The coup isn’t over, it’s just getting started.

Hey, why isn’t the traitor who fomented an insurrection at least indicted, if not held in jail? I don’t know. There’s a strange lack of urgency or concern in the halls of power.

Meanwhile, the Republican plan to pack the courts is paying off. The Supreme Court was stuffed with right wing ideologues by the aforementioned criminal president, and now they’re poised to overthrow Roe v. Wade. Remember when there were all those hearings to review their appointment to the court, and they were all asked if they were planning to tear down a woman’s right to choose, and they all said “No sir, I’d never do that”? They lied.

The court shouldn’t have even heard that Mississippi case; that they did tells us all we need to know about their intent. What are the Democrats going to do? Nothing. The senate rules are stacked against them, but they’ll do nothing to change those rules.

This is all an awful, terrible trend, a slow-motion destruction of the country engineered by conservatives backed by billionaires. It’s being carried out in the absence of any significant, principled opposition by the other party. It’s the Senate Democrats who filled me with the most despair, though, with this insipid tweet:

Yeah? We did. What did you accomplish? Why should we vote for you again when you do so little?

There’s a point where being slightly less toxic than the other party is not good enough, and the Democrats seem to be happy enough to ride that line.

So we’ll have a live Q&A on Sunday morning at 9am Central time!

If you’re one of patrons, you’ll find a zoom link there that will let you join in directly. If you’re not a patron, you can still watch and leave comments/questions in the chat.

However, my soup recipe is worth far more than my non-existent soul, so this might be a worse deal than having the typo corrected. 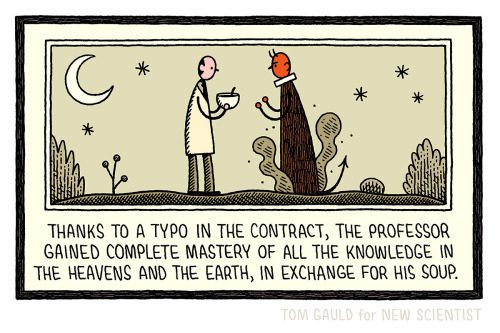