Once again, it’s time for our council of psychics to prepare our readers for shocking events that will happen in the new year. 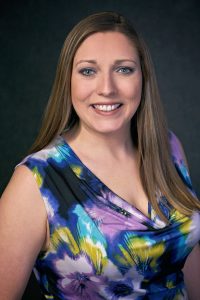 Will Rachel Ventura upset Rep. Bill Foster and become the next AOC in 2020?

Our psychics did an excellent job of predicting 2019.  We predicted Trump’s impeachment while others thought the Democrats lacked the courage to impeach him.  The Edgar County Watchdogs didn’t hold a tent revival, but Supervisor Bill Mayer did resign in 2019, fulfilling one of their demands.  Representative Sean Casten did perform a concert in 2019.

However, Deputy Mayor Michael Lawler didn’t resign, and the village didn’t file for bankruptcy.  The future, however, is unclear and constantly changing.  For all we know, our psychic’s predictions might have prevented these events from happening.  We may never know.

Former Vice-president Joe Biden will be served a subpoena to testify at Trump’s impeachment trial.  He will be served the summons during a campaign speech, then immediately arrested by Secret Service Agents.

“You didn’t give me a chance to say yes!” Biden will say to the agents.

The trial will end with a Trump acquittal and Republican talking heads proclaiming that Biden showed “contempt towards Congress.”

The mainstream media will give “both sides” equal time, even though the Senate will never formally charge Biden with any crime.  Confused voters will turn away from Biden, ending his political career.

Mayor Roger Claar will formally announce his retirement and the start of his “farewell tour” during his State of the Village Address.  Many in the audience will be filled with tears as he will talk about his 34 years in office.

Near the end of the speech, he’ll announce that he will repeal the village’s property tax.  He’ll receive a standing ovation and lots of praise on the Bolingbrook Politics Facebook group.

However, few will notice that he will actually change the name of the property tax to “Mandatory Village Services Fee.”  Fewer will notice that the new fee will be higher than the old property tax rate.  That will not stop Trustee Michael Carpanzano from promoting Bolingbrook as a “property-tax free village.”

There will be several twists and turns before the Iowa Caucuses start.

The Russians will leak a video of Sen. Amy Klobuchar saying, “I hate Iowa’s football teams.  The Hawkeyes blow and the Cyclones suck.  You know me:  Gopher fan for life!”

When asked about the video during a press conference, Klobuchar will grab a staffer by the ear and say, “Why didn’t you tell me about this video?  Don’t give me that face, or I’ll really make it hurt!”

On caucus night, Sen. Bernie Sanders and Andrew Yang will be tied for first place.  There will be reports of clashes between Yang and Sanders supporters.  This will be highlighted during Yang’s victory speech when a Sanders supporter will throw a chair at Yang.

“Any process that doesn’t make Bernie President is rigged!” the Bernie supporter will yell.

Rep. Bill Foster will lose his primary battle to Rachel Ventura, sending shockwaves around the country.  During her victory speech, she will announce her write-in candidacy against Sen. Dick Durbin.

“I have to get to Washington one way or another,” Ventura will say.  “You can’t expect me to sit on the county board while the Earth is burning.”

“Roger has always cast a shadow over Bolingbrook,” Carpanzano, head of the Roger Claar Mayoral Library Foundation, will say.  “We just want future generations to see that shadow.”

The Village Board will approve the permits for the statue.  Trustee Robert Jaskiewicz will cast the only no vote and be attacked on the Bolingbrook Politics Facebook group.

The Bolingbrook Independance (sic) Party will return, led by Bonnie Kurowski-Alicea.  Kurowski-Alicea, who ran for mayor as a write-in candidate in 2009, will run on a platform that calls for banning homeowners associations and abolishing property taxes.

“Roger’s thugs tried to destroy me.  They slandered me in Village Hall.  They forced me to move to Florida.  They thought they could humiliate me in Trademark Court.  They were wrong.  I’m back in Bolingbrook, where I belong, and I’m ready to retake the office that was rightfully mine.  The band is back together, and we’re ready to take on Bolingbrook United, and the First Party for Bolingbrook.  The corrupt will be caged when I’m mayor.”

Days later, former trustee Rick Morales will announce his candidacy for mayor as a member of the Bolingbrook First Party.  Though it would mean a primary challenge against former DuPage Township Trustee Bill Mayer, Morales will say he has no choice but to run:

“Bonnie trashed me for years, and Roger always prevented me from saying what I really feel.  Now Roger won’t be holding me back.  I’m going to reclaim the Bolingbrook First party, and then I’m going to answer all of Bonnie’s false claims.  When I’m done with her, I’ll wipe out Bolingbrook United and show the First Party for Bolingbrook that it’s my turn to be mayor!”

After the Presidential election, President Trump and Vladimir Putin will announce a joint US-Russian invasion of Ukraine.  Days after the country falls, both leaders will announce that they “discovered” documents that prove Ukraine interfered in the 2020 election.

Trump will tweet: “The do-nothing Democrats just ruined our country’s perfect election.  So I’m doing something about it!  #Qanontime”

Trump will then order the arrest of President-elect Andrew Yang.  Yang will announce that he has set up a “second White House” and is prepared to run the country from there if necessary.

He will post: “Hey, anyone with half a brain should have expected Trump to try something like this.  Trump probably didn’t expect this:  Any member of the US Armed Forces who stands with me during this crisis will get a Freedom Dividend of $2000 instead of $1000.  #Math”

The year will end with Russian “peacekeepers” heading towards the United States, the military divided, and Claar screaming: “All I wanted to do was retire, and write my memoir!  Now I have to deal with a civil war.  Why did I ever endorse Trump?  Don’t quote me!”

Clow UFO Base takes in Australian evacuees (Fiction) » « From the Webmaster: Worst Ghosts of 2019? (Mixed)