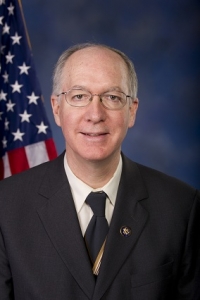 Rep. Bill Foster, a member of the New World Order, easily defeated his Illuminati opponent in the 2020 election.

From Reporter X:  While the local mainstream is focused on the results of the 2020 Election, here are the stories they missed:

1. Space Force leaves Bolingbrook to ‘stand up and fight back’ for Trump

Overnight, Space Force troops destroyed their base in Bolingbrook and texted the village managers that they were permanently leaving Bolingbrook.

“Space Force’s 1st Space Force High Border Wall Battalion is redeploying, as per President Trump’s new orders.  We will stand up and fight back against the enemies of our President.”

Donna K Smith, a spokesperson for Bolingbrook’s Department of Interstellar Affairs, said the village did not receive advance notice of the Space Force’s departure:

“After we received the text message from Space Force, our team of investigators found a hole in the ground and residents who were asking too many questions.  I’m happy to report that we filled the hole and fixed the memories of some residents.  Space Force can expect to receive our bill in the next week.  We hope they don’t force us to hire a collection agency.”

What was supposed to be a peaceful protest in support of Congressional Candidate Jim Oberweis, ended in a brawl and 15 arrests:

“We wanted to support them,” said a deputy who asked to remain anonymous.  “We all want Jim Oberweis to win against (Representative Lauren Underwood).  But they were so disruptive in the end, we had no choice.  But don’t worry.  We’re not going to charge any of them with attempted manslaughter for not wearing face masks.”

Initially, the protesters peacefully slurped drinks from a nearby Oberweis Dairy Store to express their displeasure at the close vote count between Underwood and Oberweis.  One protester described their action as “Oberweising” and hoped it would catch on among conservative activists.

The protest became violent when they couldn’t agree on a chant.  Some wanted to chant “stop the count” because Oberweis currently has the most votes.  Others wanted to chant “Count the Vote” because they feel Oberweis will get more votes as mail-in ballots arrive.

“We have to stop counting because the Cook County Democrats are flooding our district with fake ballots!” said one protester.

“Shut up Normie!” replied another protester.  “The Libtards are throwing away Republican votes.  We have to make sure they’re counted.”

Neither side provided proof of their allegations and started brawling instead.  That forced the deputies to make arrests.  All 15 were released after spending an hour in jail.  Mysteriously, no charges were filed, and there is no record of the arrests.

Oberweis denied any knowledge of the protest:  “I don’t care about fake news.  I care about splitting up Illinois—I mean serving the legal residents of Illinois.”

Despite Mayor Emeritus Roger Claar shouting, the Clow UFO Base Court of Extraterrestrial Affairs in the 109,298,291 Circuit refused to invalidate Illinois’s election.

Claar responded with an unprintable comment, and added:  “Do I need to bring in (Will County Chief Judge Richard C. Schoenstedt) to educate you?”

“Maybe he can educate you about the concept of showing contempt towards the court.  You wouldn’t like my teaching style.”

Sturgon laughed at the proposed remedy of having President Donald Trump appoint all elected officials in Illinois and Illinois’s Electoral College delegates.

‘Don’t laugh at me,” countered Claar.  “Illinois has disenfranchised Trump supporters for years.”

“Do you know what that word means?”

“It means whatever will help my President.”

“Try enjoying your retirement for a change,” said Sturgon before dismissing the lawsuit.

Melisa Quinones, a lawyer representing an anonymous resident of Bolingbrook, praised the dismissal:  “The residents of Illinois made it clear they have a thirst for voting.  Ruling in favor of Roger would have been the equivalent of pouring sand down their throats.  Voting is like water, and Illinois residents need water— Just not at outrageous rates.”

4. Illuminati forces Jeanne Ives to wear the ‘shoes of shame’

After Jeanne Ives failed to unseat Representative Sean Casten, the Illuminati sentenced her to wear the “shoes of shame” for one week.

“Our operatives risked their lives for your campaign,” said Master Councilor Lev.  “You wasted their time posting ugly signs.  You spent more time complaining about state officials than you did running against Sean.  Do you even know what office you were running for?”

“Of course,” replied Ives.  “I was running to be (Governor J.B. Pritzker’s) boss.  I was so looking forward to firing him.”

“Wrong is too weak a word to describe your thinking.”

Ives was offered a chance to apologize for her failure but refused.

“I’d rather be wrong than wearing a mask in fear of the Chinese virus.  Would you like a patch?”

For the next week, Ives will have to wear a pair of glow in the dark yellow tennis shoes with bells.   Ives, however, says she is not concerned:  “I only ran for Congress to keep my name in the news.  They’re making a big deal out of nothing.  They’ll come around when I run for Governor.  Or President.  Whatever will put me in charge of Illinois, that’s what I’ll run for.”

When reached for comment, Casten replied, “I’m happy the voters sent me back to Washington, but it won’t be the same.  Some of my friends won’t be back, the Squad gained more members, and I’ll have to listen to QAnon members make vile accusations against me.”

“I’m fine,” said Jaskiewicz.  “The monster is fine too.  Who thought it was a good idea to put a submarine in Hidden Lakes?”

According to anonymous village employees, on Election Night, the village trustees were sent to secure locations in case of election-related violence.  Jaskiewicz was assigned to hide inside a submersible pod under Hidden Lakes.  Hidden Lakes is also the home of the Hidden Lakes Monster.  It’s the smallest body of water known to have a lake monster.

“We thought the monster was in hibernation,” said an employee.  “I guess the warm weather, and the excitement of election day woke it up.”

After Jaskiewicz’s pod was placed into Hidden Lakes, the half duck half sea serpent creature wrapped itself around the pod and pulled it into the deepest part of the lake.

“Sure,” said the employee.  “Most of Hidden Lakes is shallow and was once a trout farm.  But certain areas are up to a mile deep.  That’s where the creature hides, and why it took us a while to find Bob.”

Once found, divers lured the monster away from the pod with birdseed.  Then they were able to raise the pod to the surface.

“There’s still a risk of violence related to the election,” said Jaskiewicz.  “Some politicians should know better.  Anyway, this time I’m going to be sheltering in a safe place, rather than the bottom of Hidden Lakes.”