Could President Donald Trump attempt a coup to stop the investigations into his administration?  Some Bolingbrook officials and residents say yes. 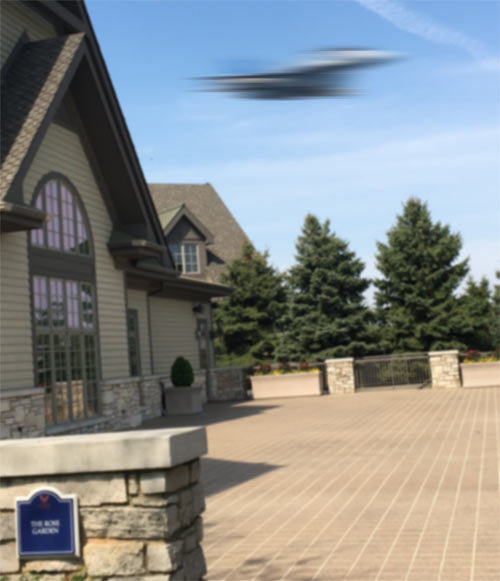 Will Russian fighters fly over Bolingbrook?

“It is only a matter of time,” said Sam from Bolingbrook Antifa.  “Trump lacks the patience to undermine our democracy slowly.  So he’s going to use either the military, militias, or Russian Special Forces to become the CEO of our country.  Bolingbrook will be ready to resist Fascism.  We have a private network in case the Internet goes down and an alt-right camouflage.  We would like Mayor Roger Claar to support us, but we will oppose him if we have to.”

Bolingbrook resident Dave, who asked that we not use his last name, claimed he saw TSA officers standing guard on Clover LN:

“I walked up to their station, and one of them approached me.  The TSA officer said, ‘This is a test.  In an actual situation, you would have been required to submit to a secondary search.’  I thought he was joking, but he showed me his badge.  I told him it was a free country, and we have the freedom to use sidewalks.  He said, ‘Not for long.’ I walked away because I didn’t want to hear his explanation.”

A DuPage Township employee, who asked to be called Bob, said he saw Supervisor William Mayer overseeing the delivery of crates of MREs:

“I asked him if he was going to feed an army.  He told me not to talk so loud.  I asked if he was serious.  He asked me what I would do if I suspected that an occupying army was coming to Bolingbrook? Would I have supplies ready for them, or would I let them raid the grocery stores?  I’m glad I don’t have to make those decisions.”

Jill, an employee at the Bolingbrook Golf Club, said she overheard Mayor Claar speaking with the chef of the Nest Bar and Grill.  Claar, according to Jill, asked the chef if he could prepare a menu that would “impress a Russian general.”  The chef, according to Jill said he could:

“When he started to ask questions about the Russian general, Roger showed him pictures of his granddaughter, and the chef forgot about his questions.”

Morgan, a long time Bolingbrook resident who asked that we not use his last name, said he was looking forward to the pro-Trump military coup:  “Roger says we need to shake things up in our country.  Nothing shakes things up like our military retaking our country from the Democratic Party!  I can’t wait to use my 150 guns for this patriotic cause!  I hope when it’s over, we get rid of all the amendments and go back to the Constitution of our founders!”

When called for comment, a receptionist for Claar said he was tutoring intern Charlene, and could not be disturbed.

In the background, a man who sounded like Claar said, “Kekistan Appreciation Day goes too far, Charline!  I’m not putting it on the agenda.”

“Come on, Roger.  Real Trump fans will appreciate your devotion to the cause, and we can make Trustee Robert Jaskiewicz look foolish when he votes no.”

“All of my trustees will vote no once he explains Kekistan to them.  Charline, I need to teach you some tried and true Republican dog whistles.”

“This is the age of Trump.  We don’t need dog whistles anymore.  We can use bullhorns now.”

Mayor Claar tries to replace Trustee Jaskiewicz with an android (Fiction) » « Report: US communists ‘woefully unprepared for the revolution’ (Fiction)