The Village of Bolingbrook stunned residents by replacing the streaming video and archives of Bolingbrook Community Television on its webpage with cryptic videos. The IT department and BCTV refused to comment on the changes. 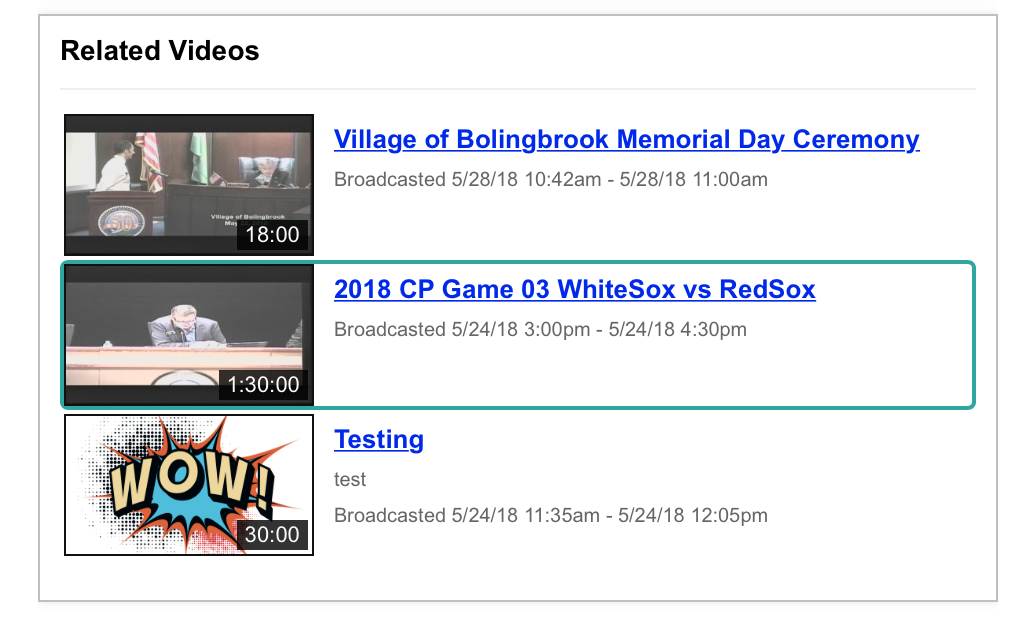 Do these videos on the Bolingbrook website have a hidden meaning? Some residents say they do.

“This is an evil attempt to force residents to buy cable TV,” said Joan Z. Miller.  “I’m sorry, but I refuse to subsidize an expensive dinosaur corporation just so I can watch village meetings.  I used to love (Bolingbrook Mayor Roger Claar), but not after this!”

Another viewer, who asked to be called Jeb, agrees: “When I’m sitting in front of the TV, I don’t want to watch a government meeting, I want to be entertained.  However, when I’m walking along the DuPage River Greenway Trail, I like to listen to the Village Board meeting.  It was so relaxing to hear (Trustee Robert Jaskiewicz) notice things the other trustees missed. Now Roger has taken that pleasure away from me!”

Currently, there are three videos on the village website.  The first is titled Testing, and it shows a performance by the Bolingbrook Community Chorus.  The second is titled 2018 CP Game 03 WhiteSox vs RedSox, but shows a Valley View 365U School Board meeting, a weather map, and an adult flag football game.  The third video is titled Village of Bolingbrook Memorial Day Ceremony, but shows 18 minutes of a Village Board meeting.  A fourth video, now taken down, showed marathon runners crossing a finish line.

Steve, who asked that we not use his last name, believes the videos contain an ominous message:  “These videos are a warning from the Bolingbrook Police Department.  They’re planning a coup against Roger. They want to take all the tax money and put it in the pension fund.  You have to put the videos in the right order to see this.  First, the officers plan on killing the Village Board.  Then the chorus will perform at their funeral.  Then they’ll distract us with sporting events as they steal our tax funds.  So if you know what’s best for you, you’ll run away from Bolingbrook.  The message is obvious— Unless you’re a sheeple!”

Blake, who also asked that we not use his last name, has another interpretation:  “Roger knows that the Second Coming is about to happen, but the liberal media won’t let him warn us.  So he’s using these videos to tell us.  The Chorus’ performance is praising God.  The liberal educators are clueless as the storm is coming.  Flag Football is symbolic of the coming challenges the Antichrist will impose on us.  All the Village Board members will be raptured.  So if you want to be saved, you need to run towards Jesus!”

Mayor Claar could not be reached for comment.  His receptionist said there is nothing mysterious about the videos:  “They’re switching steaming software, and they have to go back and recode the old videos before they can be put back online.  Everything, including the streaming video, should be back up soon.  Just between you and me, I think the new system still needs work.”

A man who sounded like Claar said, “BCTV, schedule a marathon of shows featuring my favorite woman.”

“What?  Why do you think I like Jackie Traynere?”

“You said your favorite woman was ‘Jackie Traynere No Just Kidding It’s Actually My Wife.’  The closest match is Jackie Traynere.”