Chris Kennedy, a Democratic candidate for governor, promised to shut down Clow UFO Base if elected. 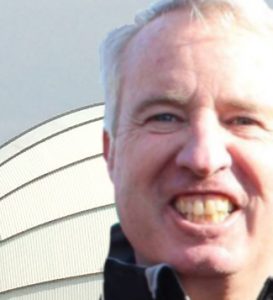 “Space aliens have no business in Illinois,” said Kennedy, during a surprise appearance in front of Bolingbrook’s Clow Airport.  “They kidnap the underprivileged, drive up home prices, and fund corrupt candidates like J.B. Pritzker.  Closing Clow UFO Base will send a message to the Deep State that we will not let you run our state.  I love that Governor Bruce Rauner is speaking out against pro-UFO politicians like Michael Madigan and Rahm Emanuel.”

Kennedy also said that the only Republican he didn’t like was Bolingbrook Mayor Roger Claar.  “He says Bolingbrook is growing, but how many residents are really humans?  Roger Claar is part of a deliberate effort to alienate Illinois!”

Kennedy spoke in front of Clow for 10 minutes before security asked him to leave.

“My campaign may be broke,” said Kennedy, as he was escorted off airport property.  “I may not have the support of the media, but I have the truth, and that will lead me to victory!”

An anonymous member of the Kennedy campaign said the Clow event was an attempt to energize the campaign.  “We scored a big hit when we accused Rahm of trying to drive out people of color from Chicago.  We wanted to do something similar to shore up the white vote, but we had to do it in a way that wouldn’t offend our progressive allies.  We thought getting rid of space aliens was the way to go.  Plus, we might even get some votes from Alex Jones’ fans.”

Pritzker did not address the content of Kennedy’s speech but did praise Bolingbrook: “I loved canvassing in Bolingbrook.  There are some great people there.  I didn’t see any UFOs in Bolingbrook, but I did get an endorsement from Jackie Traynere.

A spokesperson for the Daniel Biss campaign also didn’t comment directly on the speech, saying: “We hope that Illinoisans will support our down to earth campaign.”

The receptionist at Claar’s office denied the event happened.  “There is no UFO Base on the grounds of Clow Airport.  Just between you and me, I heard that your articles bring tourists into Bolingbrook.  That’s why Roger puts up with your paper.”

In the background, a man who sounded like Claar said: “Bob, you’ve been complaining about how I haven’t told residents about our new trash fee.  So here’s a letter I’m going to send to every homeowner.”

A man who sounded like Trustee Robert Jaskiewicz replied, “You’re naming the fee after me?”

“Don’t say I never did anything for you.”