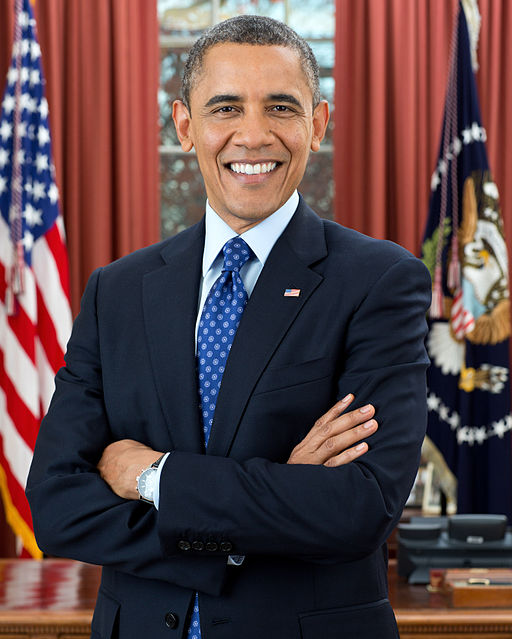 “I know that Rep. Bill Foster and Sen. Dick Durbin have campaigned for Bolingbrook United,” said a resident who wished to remain anonymous.  “Adding President Barack Obama is amazing!  It’s nice to have so much attention from around the country”.

Paul, who asked that we not use his last name, claimed that Obama knocked on his door.

“I answered and said that I loved him and voted for him every time.  He smiled and said, ‘I love you too, and I would love for you to vote for Bob Jaskiewicz, Mary Helen Reyna, and Terri Ransom, for Bolingbrook Village trustees!’  I didn’t know who they were, but I was going to vote for them!”

Blake, who asked that we not use his last name, claimed he panicked when Obama knocked on his door.

“I thought he was finally coming for my guns.  So I unlocked my gun room and yelled that he couldn’t have my guns and my ammo.  I still can’t believe what he said.  ‘I didn’t want your guns then, and I don’t want them now.  I just want you to vote for Jamie Olson for Village Clerk.  She’ll make sure your property tax dollars aren’t wasted so you’ll have money to buy more guns.’  I told them to go away.  Who should I trust?  Obama or superfreedompatriots.com.co.ru?”

Jane, who asked that we not use her last name, cried when she answered the door for Obama.

“I told him that I did a terrible thing.  I voted for President Trump, and I felt like no one would ever forgive me.  I can’t even forgive myself.  I told him that I never should have listened to (Bolingbrook Mayor Roger Claar).  Obama was so kind.  He said that he had read all the articles explaining why people voted for Trump.  He said he could forgive me, but I would have to listen to his story first.  He told me about the night of the 2008 New Hampshire primary.  He had just lost to Hillary Clinton and things looked hopeless.  However, he knew that there was still a chance as long as his supporters stuck with him.  So he told them:  ‘Yes, we can.’  The rest is history”.

“Then he smiled at me.  ‘For these challenging times, I have a new message:  Yes you can.  Yes, you can reject Donald Trump.  Yes, you can turn away from Roger.  Yes, you can walk the path of redemption. The first step is to vote for my friend Jackie Traynere for mayor.  Can you do it?’  I said yes I can.  He made me say it again.  Then he asked, ‘Will you do it?’  I replied, yes I will!  Wow!  Why was ever a member of the tea party?”

A spokeswoman for Bolingbrook United neither confirmed nor denied that Obama canvassed for them over the weekend.  She did encourage Bolingbrook residents to vote early, “but not often.”  Voters can also vote on election day, which is April, 4.

Claar did not respond to an interview request. However, his receptionist promised that he was working on securing “big names” to campaign for him during the final weeks.

In the background, a man who sounded like Claar said, “I’m not sure if you can help me. ”

A man replied, “You don’t want to misunderestimate me!  They said I wouldn’t win a second term and then they said I would go down in history as the worst president ever.  Look at me now!”

Out of character: I endorse Jackie Traynere and Bolingbrook United for the April 4 election » « Web Exclusive: New coal requirements spark protests at Clow UFO Base (Fiction)