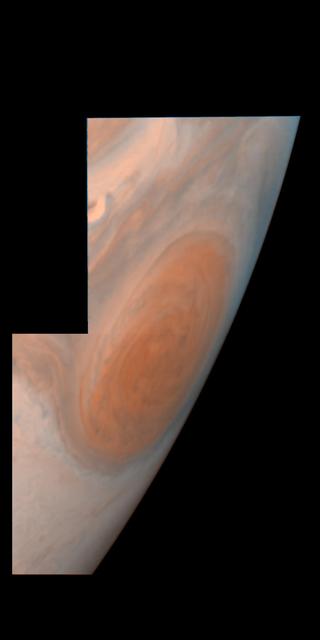 Four Space Force marines stationed at Clow UFO Base are missing following a “retaliatory strike” against the planet Jupiter.

Lieutenant Colonel Blake Z. Bush, during a press conference with the interstellar media, said: “We believe these men are still alive…And I believe they are inflicting Trump’s revenge as we speak.”  Bush is the commander of the 1st High Border Wall Battalion stationed at Clow.

Bush said the Space Force decided to strike Jupiter moments after a meteor disintegrated over Bolingbrook.  Bush explained why:

“For billions of years, Jupiter has maliciously targeted Earth.  We decided that enough is enough, and President Trump gave us permission to strike back!  Our operation proved that we are making America great again.”

The marines in the audience replied in unison: “MAGA!”

According to Bush, a Space Force fleet launched 10 nuclear warheads at Jupiter, then dropped 20 paratroopers into Jupiter’s atmosphere.  The fleet has been unable to contact them.  Members of Fireteam Bannon from the 1st High Border Wall are among the missing paratroopers.

Bush refused to name the members, but played a video of their descent towards Jupiter.  In the video, the squad dives headfirst towards the planet, firing their particle weapons on full auto.  As a fireball formed around each member, they cried out: “MAGA!”

“Lock her up!”  The marines in the audience replied.

The video ends with the marines disappearing into the clouds.

Bolingbrook Mayor Roger Claar collected himself for a few moments before commenting.  “The President had good intelligence that Jupiter was planning an imminent strike against Bolingbrook.  I pray that these good men are saving Republican—I mean innocent lives, as we speak.  They are truly making America great, and I am blessed that I will be forever remembered as the Trump Mayor!”

“If you’re an Illinois resident,” added Claar.  “Don’t forget to vote for me to be a Trump delegate at this year’s Republican convention.”

Trustee Robert Jaskiewicz, a member of the opposition Bolingbrook United Party, interrupted the press conference to criticize the Space Force:

“They aren’t missing.  They’re dead!  We’re not even sure if Jupiter has a solid surface!  Sure, we may live in a strange universe, but that doesn’t mean Jupiter is sentient.  It can’t make a choice to shield or target Earth.  Let’s be honest here:  Our President sent those men to their deaths for nothing!  It’s just a political stunt to make weak people feel tough.”

“Bob,” replied Claar.  “Just shut up and let me do the talking.  Be more like (Trustee Maria Zarate) and (Trustee Mary Basta).

Both trustees nervously smiled and slightly waved their hands while armed marines glared at them.

When reached for comment, a receptionist for Claar said he was busy and didn’t have time for an interview.

In the background, a woman who sounded like covert social media operative Charlene Spencer, said: “Igor!  Here’s the guy from Hoffman Estates we were talking about.  Mark, read what you wrote on Facebook.”

A man who sounded like School District 211 Board Member Mark Cramer cleared his throat and snarkily said: “Gonna be a GREAT Democratic Primary…. ‘I am the MOST liberal socialist running for the 54th’”

Spencer then said: “See Igor.  I told you he wasn’t one of my bots.”

“Impressive,” said Igor over a computer speaker.  “But he sounds too extremely conservative to be elected in the US.”

Cramer replied, “But I did win an election.  So I believe you can never be too conservative.”