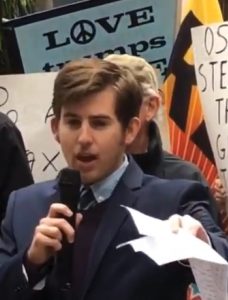 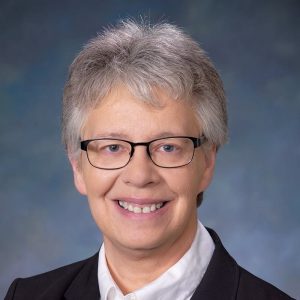 About fifty staff members of Palatine’s Rob Sherman UFO Base attended a meeting with two of the three Democratic candidates for the Illinois 54th State House District race. Maggie Trevor and Ryan Huffman were able to participate, and Syed Hussein was not.

“There are days I want to tell our local leaders about our base,” said Sheila Danforth, president of the Space Traffic Controllers Union local #2.  “Then, I remember that Tom Morrison is our state representative.  He calls himself a tax fighter, but he seems to spend more time fighting transgender people.  Can you imagine trying to explain the gender of a Ross 128 visitor to him?  He would embarrass Palatine and all humanity.  Now, these two candidates are worthy of being the first Cook County politicians to know about our UFO Base.”

Huffman introduced himself as a “data analyst, policy expert, and political activist,” who wants to continue the work he “started as a candidate for the Sixth Congressional District.”  He described his top-secret work with the Obama administration to bring alien energy efficiency devices to market.  After his failed primary bid for Congress, he became an interstellar affairs advisor for Sean Casten, who won in the general election.

“We have the chance to be part of the Interstellar Commonwealth, but it’s only a chance.  I want to lead the next generation of leaders who will prove humanity worthy of that chance.  I want to create an Illinois that is known as an interstellar beacon of progress, instead of known for its corrupt leaders.”

Huffman concluded by saying he was eager to hear about Trevor because he couldn’t find her web page.

Trevor replied: “Oh, some cybersquatter stole it while I was thinking about a second run for office.”

“They can sneak up on you if you’re not familiar with the Internet,” replied Huffman.

“You do have a campaign fund, right?”

Trevor said that in addition to being a Harvard Fellow, an assistant professor, and an analyst, she also helped establish Iowa City’s Tigerhawk UFO Base in the 1990s.  She currently runs Trevor Research Services.

“Some people say I’m the female Sean Casten,” said Trevor.  “I prefer to think of Sean as the male Maggie Trevor.”

A member of the New World Order asked Huffman why he didn’t accept their offer to run for the Palatine village board. Huffman replied: “Serious issues are facing my generation that I can address on the state level.  I don’t have time to deal with which subdivisions have to pay a fee to be connected to a sewer line when my generation needs solutions to climate change, student debt, and political corruption.  It’s time for the Baby Boomers to get out of the way and let #generationscrewed become #generationrenewal.”

“Generation X always gets forgotten in these discussions,” said Trevor.  “Let me put it this way:  I will not let Tom abort the progress we’ve made in Illinois.  I will keep working and retrying until our state’s problems are fixed, and I will not let Illinois fail.  The 54th District can do better than a Tom Morrison theocracy.”

Morrison refused to be interviewed for this article.