Representative Peter Roskam’s campaign is undeterred by one of their Facebook ads getting a “Pants on Fire” rating by Politifact Illinois. 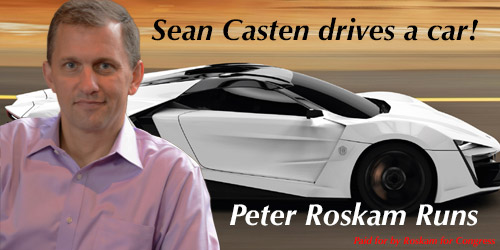 “We’re going to lite a bonfire of burning pants on Facebook!” said a campaign staffer who asked to be called Bobby.  “We won’t stop there!  We’re already flooding the Internet with web ads!  We added a new Twitter account.  We’re going to say and show anything and everything to burn down Sean Casten!”

“I thought that was next week?”

“Next week is ‘Cheating Casten.’  This weak is ‘Sleazy.’”

Flush with money from political action committees and support from the Congressional Leadership Fund, the Roskam campaign is aggressively attacking Casten.  The Cook Report rates the race a tossup, and Bobby says they are working hard to change that.

“We gave Sean a big tax cut, and this is how he thanks Peter?  No, he deserves everything we’re going to throw at him.”

When asked if the campaign would be fact-checking their ads moving forward, Bobby replied: “(Rudy Giuliani) says the truth isn’t always true.  Are you going to argue with America’s Mayor?”

Charlene Spencer, an employee at Bolingbrook’s Barber’s Corner Media, says her company will be producing the next round of Facebook ads for the Roskam campaign.  She doubts any of the ads will get a “pants on fire” rating:  “I designed the ‘Casten kisses a married woman every night ad.’  I’m sure he does kiss his wife every night.  If people draw a different conclusion, then the problem is in how he presents himself—  Not with the ad itself.”

When asked about the “Casten spends time with two younger women” ad, Spencer replied, “His daughters are younger than him.  The most the media can do is ding me with a ‘mostly true’ rating.  It’s amazing what you can create when you don’t let ethics and morality get in the way.”

Roskam invited this reporter to his West Chicago office to discuss his “pants on fire” ranking.  He spent most of the interview decrying “fake news.”:

“As I said in our only debate, don’t believe everything you read.  I mean look at my pants.  Do they look burned?  Do you see any patches?  Do you see any repairs?  I did not set my pants on fire, and that is why the real residents of the Sixth District don’t believe the news. The fake news wants you to think that I am so unpopular, I have to attack Sean.  I don’t have to have to attack him.  I want to attack him on behalf of all the real residents of the Sixth District.”

“Excuse me.  I have to deal with my teleconference town hall.”

Roskam picked up the phone and pressed a button:  “Thank you for sharing your story, Johanna.  I’m sure many people here were moved by your words.  Health care issues are the reason I love being a congressman, and I will keep writing legislation until Congress gets it right.  Thank you for taking the time to participate in this town hall.  I think we have another question.”

Roskam pressed a button and put down the headset.

“Now where were we?”