Bolingbrook’s Department of Interstellar Affairs announced that it had evacuated all humans from Clow UFO Base.  The move follows a week of protests by aliens against US Immigration policy, some of which became violent. 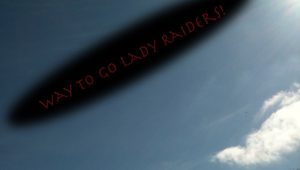 “As a precautionary measure, we have closed Clow UFO Base and sealed the access points,” said spokesperson Joan Armstrong.  “Clow Airport is still open. There is no danger at this time to the residents of Bolingbrook.  Though some aliens are stealing supplies from the airport.”

Armstrong added that residents should prepare themselves for the possible declaration of a “state of minor annoyance,” but did not state what that would involve.

The Coalition for the Respectful Treatment of Sentient Beings, which claims to represent the protesters, released a statement claiming that they had full control of Clow UFO Base:  “This weekend, we stand in solidarity with the thousands of human protesters fighting for immigrant rights.  We, too, oppose the forced separation of families, and indefinite family detention.  Human leaders say they want to someday immigrate to our planets.  Our reply is simple.  Don’t immigrate to our worlds until you fix your immigration policies first.”

Claar refused to give an interview, but the Department of Interstellar Affairs did release the following statement from him:  “Invaders have disrupted operations at Clow UFO Base.  Even though the Interstellar Commonwealth and the Illuminati partially own Clow, it is ultimately my base!  I have nothing to do with US immigration policy or immigration policy in Hungary, Denmark or Italy. These are not innocent protesters.  These are operatives working under the direction of the New World Order, hostile interstellar powers, and the Bolingbrook United Party.  They will be defeated, and the Illuminati will help me to retake Clow.  All foes must show me complete civility by next week, or be destroyed! Ford!”

Armstrong also blamed Representative Bill Foster for the situation at Clow UFO Base:  “Representative Foster’s irresponsible statements regarding immigration have inspired the criminals responsible for the disruption of operations. We need more Congressmen likeRepresentativee Peter Roskam who will keep the government out of interstellar affairs.  His willful ignorance of the existence of aliens is refreshing, and we hope will inspire real Americans to build a Red Seawall to stop the Blue Wave!”

A spokesperson for Foster laughed before ending the call.

In a video chat, an intern for the Roskam campaign denied that the Congressman was willfully ignorant of aliens:  “Peter wants solutions to real problems.  Space aliens aren’t a real problem for the residents of the Sixth District.  In fact, Peter is about to talk to the third constituent he’s met during this campaign.  This is history!”

The camera then focused on Roskam knocking on a door.  A young woman opened the door.

“Hello,” said Roskam.  “I am Representative Peter Roskam, and I am running for re-election.  I love maps, and this map says you live in a Bernie Sanders Household.  Like Bernie, I don’t like the Clinton-controlled Democrat Party.  I too want to replace Obamacare.  Sean Casten supports Obamacare.  Don’t you think this means he’s a secret Crooked Hillary supporter?”

The woman turned her head inside and yelled, “Guess who finally showed up?”

Another woman walked up to the doorway.  “Peter,” she cried.  “You finally came!”

Roskam ran away and pulled out his cell phone.  Howland ran after him.

“You’re not getting out of our debate this time!”