Bolingbrook police officers peacefully escorted a were-skunk from the 8/15/17 Village Board meeting. Mayor Roger Claar ordered the male were-skunk removed because he feared that he would spray the room.

“Our procedures for cryptid mammal removal worked,” said Officer Jill.  “Roger first sent a text message to the BCT control booth to end the live broadcast.  Then he signaled us to move in.  Trustee Robert Jaskiewicz distracted the audience with a long speech while we asked the cryptid to follow us.  I’m sure Robert is going to be mad that BCT didn’t televise his entire speech, but he did help us, which we appreciate.”

The alleged were-skunk, who asked to be called Sid, denied that he had any hostile intentions.  He claims that he was there to support Claar: 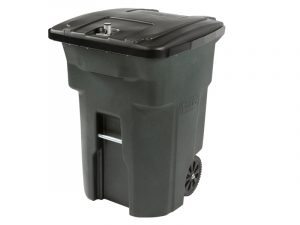 “We heard a rumor that (Roger) was going to discuss a proposal to provide trash toters to all residents.  All because some residents don’t like my cousins eating their garbage.  I also heard that Roger was going to imply that requiring trash toters is a bad Democrat Party idea.  So I wanted to be there to support him.”

Sid added that Were-Skunks, like most omnivores, prefer a variety of foods, besides grubs:

“My cousins love Bolingbrook because sometimes residents will put their garbage on the curb the night before trash pickup.  My braver cousins like to stay up late and open up trash bags after the residents go to work.  Toters make it very hard to get at the tasty food.  It’s so hard for my Chicago cousins because they have to deal with the city’s toters.  Bolingbrook is like a skunk paradise.  We’re not going to let Bolingbrook United take away our free buffet!”

After being removed, Sid said he was disappointed in Roger.  “Roger said nothing when his assistant said he was hoping for a cold winter so my cousins would die.  That was so insensitive!  All we do is eat the food your voters throw out.  Sure we spray, but only in self-defense.  We can live together, and you can learn so much from us.  Just stop acting like Naperville residents!”

Charline Z. Spencer, the public relations intern for the Village of Bolingbrook, denied that a were-skunk was at the village board meeting.

“Where do you get these stories?  The truth is the viewers on BCT suffered through an extra long meeting.  Roger felt that if he kept broadcasting Robert’s speech, there was a risk of viewers dying of boredom.  That’s why we had to de-platform Robert and replace him with a video of an 80s cover band.”

In the background, a man who sounded like Claar said, “Why can’t we redefine residents as anyone who lives within Bolingbrook’s boundaries who supports me?”

A man replied, “Because the state—”

We schedule a certain amount of airtime for the Board meetings. Normally it was for 2 hours. The meeting went over by quite a bit… We have to login remotely to change the time.  We did it twice. But we didn’t get in time for the third time.
For that, we apologize. But it was only trustee comments that got cut.