The Skeptics Society is now the official skeptical organization of the Illuminati. 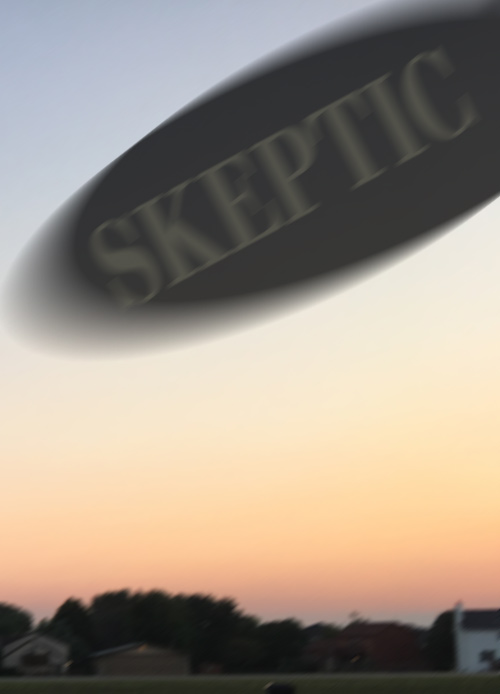 A UFO greets the Skeptics Society at Clow UFO Base.

First Lady Melania Trump announced the decision during a press conference at Bolingbrook’s Clow UFO Base.  She explained that since evicting the Center for Inquiry, and Skepchick, from all Illuminati controlled bases, a “debunking gap” has formed.

“The illegal New World Order advertise that they have the best debunkers working for them.  That is an alternative fact!  Our alliance with the Skeptics Society means that we not only have the best UFO debunkers in the world, we also have the best gas lighters, period.  Illuminati bases are now the only rational choice for any visitors to the best planet in the universe.”

“Michael knows that my husband is the key to transitioning from global order to global chaos.  It is natural that he would choose to ally his society with the Illuminati.”

Shermer reached for Mrs. Trump as she approached the table.  Mrs. Trump and her guards glared at him.  Shermer backed away, then addressed the press:

“When I need a UFO sighting debunked, I will be happy to only deal with one group of skeptics.  Skepchick staffers were OK, even if I didn’t agree with them.  With CFI, I never knew where they stood.  One minute they were liberal.  The next they were conservative.  You never knew.  With the Skeptics Society, I know I’m dealing with an organization that is committed to the goals of the Illuminati.  Ford!”

Claar then announced the cancellation of the Skeptics Guide to the Universe live recording at Clow.  As the aliens expressed disapproval, Claar explained that he made the decision because the SGU were still loyal to the New World Order.

A reporter said, “I think I remember Skepticality.  Will Swoopy be part of the live recording?”

“No,” answered Claar.  “She’s too busy with school work.”

The aliens expressed their disappointment.

“(Expletive Deleted) you!”  Said Colanduno.  “I work hard to produce these episodes!”

Farley, who seemed to be in a better mood, said he was excited about the upcoming recording.  “What’s the harm in supporting the Illuminati?  There is no harm!  It’s great, and I can’t wait to touch the glowing orb.  Fnord!”

Colanduno said it was time to look forward.  “I don’t want to harp on the past. I can’t keep looking in my rear view mirror. Brian Dunning said it best: We have purged the irrational and emotional frauds, and now have a pure skeptical movement that is dedicated to reason and—”  He jumped up from his chair.  “Science!”

Shermer then was tossed back onto the stage and crash-landed on the table.  An alien from Barnard’s Star planet walked out.

Shermer stood up.  “Female oversensitivity seems to be a universal problem.”  Shemer laughed, but no one else did.  “Now we will show the funky side of skepticism by inviting George Hrab on stage for a special performance.”

Claar then inquired: “I thought Tim Minchin was going to be the performer?”

Shermer replied: “He insisted on playing the Pope Song in front of Melania.  So I had to send him home.”