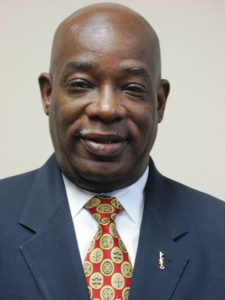 Bolingbrook’s Deputy Mayor Leroy Brown died on October 31, 2017.  He had had open heart surgery earlier in the month.  Brown became a trustee in 1993 and a Deputy Mayor in 2000. He served in both positions until his death.  The Bolingbrook website has more details about his career and his life.

I never spoke with Leroy. However, I did see him at Village Board meetings, read about him in the local press, and watched him on BCTV.  I did send him an e-mail to settle a debate over whether the village website had his correct e-mail address.  It did.  Leroy never replied.

While we would have disagreed about politics and religion, my impression of him was that he was a friendly man who did care about the community. The organizations he volunteered for will miss him.

Yesterday, not only did Leroy die, but there was also a death in my family. I don’t take comfort in believing that Leroy is looking down on Bolingbrook, or that my deceased relative is offering to teach Leroy how to play Settlers of Catan. Instead, I found comfort when I looked up this quote from Richard Dawkins:

“We are going to die, and that makes us the lucky ones. Most people are never going to die because they are never going to be born. The potential people who could have been here in my place but who will in fact never see the light of day outnumber the sand grains of Arabia. Certainly those unborn ghosts include greater poets than Keats, scientists greater than Newton. We know this because the set of possible people allowed by our DNA so massively exceeds the set of actual people. In the teeth of these stupefying odds it is you and I, in our ordinariness, that are here.We privileged few, who won the lottery of birth against all odds, how dare we whine at our inevitable return to that prior state from which the vast majority have never stirred?”

Though we were on opposite sides of the political divide, I am glad that Leroy was one of the lucky ones.