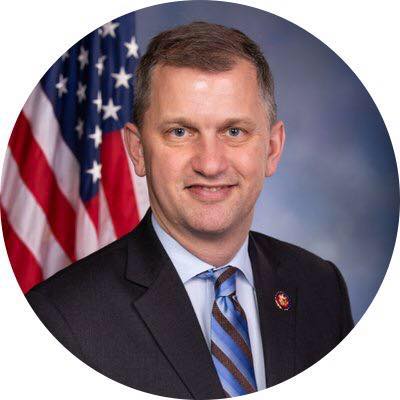 Will Rep. Sean Casten be denied another term by the Illuminati?

Z1, the NWO’s newest Illinois administrator, spoke during a presentation in Lisle:  “This gerrymandering plan will demolish the Illuminati’s plans to destroy the United States’ democracy. We will take out at least one Illuminati aligned Republican, and possibly take out Illuminati Congresswoman Newman with the foolishly neutral Congressman Casten at the same time!  Sean chose not to take sides in the great war for the fate of human civilization. Sean, when you stand in the middle of a battlefield, both sides will shoot at you!”

Z1 then announced that former Representative Dan Lipinski will be the NWO’s candidate for the proposed Sixth Congressional District.

“Flip the Sixth back to me!” said Lipinski.  “I am honored that Z1 has selected me to restore America as the country that will rule the world.  I’m glad that the NWO will support my efforts to rescue my Congressional seat from that woman.  The Democratic party doesn’t need so-called progressive leaders.  It needs leaders who are willing to reject (Homophobic term deleted) privileges, ban Abortion, and make health care unaffordable again!”

The Illuminati and New World Order have been at war since 2016 when Illuminati forces launched a surprise attack following the election of President Donald Trump.  The Illuminati seized, and continues to control, most of Earth’s UFO Bases.  In Illinois, the Illuminati control Bolingbrook’s Clow UFO Base, while the NWO hold Rochelle’s Hub 35, Peotone UFO Base, and Rob Sherman UFO Base in Palatine.

Casten, a former employee at Clow, has always maintained his neutrality, and has advocated for reducing the role that all secret societies have in managing Earth’s UFO Bases.  Since his election in 2018, he has asked both the Illuminati and NWO to use their influence to combat global warming.

The Illuminati released a statement saying they were not worried about the NWO’s redistricting plan:

“The Illinois Democratic Party and their NWO masters are just rearranging chairs on a sinking ship.  Our Republican operatives will soon control the elections in the rest of the country.  Democracy will fall, and Illinois will be isolated.  In four years, the leaders of Illinois will have to face reality.  They can either surrender, or beg Canada to annex the Chicago area.”

Casten, Lipinski, and Newman couldn’t be reached for comment.

Aliens allowed to go trick or treating in Bolingbrook
Trump announces his own secret society: The Trumpinati
Mayor Lightfoot threatens to hire weredogs to replace unvaccinated cops
God to smite Bolingbrook on 10/31/21