Over 100 thousand humans and aliens attended a contentious Democratic Primary debate at Clow UFO Base between Rep. Bill Foster and challenger Rachel Ventura.  It was largest the political gathering ever held at Clow. 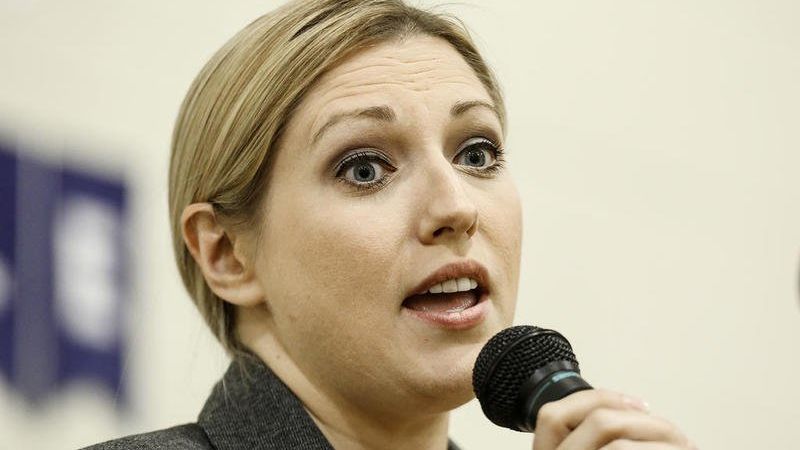 Unlike the subdued debates the two had with the Sun-Times and the Daily Herald, this debate featured cheering sections for both candidates.  Foster’s contingent included a pep band and cheerleaders, while Ventura’s featured a card stunt team and a person wearing an Earth mascot suit.

“Don’t be afraid to show your campaign spirit,” said Master of Ceremonies John Z. Parker.  “We’re not here to learn about their stances.  We’re here for the verbal combat!  So, cheer on your warrior!”

Ventura’s opening statement accused Foster of being a moderate:

“People in the middle of the road get run over.  For nine years, the Republicans have been running over Bill.  If we’re going to save our planet, we need to start running over Republicans before they lead us to extinction.”

“I’m starting to wonder if my opponent is addicted to campaigning.  She ran an unsuccessful camping for Joliet City Council.  Then she ran for the Will County Board and won.  Less than a year into her term, she decided to run against me.  If she’s elected to Congress, I wonder if she’ll resist the urge to run for Mayor of Bolingbrook?”

Later in the debate, the moderator asked the candidates how each felt about the deteriorating relations between Earth and the Martian Colonies since President Trump’s election. Ventura shocked the audience by calling residents of the colonies “Martians.”

“Do you understand that they prefer to call themselves ‘Colonists’?” asked the moderator.

“Yes, and honestly, I don’t care what those pretentious aliens think.  Bill Foster cares more about the hurt feelings of some Martian politician than he cares about the suffering of his constituents.  That’s why I support the Green New Deal.” 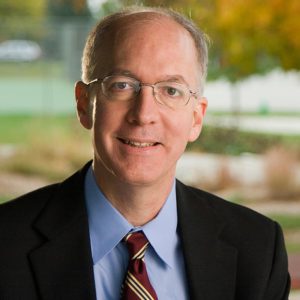 “The Colonies is the most advanced civilization in the galaxy and the most hostile towards humanity,” countered Foster.  “We don’t want to provoke them into annihilating us.  Calling them ‘Martians’ instead of their preferred term, ‘Colonists’ is not only rude but irresponsible.  How would you like it if I said I couldn’t tell the difference between you and a Lactobacillus?”

When the moderator asked both candidates to discuss who has endorsed them, Ventura proudly mentioned former Presidential candidate Marianne Williamson’s endorsement.

Williamson then astrally projected herself onto the stage:

“Fellow sentient creatures,” announced Williamson.  “I declare this debate over, and Rachel Ventura the winner.  I know she will lead the fight against draconian vaccine requirements, and endlessly investigate the scam of anti-depressant drugs!”

“Oh?  Well, then I’ll just say that all illness is an illusion and the key to universal health care is to dispel the illusion!”

“That doesn’t help either.”

“My fellow sentient creatures!  I am being glib.  Disregard what I just said.”  She then vanished.

Foster chuckled.  “You’re not the only one who’s been endorsed by fringe Presidential candidates.”

Andrew Yang then walked on stage.  After the audience cheered for a minute, he offered to spray whipped cream into Foster’s mouth.  Foster declined.  Yang then endorsed Foster:  “Bill is the co-chair of the Task Force on Artificial Intelligence.  That means he’s the only candidate in this race who understands one of the most important issues of the 21st Century.  Artificial intelligence will affect all Americans, including the residents of the 11th Congressional District.  That is why it would be dumb to vote for anyone other than Bill Foster.”

“Artificial Intelligence?” asked Ventura.  “Oh please!  Both of you are out of touch with the real residents of my district.  That’s why my campaign created a YouTube video making fun of Foster’s A.I. phobia!”

“Rachel, despite all your bluster, you’re just a politician.  Let me break down the math—”

“I’m a mathematician!  Don’t you dare mansplain to me! I’ll break it down for you.  Is AI keeping our families from getting health care?”

“Depends.  Doctors can refuse to see patients in order to improve their scores, but AI could also help doctors make quicker diagnoses, and provide personalized treatments.  That would be a benefit to the residents of your district.”

“AI is an important tool in the fight against climate change.  AI powers climate models and can be used to develop the technologies and techniques that will be needed to fight climate change.  And since you didn’t ask— automation will affect all congressional districts, no matter what Paul Krugman says.  What are you going to say when automated trucks replace truck drivers, and robots replace warehouse workers?”

“I won’t go down the robot rabbit hole.  Our district will only be saved by the Green New Deal!”

“The only thing that will save the world is a Freedom Dividend.”

After repeating those words for several seconds, Yang was escorted off stage.

“The Illuminati is winning the world against the global order,” said Ventura.  “They are the only hope for our planet.  I look forward to working with AOC and (Bolingbrook Mayor Roger Claar) to navigate the chaos and create better communities in our district.  Fnord!”

“Yes the New World Order has flaws,” said Foster.  “But embracing the Illuminati is not the answer.  They are creating chaos and division so they can exploit us.  They don’t want to solve climate change.  They want to exploit it.  If you want a better world after climate change, then vote for me, and I’ll help bring about the right changes at the right pace to get the job done.  Don’t let them divide us.  Let the New World Order unite us.  E Pluribus Unum!”

After the debate, both sides sent representatives to try to spin the interstellar media’s coverage of the debate.

“Bill has always been here for us,” said Will County Board member Jackie Traynere.  “He’s like the doctor who knows what you need, rather than the doctor who will give what you want.  We need more representatives like him.”

“I don’t like Democrats,” said Claar.  “But I love what Rachel’s doing to Bill Foster.”

Many in the audience found the debate entertaining:

“I loved hearing the dueling talking points,” Said Xidoxo, who would not state her home planet.  “Too bad Trump is going to be crowned dictator in a week or so.  He’ll probably arrest the winner of this primary.”

Guest Opinion: Now get to work (Mixed) » « Op-ed: Bolingbrook United’s Response to the 2020 State of the Village (Non-fiction)