Village Trustee candidate Maripat Oliver told a New World Order (N.W.O.) rally that she is the true heir to the Bolingbrook First party. 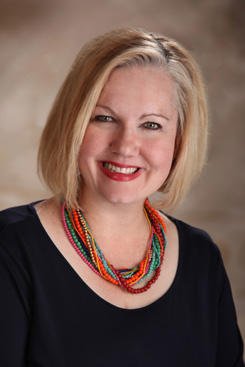 Speaking at an N.W.O.  rally held under Nancy’s Pizza, Oliver told the enthusiastic audience that Claar’s political party, First Party for Bolingbrook, wasn’t responsible for what she called the “success of Bolingbrook.”  She also questioned the First Party’s commitment to Bolingbrook.

Oliver did not mention the other opposition party, Bolingbrook United, but did say there were “good people” running for office besides her.  She also promised to maintain the Bolingbrook First party tradition of being “People friendly and business friendly.”

“I don’t know about you,” said Oliver.  “But compelling one business to dig a hole in the parking lot of another business is not an example of a business-friendly government.”  This was a possible reference to Andy’s Custard attempting to construct a second location in Bolingbrook at the suggestion of Claar.  Though planned to be completed in 2018, it is now slated for opening in 2019.

The crowd yelled “no!”

A woman then yelled, “Actually—”

A Man in Black started to approach her.

“Let’s talk about candidate Michael Carpanzano.  Did you know that when Michael was the Executive Director of the Bolingbrook Chamber of Commerce, he gave an award to (Trustee Robert Jaskiewicz)?  That was back when Bob was on Roger’s good side.  Now that Roger doesn’t like Bob, Michael now doesn’t like Bob.  Community champion?  More like a suck-up to Roger champion.  That is not putting Bolingbrook first.  Uh oh.  I guess he’s going to block me.  Who hasn’t he blocked on Facebook?”

The crowd started chanting, “We will not be carped!”

“I know Sheldon loves to serve the community.  I hope someday he learns that serving Roger is not the same as serving Bolingbrook.”

Oliver admitted to her past affiliation with the Illuminati, but said she had learned from her mistake, and promised to “oppose the chaos they are inflicting on Bolingbrook.”

After concluding her speech, the public address system started playing Ministry’s song N.W.O.  She shook a few hands then stage dived and was crowd-surfed her around the auditorium.  When they returned her to the stage, she led a chant of “a new world order!”  When the chant ended, she said, “We supported Roger.  We’re not about to make that mistake again!”

Paulette, who asked that we not use her real name, said Oliver lifted her spirits:

“Between Trump and Roger, it’s been a hard two years for the Bolingbrook members of the N.W.O.  Now that we’ve liberated the Bolingbrook First party from Roger, I’m hopeful again.  We will reclaim Bolingbrook.  E Pluribus Unum!”

Before the rally, the crowd was entertained by a garbage toter drill team and a warm-up speech by current DuPage Township Supervisor William Mayer.

“Roger sicced the dogs of Edgar County on our township.  When Maripat is elected, they will follower her to the village board meetings.  Let’s see how Roger feels when they scrutinize how his board conducts business.”

From the webmaster: Taking a Holiday Break (Fiction) » « The Roger Claar Party launches first attack ad against the First Party for Bolingbrook (Fiction)