David Silverman, former president of the American Atheists, will open a “Transformative Humanist Center” in Bolingbrook.  Opening in Bolingbrook Commons early next year, the center promises to be a “moderating force” in the village. 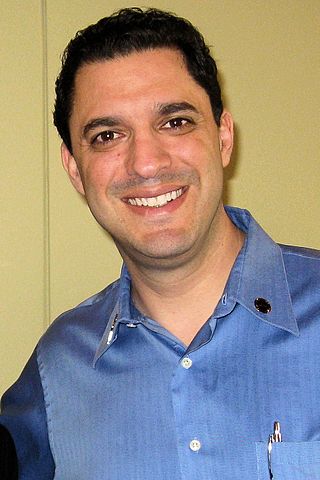 “Bolingbrook is a divided community,” said Sally Z. Carter, the director of the Bolingbrook Center.  “Some residents support the mayor.  Some residents oppose the mayor.  This arguing is pointless.  We need to focus on what is really harming our community: Religion.  Humanist.com, I mean Transformative Humanism, will bring the village together.  We’re already doing a great job!”

Though the village filed a lawsuit to keep Liberty Temple out of Bolingbrook Commons, Carter does not foresee any problems with Mayor Roger Claar approving the Center:  “We are the top of the horseshoe!  We are opposed to those who want to impose peaceful ethnic cleansing of Bolingbrook’s residents, and to those who want to force residents to live under the rule of Social Justice.  We are militant defenders of the status quo, and, in Bolingbrook, Roger Claar and his Bolingbrook First party, are the status quo.  Once Bolingbrook is united, we can work together to reduce the number of places of worship infesting our village.”

Carter refused to talk about Silverman’s firing from American Atheists, or who hired him to be the director of Transformative Humanism:  “The first 100 people who register for our reasonably priced classes on humanist forgiveness will receive a signed copy of Fighting God.  Belief in God is the real enemy of Bolingbrook.”

A receptionist for Mayor Roger Claar said he was in a meeting and could not be disturbed.  In the background, a man who sounded like Claar said: “Charlene, did you send a fake text to (DuPage Township Trustee Ken Burgess) about a parade volunteer?”

“I can’t recall.  Can you be more specific?”

“The text that has sent DuPage Township spinning further into chaos and endangered my candidate for state representative?”

“Maybe, or maybe the allegation is true.  Either way, it just goes to show why we should abolish Illinois township governments.  My client, Governor Bruce Rauner, would be happy to educate you.”

“No.  Just try not to spread so much chaos in my village.  Can you do that?”

“I can limit the amount of chaos I will unleash upon the village.”

A receptionist for Silverman said he was on a phone call, and could not be disturbed: “Humanist.com, I mean Transformative Humanism, will reveal our plans when we are ready to.”

In the background, a man who sounded like Silverman, said: “You linked to my web page.  You know how angry your followers are.  That was cruel.  I had to take down most of the pages just to protect myself.  Seriously?  PZ, let me tell you that I have been out of the public spotlight for more than seven weeks.  That should count for something.  How dare you call it that.  It was just a surprise session of S and M.  Don’t you like surprises?  You’re no fun.  No, you need to see the big picture.  I’ve seen the future.  It’s only a matter of time before the militant centrists in government stage their coup against Trump and turn power over to the Intellectual Dark Web.  When that happens, you’ll be sent to a philosophy camp, and I’ll be the toast of Washington D.C.  Of course, I can protect your fellow bloggers and you from this fate.  All you have to do is shut up and give me your money.  Hello?”

Mayor Claar defiant as Clow UFO Base reopens (Fiction) » « Are you registered? (Non-fiction)