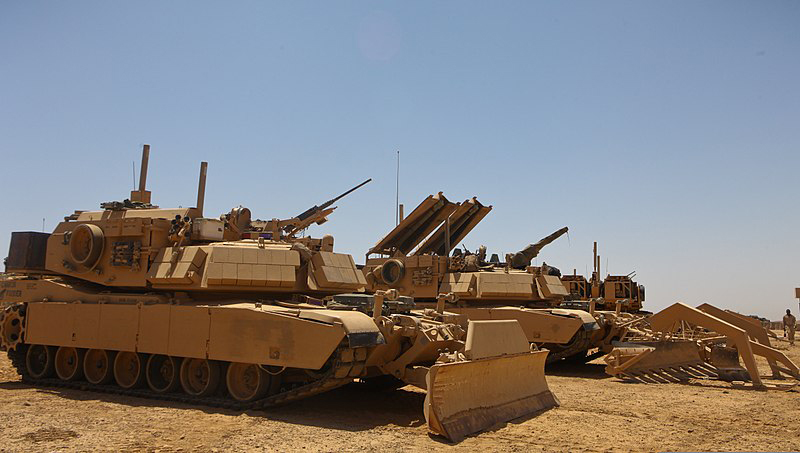 “Palatine Township Residents see reports about ANTIFA every day on Fox News,” said one of the sources.  “We’re buying these vehicles, at a discount, to reassure our voters—I mean residents—that we will not ignore their fears, no matter how unfounded they are.”

ANTIFA, which stands for anti-fascist, is a movement consisting of activists and cells who actively oppose the fascist movement.  It is not a formal organization, and there is no leadership structure.  While most members’ activities are limited to identifying fascists online, the ones confronting fascists at demonstrations get the most publicity.  According to the ADL, there has only been one murder that is possibly connected to ANTIFA.

M1150 vehicles are used by the US Military to clear landmines and improvised explosive devices. They have seen extensive use in Afghanistan.

Despite no instances of ANTIFA using roadside bombs in the United States, the sources insist the M1150 vehicles are vital to the defense of Palatine Township’s 18 miles of roads.  One of the sources, Amy, blames the Cook County Democratic Party for “endangering” Palatine Township:

“We’re under attack by Democrats!  They’re threatening to remove our candidates from office, placing signs in people’s yards, and knocking on our doors!  If we don’t stop them, they’ll raise our taxes, turn the Highway Commissioner into an appointed position, and offer assistance to residents who rent!  The Republicans have run this township for decades.  The Democrats might have imposed (Representative Sean Casten) on us, but they can’t impose their will on our township!”

“Taxes are already too high.  We’re not going to raise them.  We might even lower them if an independent audit determines we could save money by eliminating the Highway Commissioner’s office as a taxing body.  One less tax to pay!  As for that tank claim:  I don’t know if that’s true, but I promise you, as the last Palatine Township Highway Commissioner, I will not waste taxpayer funds on military equipment!” 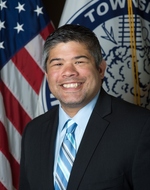 An associate of Del Mar, who asked not to be identified, denied there were any plans to buy M1150 vehicles. He said during a video call:  “While you’re making up false charges, Aaron is promising to save taxpayers’ money.  That’s what really matters.  Just watch him speak to this legitimate voter!”

In the video, Del Mar stood six feet away from a front door, talking to a resident.

“So,” said Del Mar.  “I understand that you saw my debate with that guy, and have a question.  Ask away.”

“Yeah,” replied a woman.  “I have a big question.  What the (expletive deleted) is organic brine?  It sounds like you’re buying overpriced saltwater from Whole Foods.”

Del Mar laughed, then said: “It’s brine with beet juice.  I may be a Republican, but I’m always willing to use environmental terms.”

“I understand your confusion.  Not everyone has a degree in Public and Environmental Management from Indiana University.  Plus I’m an accomplished businessman, Republican Committeeman, and athlete as well as a family man.”

“Wow!”  replied the woman.  “Being Highway Commissioner leaves you with too much free time.”

Del Mar laughed again:  “Yes, because I do my job efficiently and I have so much energy!  Look at me.  If it weren’t for the Cook County Democrats, we wouldn’t have an election because I am the most overqualified Highway Commissioner in the history of township highway commissioners.  Everyone in Palatine Township should thank God that I am in charge!”

The woman slammed the door.

“But I’ll accept your vote instead.”