A mysterious music video supporting the Bolingbrook Independent Voices party disappeared seconds after it was uploaded to every major social medial network. 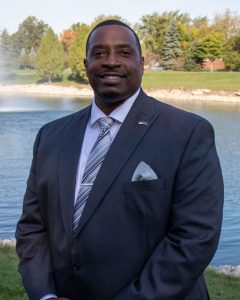 The video featured The Who song “Won’t Get Fooled Again.”  In the video, the masked members of an “air band” pretended to use BIV yard signs as musical instruments while they pretended to perform the song.  The video additionally featured several choreographed dances, including one in which members of Bolingbrook United and the First Party for Bolingbrook step aside and allow BIV members to march through.  Also featured in the video were rapid cuts of photographs featuring Sheldon Watts, BIV’s candidate for Mayor, and members of the First Party, including former mayor Roger Claar.  There are also clips of masked BIV supporters smashing Bolingbrook United and First Party yard signs, in apparent homage to Who guitarist Pete Townsend’s infamous guitar smashing antics on stage.  All the witnesses agreed that the video looked like it was produced by professionals.

“I was so excited when I saw it,” said Jolanda, who asked that we not use her last name.  “But when I tried to share it, Facebook said there was no video.  Not only did Facebook block it, but they made it appear it never existed.  But I know it was real.  (Acting Mayor Mary Alexander-Basta) must have used her power to censor it!  She must have deleted it because she knows Sheldon would rock as mayor!”

Charlene Spencer, a volunteer for BIV and a covert social media operative, said she was aware of the video, but denies that BIV or her were involved in its production:

“Obviously the residents are so excited about being able to vote for Sheldon’s slate that they’re spontaneously creating music videos.  Bolingbrook United and politicians putting Roger first can censor their videos, but they can never censor the will of the Bolingbrook residents.  At least until the Republicans take over Illinois and pass their voter suppressions laws.  Anyway, on April 6, the Claar Dynasty will end, and Sheldon will usher Bolingbrook into an age of science and faith.  Trust me, you’ll understand once he wins.”

Rondel Parker, a Bolingbrook United candidate for Village Trustee, said he wasn’t aware of the video and denied that his party removed it from Social Media:

“Obviously, you’re trying to trick me into owing the Babbler a debt.  Well, it won’t work.  I don’t believe in debt.  I don’t have debt, and I’m going to get rid of Bolingbrook’s $200 million debt!  Don’t worry.  It will only hurt for a little bit.”

“Like I have that kind of power over the Internet.  While I have you on Zoom, there’s something I need to bring up.  I’ve heard some people are wondering why Congressman Danny Davis named me one of the Top 20 Global Women of Excellence. Let me assure you that it’s not a cover story for a Cook County Democrat’s endorsement.  The fact is I’m a woman and Roger says I’m doing an excellent job.  Therefore I’m a woman of excellence, and I deserve to be recognized alongside other great women, like (New Zealand Prime Minister Jacinda Ardern).  I’m sure Bonnie is going to mention that unfortunate incident with Rev. Sun Myung Moon, but she’s just so negative.  Everyone is entitled to a mistake or two in their lives.”

Later in the interview, Watts entered the room and said, “You have sunk to a new low, even for a Trustee-Mayor abomination.”

“Can this wait?” asked Alexander-Basta  “I’m taking a short break from my oh-so-demanding job by chatting with this reporter from the Babbler.  You know, Sheldon, this job is so demanding that I don’t know how anyone with small children could handle it.”

“Very funny,” replied Watts.  “But you won’t be laughing once I tell the voters that you had a meeting with a member of the Egyptian government.”

“Of course I have.  If you’d been paying attention you’d know that Bolingbrook is a globally recognized community, and it’s only natural that global leaders would want to contact me, one of the top twenty excellent women in the world, and the mayor of Bolingbrook.”

“Don’t play coy with me,” Watts replied.  “I don’t think it’s a coincidence that he would—”

“She timed her meeting so it would appear in the news on the eve of early voting.  That means she’s trying to generate positive news coverage to help you win.  You’re letting the Egyptian government interfere with our election!”

“That’s ridiculous, but even if they were, so what?  Would you stop voting for my agenda if it were true?” asked Alexander-Basta