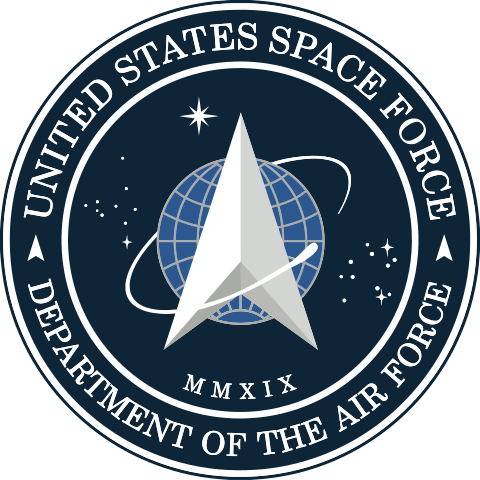 Citing unrest on Earth, both the United States Space Force and the Martian Colonial Fleet announced increased patrols in the Bolingbrook area.  Both sides have bases in Bolingbrook.

“Space Antifa is invading our country!” said Peter Z. Miller, spokesperson for the 1st Space Force High Border Wall Battalion stationed in Bolingbrook.  “They are attacking Kenosha, have a beachhead in Portland, and are sabotaging Chicago!  We will not let suburban housewives in Bolingbrook be subdued by these aliens.  We will not let them destroy your home values.  Our battalion has a message for the Colonial Fleet: You will not survive our storm because where we go one, we go all!”

The Martian Colonial Government released a statement defending their increased patrols in Bolingbrook:  “Earth’s meme pandemic threatens the safety of all visitors to Bolingbrook.  Clow UFO Base may be sealed off from human traffic, but its staff members are still endangered by the meme infected humans surrounding it.  Our new effort will protect members of the Interstellar Commonwealth, and deter the space weaklings from harassing our solar system!  Some humans in Bolingbrook might be also protected as a result of our actions.”

According to eyewitnesses, new patrols have already created tense situations. Several eyewitnesses at the March on Bolingbrook reported an apparent near-miss between a Space Force interceptor and a Colonial destroyer.

“The UFO was just hovering over us,” said Tasha, who asked that we not use her last name.  “It wasn’t bothering us.  Then these weird airplanes charged at it.  I was worried that they were going to collide.  Instead, the UFO became translucent and the airplanes flew right through it like it was a ghost ship.  I guess the UFO was protecting us.  It’s nice to know that aliens believe that black lives matter.”

Other eyewitnesses claim that soldiers from both sides nearly shot at each other at the Bolingbrook Portillo’s.

“I was nervous when I saw those two men wearing blue camouflage,” said Mary, who asked that we not use her last name.  “They were eyeing two Black men I’d never seen before.  Then one of the camouflage guys yells he’s under attack and starts firing at us.  I thought we were goners, but his shots were blocked by a force field.  The two Black men stood up and said something in a weird language.  The camouflage guys said something about coming back with better weapons.  Things are really getting bad around here.  My friends say I should vote for Trump to save us from Joe Biden.  But I don’t remember the country descending into anarchy when Joe was the Vice-president.”

Steve, another eyewitness, added: “The scary thing is, if I had thrown my shake at those shooters, and gotten killed, people on the Internet would say I deserved it and then bring up my dirty laundry.  When did it become a crime to defend yourself from a mass shooter?”

The eyewitnesses said the Men in Blue arrived and both soldiers left.  Patrons were offered refunds for their meals and were told not to tell the mainstream media what happened.

A receptionist for Mayor Mary Alexander-Basta said she was in a meeting and could not be disturbed.

In the background, a woman who sounded like Alexander-Basta said: “You know, instead of being divided by party, we should try to work together as one big family.”

A man who sounded like Trustee Robert Jaskiewicz said: “That’s why I nominated you to be the mayor.”

“Great.  So you understand why it’s important for a family to speak with one voice during a crisis?”

“What are you getting at?”

“What I’m getting at are the new COVID mitigation measures our region is under.  Every voter hates them, and we don’t want the voters to hate us, right?”

“I hate them too, but what’s your solution?”

“We need to make sure that every time we mention them, we point out that they were imposed on us by the state and county.  So Bolingbrook voters will blame (Governor JB Pritzker) and (Will County Board Member Jackie Traynere) instead of us.”

“Wait a minute.  We shouldn’t be pointing fingers.  We should be taking the lead to get this virus under control in Bolingbrook.  Maybe we should be following the University of Illinois’ example and encourage mass testing of residents.  Then we can have the infected people isolate themselves until they’re no longer contagious.  We could also explain that the virus is airborne and it’s safer to serve customers outdoors instead of indoors.  Then we can get the positivity rate down and be an example for the rest of Illinois to follow.  Let’s show some real leadership for once!”

“You just have to be the pariah of our family, don’t you?”

Editorial: Death of Trump supporter in Portland is wrong too
Generation ship crew agrees to avoid Earth on election day
Will County confirms interplanetary absentee ballots will arrive from Peotone UFO Base
God to smite Bolingbrook on 9/3/20