At a press conference in Joliet, The New World Order announced that it will build UFO Bases in Peotone and Palatine.  Both bases are expected to compete with Bolingbrook’s Clow UFO Base, which has been controlled by the Illuminati since 2016. 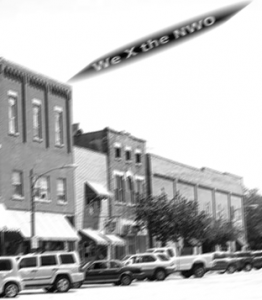 “Will County may never get a major airport,” said County Board Speaker Jim Moustis, “But we are getting a new UFO base.  I think we’ll be the only county in the country with two bases.  Just think of all the tax revenue we’ll receive.  Oh, and we’ll also be one of the most important counties in the galaxy.  You can’t forget that.”

Moustis announced that District 4 Board Member Jackie Traynere will be in charge of the county’s new Interstellar Affairs Committee:  “I wanted to appoint someone from the Republican Party, but we couldn’t get around the fact that she worked the hardest to secure this base, and has the most experience dealing with our new taxpayers—I mean aliens.”

Traynere laughed and thanked Moustis:  “Our new base will allow us to reduce the tax burden on residents of Will County.  More importantly, it will allow the board to fully fund all of its public services.  Personally, I hope that we use the extra money to provide single-payer health insurance to our residents.  At the very least, it will provide the county with resources to survive the coming chaos President Trump is going to inflict upon our country.”

Christian Cairy, a former candidate for Will County Board, announced that he supported the new base. (That is why he decided to withdraw from the race.) He also added that the New World Order tried to get him thrown off the ballot.

“You didn’t need to forge that Democratic ballot, but I guess it worked out because I wanted out of the race.  (Bolingbrook Mayor Roger Claar) was creeping me out with his Illuminati rituals.  He wanted me to drink from the Cup of Chaos, then sign a contract using ink mixed with my blood, his blood, and the trustees’ blood.  Then Roger introduced me to an alien.  It wasn’t a little green man.  It looked disgusting.  Roger said if I swore allegiance to the Illuminati, the alien would take me on a trip to Uranus. Ew!  Anyway, The NWO promised to rewrite my memories so I can go back to being an ordinary Republican.  I can’t stand knowing that the Babbler was always right.”

Cairy asked that Traynere not miss any more meetings and promise not to impose taxes on Amazon purchases.  Traynere replied her new job should give her time to attend all the meetings, and that Amazon has been paying the Illinois sales tax since 2015.

“For years, Cook County has begged us for a UFO base.  The problem is we didn’t want to deal with the Chicago political machine, but we couldn’t deny the advantages of a base located inside Cook County.  Then, it occurred to us that if we located the base in Palatine, it would still be in Cook County, but far enough away from Chicago that Rahm Emanuel’s influence would be limited.”

Xavier then said he had to leave to give Mayor Jim Schwantz the good news:  “I’m going to have to explain aliens and secret societies to him.  I can’t wait to see the look on his face when he learns the truth.  However, I don’t look forward to telling him that he won’t be able to tell Representative Peter Roskam about the base.”

Neither Claar nor Schwantz could be reached for comment.

A video chat request to Roskam was answered by an intern:  “Look, I don’t know if Peter is a Democrat or Republican, but I do know that there’s no such thing as UFOs.  Why don’t you cover the real news?  Like right now is the second time Peter has spoken with a resident on the campaign trail.  Do you know how rare that is?”

The camera turned to show Roskam talking to a man sitting in a wheelchair.

“Thank you for defending the Americans with Disabilities Act,” said the man.

Roskam smiled.  “It’s the least I could do since I’m taking away your health care and Social Security.  You’re welcome.”