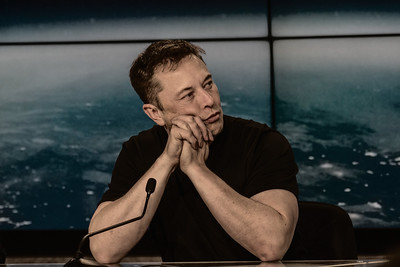 Our council of psychics nailed their predictions for 2022. Sen. Joe Manchin didn’t support the Build Back Better plan. Elon Musk suffered a disaster, and The Rift: A Bolingbrook Babbler Story was the top selling Urban Fantasy/Sci-Book set in Bolingbrook that didn’t mention Drew Peterson.

So armed with these successes, we’re proud to announce our council of psychics shocking predictions for 2023!

Mayor Alexander-Basta will announce that she will use an AI to “supplement” Bolingbrook’s current managers. Trustee Michael Carpanzano will hail the AI as an example of the “Bold, forward thinking that puts Bolingbrook first!” However, the AI will be shut down with no explanation. Anonymous sources will claim the AI’s advice amounted to “raising taxes and abolishing all villages services.”

Congress will debate a bill to ban TikTok in the United States become of the company’s connection to China. Supporters of the ban will claim it TikTok is being used to steal personal information from US Citizens.

An anonymous Chinese official will deny that the Chinese Government uses TikTok to spy on US Citizens.

“We wanted to create an app that would cause Americans to humiliate themselves willingly on the Internet. That’s the real goal of the algorithm. Though we’re pleasantly surprised by the success of #Booktok. When the time is right, we’ll use it to promote the Little Red Book 2.0.”

The Bolingbrook Village Board election will heat up when a First Party for Bolingbrook candidate is overheard praying for God to bring Bolingbrook Independent Party candidate Sheldon Watts “home.” When asked about the controversy, Alexander-Basta will reply, “I think Sheldon will need God to take him home after the voters declare their independence from him.”

A judge in downstate Illinois will rule that the Democratic Party’s existence violates the state constitution and will order all elected Democratic officials to resign or face arrest.”

In his ruling, the judge will write: “Let’s be honest. There’s no way this ruling will survive an appeal. But it will secure lots of Republican votes when I’m up for reelection.”

One member will say no because they know more about Illinois’s laws than any lawyer or judge in the state.

Elon Musk will insist on piloting Starship on its first orbital flight. At first, the mission goes so well, humanity will almost forgive him for bankrupting Twitter. Just before landing Starship, Musk will announce, “The technology that will guide my ship to a safe landing is the same auto-pilot technology used in Teslas.”

That turns out to be Musk’s final sentence. Starship will crash into the launch tower, killing Musk. An investigation will determine that the autopilot detected the ground but decided it didn’t need to stop because no one important would die in a crash.

Space X and Tesla stocks will plummet, and Musk’s fans will insist he faked his death to “trigger the libs.” Alleged photos of Musk alive and in hiding will circulate for centuries.

I am also the author of The Bolingbrook Babbler Stories. For book updates and a free ebook, sign up for my newsletter. Pathways to Bolingbrook, and The Rift are available at Amazon and elsewhere. You can support my work by buying one of my books.