No, I am not confused, thank you. It is astonishing how many people still ask bisexuals this question, even within the LGBT community. Being 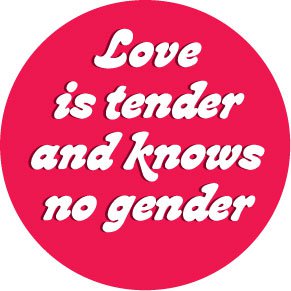 capable of emotional and/or sexual attraction to persons of same-sex and opposite sex does not mean bisexuals are confused about their sexual orientation.

BISEXUALITY is romantic or sexual attraction toward males and females; it also encompasses attractions to all gender identities and biological sexes. Because Bisexuals do not fall into the normative heterosexual attraction or the homosexual narrative does not mean bisexuality is invalid or in any way confusing. Bisexuals are people who are capable of sexual attraction to same, opposite and/or all genders. It really is as simple as that.

Please, do not dump the ‘confused’ label on bisexuals just because you are reluctant to think beyond the regular narrative.

What is so annoying about this question is the judgemental tone that usually accompanies it.

No dear, my sexual orientation does not have anything to do with my libido or the number of partners I have had or 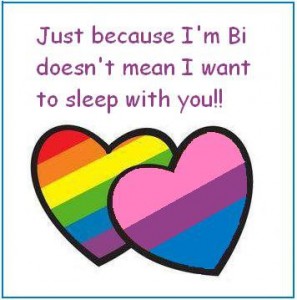 choose to have. For example:

There are bisexuals who are virgins.

There are bisexuals who are in monogamous relationships.

There are bisexuals who are in polyamorous relationships.

There are bisexuals who are in polygamous relationships.

There are bisexuals who are not in any relationship.

There are bisexuals who have sex regularly.

There are bisexuals who do not have sex regularly.

Bisexuals are like, well, everyone else on planet earth!

Our sexual orientation is not an indication of how often we have sex or the number of partners we have.

When you ask Bisexuals if they are not just being greedy, what you are really saying is that being capable of sexual and/or emotional attraction to same and opposite sex is greedy. Do not equate our sexual orientation with greed. There is no correlation between sexual orientation and greed.

We do not ask homosexuals and heterosexuals if they are just being greedy, why do we continue to pose this question to bisexuals?

If, whenever you hear the word bisexual, ‘greedy’ is what springs to your mind, you need to clear your mind of misconceptions. Educate yourself; greed does not come into the definition of any sexual orientation.

It is tiring when I get this from within the lgbt community. On many occasions, when i am at an LGBT program, I have had to bring to the attention of organisers that Bisexuals are not represented in their event even though it says it is an LGBT event. At the end of such programs,

lesbians, who claim they want to know about bisexuality, approach me. This can be tiring and it makes one wonder what they thought the B in the LGBT stands for. I do not expect that bisexuals should have to constantly explain what bisexuality is to members of LGBT community at an LGBT event. Imagine having to explain to an LGBT audience, what homosexuality means.

Also, being a bisexual and proclaiming it at an lgbt event makes you the ‘other’ person, in what otherwise should be your space too. There is this ‘otherness’ of bisexuals. It is as if Bisexuals are suddenly an exotic dish served up for scrutiny. People think we owe them an explanation as to why we are different. Moreover, if we do not convince our fellow L&G that we are really one of them, we forever remain the “other” who does not belong even if tolerated within the LGBT community.

Although it was an LGBT event, the speakers comprised mainly of lesbians and gays with one transsexual and no bisexual speaker. The speeches and comments were all about gays, lesbians, and the occasional Trans tokenism was thrown in. During the question and answer session, I commented on the lack of bisexual representation in the selection of speakers. I noted that as a bisexual, I was glad that the T was represented but sad that the B was missing. It still felt like they were not aware of other demography within the LGBT beyond the L and G. It sure did not feel like my event. It did not feel like I matter in the discussion. It did not feel like they even knew my sexual orientation exist. As a bisexual, I was invisible. To them, Bisexuality was non-existent and Bisexuals do not exist!

After the event, interested persons came up to me to discuss my observation further. I found myself explaining what bisexuality is repeatedly to members of my own LGBT community. Even though I was not a speaker at the event, I ended up speaking and answering so many questions that my mouth became dry, I got a parched throat and developed headache from having to explain bisexuality 101 to an LGBT audience!

I do not go to LGBT events to explain what bisexuality is to lesbians and gays. I do not expect lesbians would appreciate it if as a member of the LGBT community; I started asking them what lesbianism means. I don’t ask gays what gay means, I don’t attend LGBT event to ask what homosexuality means.

As members of the LGBT community, are you saying you have never wondered what the B in LGBT stands for? Why do lesbians and gays think bisexuals owe them an education on bisexuality? You should do your own research.

I attend LGBT events because I know it is my community. I do not expect to be served up as the ‘other’, or as an exotic dish that needs some explaining for people to fathom.

Please, gays and lesbians, stop asking bisexuals what bisexuality is. As members of the LGBT community,  you should to do your homework.

2- “Does this mean you are now lesbian/gay?” (When bisexuals dates same-sex)

“Are you now straight/Heterosexual?”(When bisexuals date opposite sex)

NO, the fact that I am in a same-sex relationship does not mean I am now a lesbian or gay. 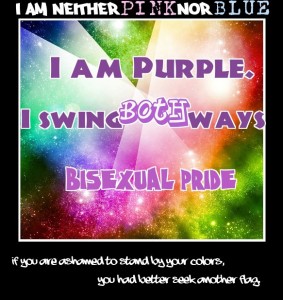 The fact that I am in an opposite sex relationship does not mean I am now heterosexual.

My sexual orientation does not change with the gender of my partner!

My sexual orientation does not change every time my relationship status changes.

No, my sexual orientation does not change with the biological sex or gender identity of my partner, married or otherwise.

Also, not having a partner or lack of sexual activity does not change my sexual orientation.

Yes, I am still a bisexual whatever the gender, sexual or marital status of my relationship.

1- “Was your last relationship with a man or woman?”

Whenever a lesbian shows a sexual/emotional interest in me, the first line of questioning is an inquiry about the gender of my last partner.  “Was your last relationship with a man or woman?” they inevitably ask. Of all the questions lesbians ask when they first meet a bisexual they might be interested in, this is the one I find most irritating and highly annoying.

The gender of my last partner is not an indication of whether I am going to leave you for the opposite sex.

The gender of my last partner won’t tell you how i rate on the Kinsey scale or my fluid sexuality spectrum.

The gender of the last person I was in a relationship with is not a clue as to whether I would cheat on you.

The gender of my last partner will not tell you anything beyond the fact that I am bisexual.

Since you already know I am bisexual, why ask this annoying question?

The question is invasively scrutinising.

If I told you my last relationship was with a man, you start thinking “Maybe she really prefers men.” No, I am not experimenting.

If I told you my last relationship was with a woman, you start thinking, “Maybe she is actually a lesbian who has not accepted it yet.”  No, I am not in denial.

We do not go around asking prospective partners if their last partner was black or white, tall or short. This would be considered distasteful as well as politically incorrect. So, why do we think it is OK to ask bisexuals the sex of their last partner?

This question always comes across as scrutinising and judgemental. If you want to be my lover, don’t start by ask 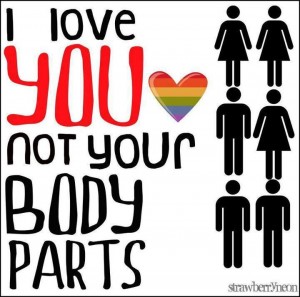 ing me about the biological sex or gender identity of my last partner. What you need to know from the very start is that I am bisexual. If that makes you uncomfortable in anyway, work through your issues before trying to get it on with me. Thank you.

Let’s talk about Bisexuality and Biphobia