Once upon a time

I could call you a friend

Together we chart the trends

We built castles with stars

In laughter and in tears

Pain and pleasure we shared

Two but as one we paired

Because you were my friend

But now you are a fiend!

What happened to our bond? END_OF_DOCUMENT_TOKEN_TO_BE_REPLACED

I shared my post about the Twenty Reasons I am distressed by Religion and its Believers on my Facebook wall and as usual, some religious believers felt the need to defend religion with the usual “Religion is not harmful; it is some few bad believers that  make it appear so“. I am really tired of explaining to self righteous religious believers that their religion is in and of itself harmful and yes, it causes us non believers, distress. Here is an example of such comment from a decent person who just happens to be a religious believer.

My dearest, religion if practiced in truth and in spirit is a way to cope with life’s difficulties.
Do not be distressed. If you can teach people how to cope with difficulties, you have a religion.
Religion is a discipline, a way of life to deal with life issues. Some have become predators using religion to take advantage of others—those I abhor.

I gave you my definition of religion. My definition does not include preying on children and calling them witches. No. Those who prey on others in the name of religion must be brought to line seriously.
Religion is about grace, mercy and faith and hope….We live by the principles of those who have been passionate and died for a cause. It is a choice and a way of life. Everyone has a religion.

While I appreciate and understand the way this commenter tried to paint religion, I must point out that Religion in its ordinary and accepted meaning is not “a discipline” or “a way of life to deal with life issues.” Religion is based on the belief and practice that END_OF_DOCUMENT_TOKEN_TO_BE_REPLACED 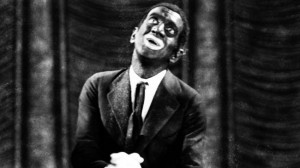 urdered black teenager! I can’t believe we still have to educate some white people on why black face is never OK.

It is surprising that even some supposedly progressive white friends on social media think their black friends are being oversensitive about Blackface. Any friend of mine who hits me with the bullshit  “Don’t be too sensitive about racism” will get not just a mouthful of sensitive words but also get lectured, if not immediately booted out.  If knowing the history of Blackface, you still choose to find and justify some ‘good’ intent behind it, you really need to check your privilege.

For those who still do not know the origin of Blackface or who want to live in denial, please do your research on the history of Blackface before you don your racist Halloween costume or defend those who think Halloween is not complete without Blackface. END_OF_DOCUMENT_TOKEN_TO_BE_REPLACED