Lately, there has been no end to the bad news making the rounds so much that watching the news has become depressing. Nepal suffered an earthquake that killed thousands with many entombed in their own houses, hotels and museums. More than half a million people have been rendered homeless. The earthquake also triggered an avalanche that hit Mount Everest leaving many seriously injured and some dead. 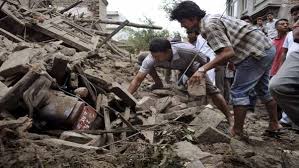 One cannot even begin to imagine the terror those people must have felt in their dying hour. It is heartwrenching to see the pains on the faces of the victims’ families as they confront the galling reality that their loved ones are buried underneath all that rubble and their bodies might never be recovered for proper burials.

The pains etched on the faces of survivors tell stories of horrors and gratitude. It seems, in the midst of the sorrows, pains, deaths, and survival; we still must celebrate life. Every life saved amidst these ruins is a cause for celebration. Every dead body pulled out is a cause for sorrow.

To die in such horrific and agonising manner is painful to imagine. In most cases, death really is not as much the problem as the manner and cause of it. END_OF_DOCUMENT_TOKEN_TO_BE_REPLACED

On March 20, 2015, xenophobic attacks broke out in Durban, South Africa, some disgruntled South Africans turned on their neighbours, viciously attacking foreigners, mostly immigrant black Africans. This set in motion a wave of anti-immigrants attacks. The locals accused migrants of taking local jobs. They wanted the foreigners out of their country. Since the attacks, many deaths have been recorded and thousands of foreigners have fled for their lives, with many rendered homeless and in hiding.

A Mozambican man, Emmanuel Sithole was stalked, stabbed and murdered on the streets by vicious South Africans, According to reports, many including policemen watched while he pleaded for his life. 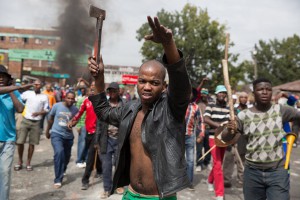 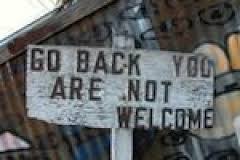