When Time Out London invited the leading actresses of the new film, “Suffragette”, to be photographed for its October 2015 issue, they did not envisage the heated debate that ensued. The photoshoot featured the stars of the movie, Meryl Streep, Carey Mulligan, Romola Garai, and Anne-Marie Duff posing in t-shirts bearing Emmeline Pankhurst’s quote, “I’d rather be a rebel than a slave.” The appropriateness of the t-shirts message was called into question. Reactions to this debate have been very enlightening as well as disturbing. The photoshoot provided another opportunity to see white feminism in action and the reaction shows how difficult it is for feminists of colour to be heard in a visibly white world. 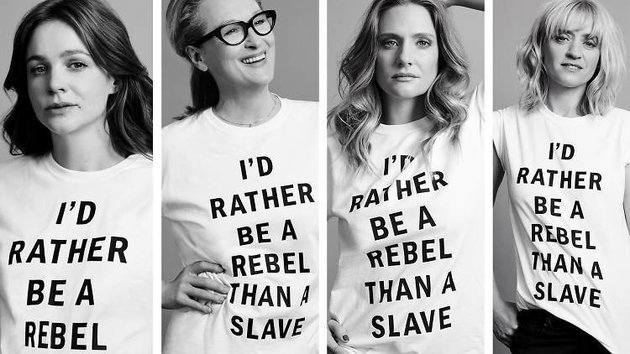 Below are 8 reasons why the quote on the t-shirts is inappropriate, insensitive and offensive as a promotional material for a 21st century film that seeks to promote equality.

My ancestors were humans who were carted off from Africa and made slaves in foreign lands. They did not have 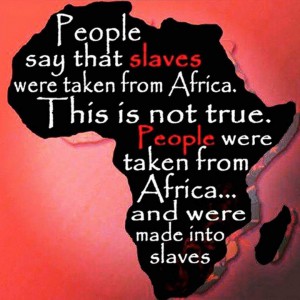 the luxury of choosing between being a rebel or being a slave. No one would “rather be a slave”. Many of them were rebels but this did not save them from being slaves. They did not just hand themselves over to their captors. They did not just roll over and decided to live the slave life. They did not choose to be separated from their families and land of births.

Captivity was forced on them. Slavery was forced on them. Many were born into slavery. Being a rebel in the sense of organising protests and speeches under police protection and throwing animal blood at their fancily dressed “Masters” were not options available to them.

However, the fact that millions of my ancestors died as slaves in foreign lands did not mean that many of them were not rebels. There were rebellions on the slave ships. Many died with their rebellion stories that will never be told. END_OF_DOCUMENT_TOKEN_TO_BE_REPLACED