October is Black History Month in the UK and what better year to celebrate this than 2020. The past events of 2020 has shone a light on racism in the US, UK and other parts of the western world including China re its reactions to black people living in China during Covid19. 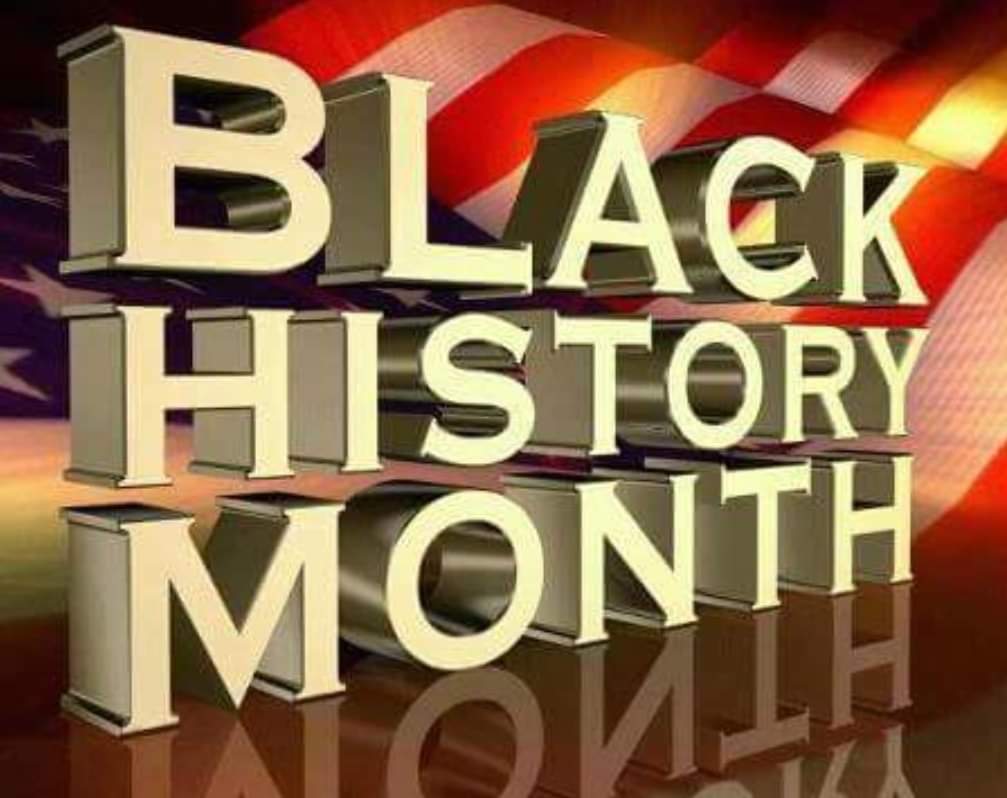 From the police murder of Gorge Floyd and his last haunting words, “I can’t breathe”, to the white supremacists lynching of Ahmaud Arbery while peacefully jogging on the streets, the brutal murder of Breonna Taylor while sleeping in her own bed, the disproportionate police stop and search of black people during covid19 lockdown in UK to the many Black Lives Matter protests worldwide, 2020 has indeed been that strange year of strange happenings and reckonings too.

It is not unusual for people to ask why we need black history month. My answer is, 11 months of the year is white history month, it is the default history. It is what is taught in our schools every day. White history is the creed and the tenets we are urged to learn and live by every single day of the year. Surely, it is not too much to set aside I month of the year to shine light on the history of black members of our society. It is white history month all year round, just as it is heterosexual history month all year round. I’m definitely happy to officially be able to grab the headlines with my struggles, achievements and celebrations of my whole self at least one month a year. Black History matters too.

Some have argued that celebrating Black History month further divides rather than includes. I’d say the spirit of inclusion would be fostered by the knowledge we stand to gain through engaging in Black History Month. It’s a month we make that extra conscious effort to learn, share experiences and ask questions such as – What are these hidden contributions of black people to world history? Why are Black people so ill-treated? Is Windrush scandal a reflection of disregard of Caribbean people’s contributions to British History? Who are these unsung black inventors, heroes and heroines? What does equality really look like? Why are there so many complaints because Tesco featured a black woman in its advert? Why should Black Lives Matter?

For me, Black History month is a great time to reconnect with my root as a black person, to feel the pain and the triumphs of my people amidst all the racial struggles in this white privileged society I live in.

It is so sad that Black history is not taught in British schools; history, they say, are written by victors and of course, they write it in their own favour. Colonialism and the appalling, inhuman act of 400 years of Trans-Atlantic slave trade set black people back 400 years. Cultures were lost, so many native languages wiped out and people forced to assimilate into a new culture that was deemed ‘superior and civilised’, yet, artefacts looted from my so called ‘uncivilised’ black ancestors adorn the British museum galleries. I hope and wait with bated breath that one day, these artworks that are testaments to the great empires of my black ancestors will be returned to their ancestral lands and be reunited with the descendants of their makers. Black history needs to be taught in all schools at all level. Black children need to know they have black heroes and heroines they can be proud of. 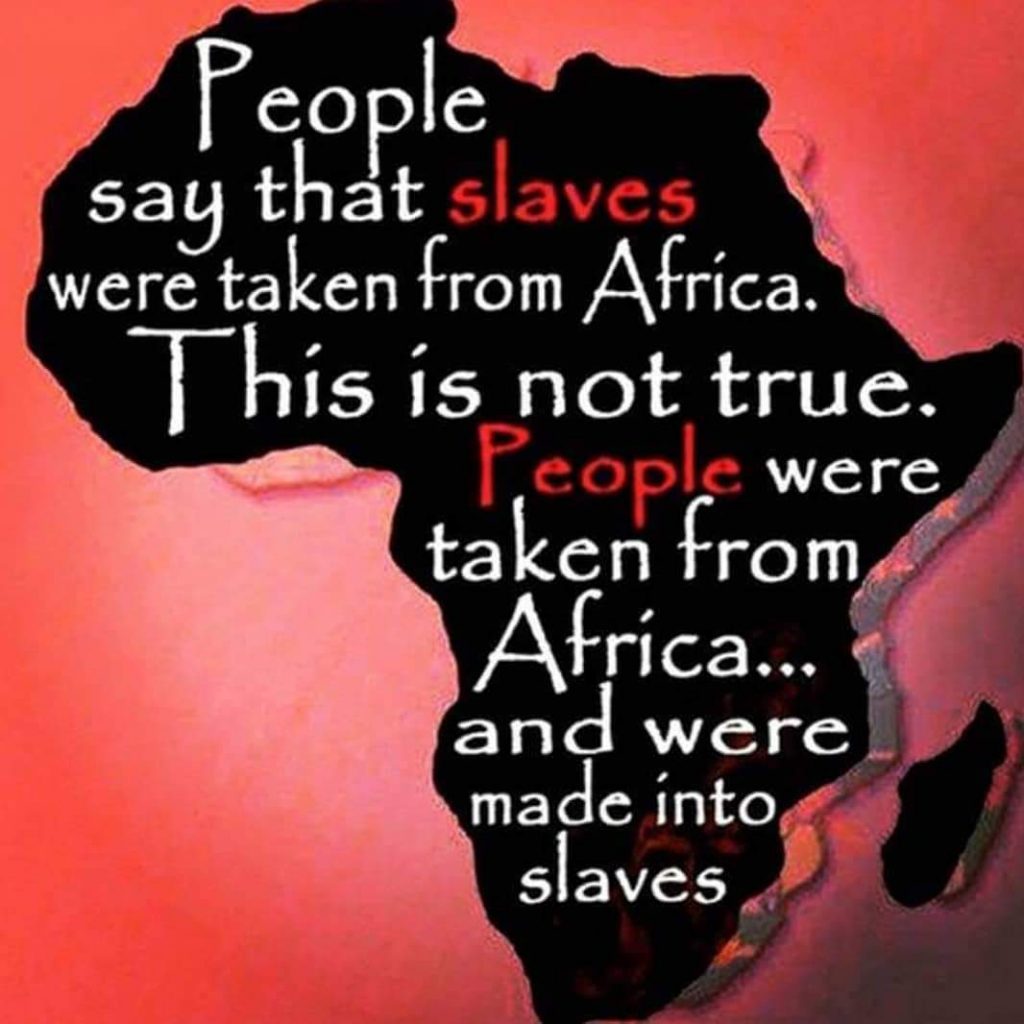 These people were made into slaves in foreign lands to build the wealth of empires and white slave owners. A stupendous wealth of which descendants of these slave owners still reap from today. The consequences for the descendants of African people that were taken and made into slaves include Racism, low income due to redlining and segregation, economic disparity, police brutality, disproportionate arrests and a loss of identity for many African Americans whose ancestors were displaced. Imagine never being able to trace your root and not knowing the language your ancestors spoke.

So many atrocities have been committed just because one race believed (some still believe) that they are superior to other races. White people need to acknowledge the wrong done when they engaged in trans-Atlantic slave trade and colonisation. Honest discussion about racism, its impact and acknowledging how deep-rooted it is, will pave the way for change.

My heart breaks for every Black/Brown child who has been told that their skin colour is ugly and inferior. We are taught that Black is evil. It is an appalling society that created these divisions and discrimination, and are in one way or the other, still upholding these racist beliefs and systemic /institutionalised racist structures.

The famous Educator and strong white ally, Jane Elliot, conducted an interesting experiment with school children based on eye colour. Pls, google it, everyone should watch it and read about it.

As black children we are told we are not good enough, as adults we face same discrimination at workplaces. They tell us our accent is not good enough, our faces do not fit in leadership positions, we are systematically denied promotions etc. Black History Month affords the opportunity to change the narrative. To remind our black children that they are beautiful just the way they are. To celebrate all that is black in them and about them.

It makes no sense to determine that one person is superior to the other based on their skin colour, yet that is what racism did, what slavery did, what colonialism did. Unfortunately, this is what some still seek to uphold.

Everyone is entitled to human rights and dignity of person regardless of race, skin colour, sex, gender identity, geographical location etc. Human right is an inalienable right; it is not something you give to someone out of the benevolence of your heart. It is sad that we still need to demand, scream, protest for our human rights, in this day and age. White-supremacy or racism of any sort does not belong in any civilised society. A society that thrives on racism does not deserves to be called modern or civilised. We can do better; we must do better.

As a white person, please educate yourself about how deep rooted racism really is and how the system is built to uphold racism. Stop being so defensive when we mention racism. Listen, Learn and Act. Only then can we truly begin to dismantle racism. Listening is great for understanding, Action is important for accountability. I look forward to a better understanding and accountability on racial issues.

As Black people, we need to decolonise our history and tell our stories.

To me, Black history month is 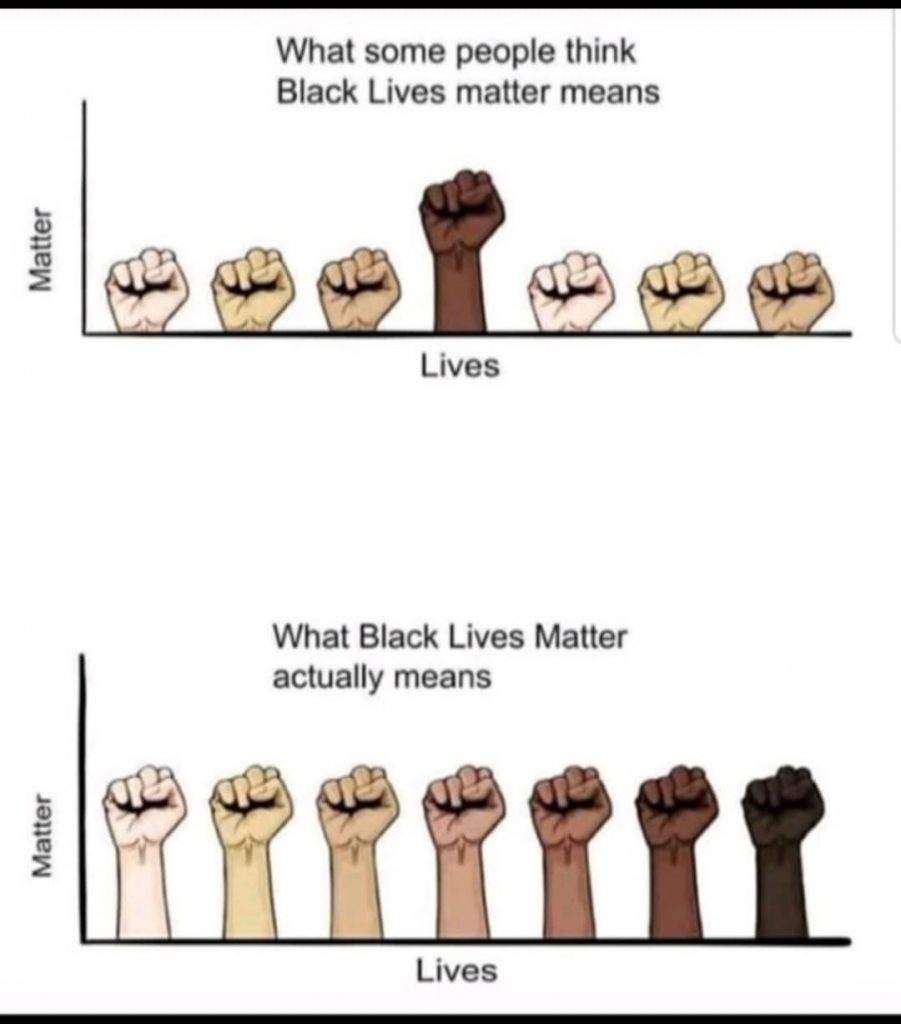 My history. My reality.

My Pain. My celebration.

My story to tell.

Your conscience, a lifetime to cleanse.

As we celebrate Black History Month in UK –

Think Justice For All.

Stand up to Racism.

Stand up for Black Lives Matter.

It is the logical thing to do. Do not allow racists and xenophobes divide us. There is strength in diversity, together we are stronger. A better world is possible; be part of the solution, not the problem.