Sexuality rights remain a controversial issue in many parts of Africa; it is not just a controversial issue but also a taboo subject. Many countries in Africa still criminalize homosexuality. Sodomy laws remain part of the criminal laws thereby making it legally possible to persecute sexual minorities. For example Zimbabwe, Kenya, Uganda, Nigeria, Tanzania and Ghana all have laws under which homosexuality can be prosecuted. In South Africa, where the constitution recognizes same-sex relationships, gays and lesbians are often attacked, molested and persecuted for their sexual orientation. Many African societies do not provide enabling environments to discuss sexual orientation issues. Homosexuality has been condemned by many African leaders as Immoral, Un-African and a ‘White man’s disease’.

In Nigeria, lawmakers are resurrecting a version of a widely condemned anti-homosexuality bill. Nigerian Lawmakers in a bid to rally popular support needed a scapegoat and the LGBT community provides an easy target.  Poverty, corruption, unemployment, lack of security and the growing menace of terrorists groups like Boko Haram are some of the many problems bedeviling Nigeria. Rather than focus on these urgent problems, Nigerian lawmakers decided instead, to come in a ‘straight’ mass orgy of corruption to bully the gay minority; a cause always guaranteed to provide the otherwise unpopular lawmakers cheap, majority support. When will they stop discussing who is sleeping with whom and start making laws to move this underdeveloped, oil rich nation forward?

In the book, Freedom To Love For All: Homosexuality is not Un-African, Yemisi Ilesanmi takes a critical look at Nigeria’s ‘Jail the Gays’ bill. In this interesting collection of her articles on Nigeria’s Same Sex Marriage Prohibition bill, she makes a brilliant case for LGBT Rights as Human Rights and effectively debunks the myths surrounding homosexuality in Africa. Yemisi Ilesanmi also raises concern on what she termed ‘The deafening silence of Nigerian Human rights activists on the homophobic bill’. She sheds light on homophobia in Nigeria and the forces driving the ‘Jail the Gays’ bill in Africa.

Excerpts from Freedom To Love For ALL: Homosexuality Is Not Un-African: 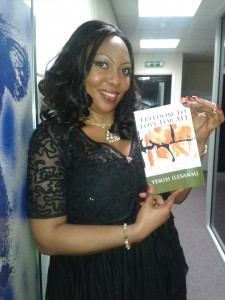 “Sodomy law is a foreign import; it is a relic from the colonial era which former British colonies inherited. The law, like most old colonial British laws, had a very high religious influence, the name of the law itself points to its biblical origin. Britain has since repealed sodomy laws in its homeland. Unfortunately Nigeria and many other African countries still cling to this antiquated law antiquated law and many now think it is an original, home-grown, African law.”

“There are many things that could be said to be “Un-African”, for example, laws allowing women to inherit land or criminalizing female genital mutilation could be said to be Un-African. Also, giving women the right to vote or participate in public debates was considered Un-African in some African societies. We must also not forget that Christianity, Islam and their attendant festivals like Christmas, Easter and Ileya are all Un-African; these, not homosexuality, are the real western imports”

“Unfortunately, neo-colonialism and mental slavery continue in Africa through the heavy influence of evangelical missionaries who, having lost ground in their western countries to Equality Rights Acts, have now invaded African churches and are inciting members against homosexuals.  These evangelicals are also sponsoring bills against homosexuals in African countries; some of these churches are particularly from the USA.” 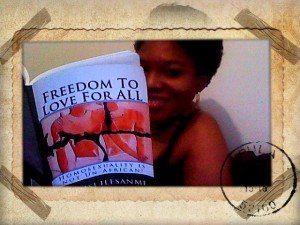 “It is sad that African leaders have created God in their own selfish, corrupt and bigoted image. Oh, wait a minute; Africans have actually lost the Gods they originally created. This new God Africans so reverently quote is actually the precious God of their colonial masters. Africans now revere and understand this imported God more than the original owner. Why are Nigerian religious leaders so backward? I suspect Ignorance and hypocrisy play a role in their primitive stance on equal rights for all. They purport to come in the name of love yet spew so much hate”

“The legacy of colonialism should no longer be confused with cultural authenticity or national freedom. As Africans, we should learn about our history beyond what was fed us in missionary schools”

“I am an African, I am bisexual, I was bisexual before I ever met any white person or stepped foot on any European shore, does this make me a fake African?”

“I am proudly African and I am mystified whenever I am accused of “promoting and defending European sexual perversity” (whatever that means). In fact from various historical paintings on Ancient Africans walls, our ancestors enjoyed homosexual relationships, affection and love. This was one reason why colonial administrators immediately imported sodomy laws into our constitutions; they imported homophobia because they thought our free loving ancestors were barbarians who freely indulged in same-sex loving.”

“Every Nigerian deserves the same right as every other Nigerian, irrespective of class, sex, race, gender identity or sexual orientation. Consensual adults do not deserve to have their love criminalized.” 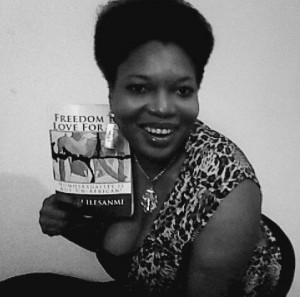 “‘Ungodly’ seems to be all we hear from ineffective African leaders. Obviously corruption, dictatorship, human rights violations and wars are not deemed ‘ungodly’ in Africa. Africa is indeed a ‘Godly” continent blessed with “Godly” leaders!”-Excerpts from ‘Freedom To Love For All: Homosexuality is not Un-African”

“Africans now defend the same holy books that were used to justify the slavery, exploitations and indignities suffered by their ancestors. Many religious Africans now use the ‘holy’ books to justify the oppression of members of their own society. Even when the original owners of the religion inform them that the book has been updated and some parts are no longer applicable, Africans still insist that it is must be applicable because it says so in the book they were given. How pathetic.”

“LGBT rights are human rights. Lesbians, gays, bisexuals and transsexuals are humans and are therefore entitled to ALL Human Rights; let no politician, religious leader or any bigot tell us otherwise”

“For how long shall innocent lives be the victims of ignorance, hate and power? Policy makers, religious leaders and politicians seek to make laws and statements that discriminate against lesbians and gay and portray sexual minorities as less than human.” 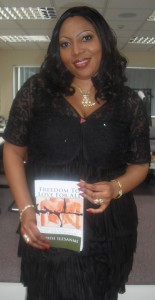 countries have ‘almost’ succeeded in separating sexuality and reproduction; where having sex is entirely separate from the decision to have a child but in most parts of Africa, fertility is intimately bound up with identity as a woman or man. You are not truly a man until you have fathered a child; and the fathering of children is a key expression of virility. Also, an African woman is not considered a ‘real woman’ until she has experienced childbirth. Therefore the idea of a sexual relationship de-linked from producing children is perceived as unnatural”

“With a dangerously growing 7 billion world population, how can legalization of same sex marriage suddenly wipe out all humans as claimed by Pastor Adeboye and some lawmakers? Sadly, this nation is held spellbound by political and religious leaders who are averse to education and scientific knowledge. To move forward, Nigerians must emancipate themselves from mental slavery.”

Customer Reviews of Freedom To Love For ALL: Homosexuality Is Not Un-African!

Moving In A Positive Direction For LGBT Rights, August 20, 2013

I love that she dedicated this book to, in her own words, “all voiceless and persecuted minorities” because it shows that she thinks about other people besides Nigerians. I don’t agree with everything she says and who she quotes from but the fact that this book exists is proof that we are making progress in this area in Nigeria and this makes me happy. She also writes in a way that is easy to understand. In addition, she has some good quotations. I think she did some great research, and it must have taken courage to write this book. I recommend it.

50 Shades Of Abuse: Ese Walter, Pastor Fatoyinbo, Coza and God » « Egypt: Once Upon A Revolution