It is saddening that transphobia camouflaged as concerns for women’s rights is growing within the left movement and seeping its ugly way into progressive movements including Trade Unions.

This article in the Morning Star on 20/02/2020 was particularly saddening, I am particularly ashamed of this article because it was written by the General secretary of my union although he said it was in his personal capacity and was his personal opinion, it still matters. Personal opinion of elected union officials expressed in a paper matters to me as a union member, especially as this opinion goes against the official position of the Union on Trans rights.

Groups such as Women’s Place UK and LGB Alliance were condemned at Union conferences for their transphobia, therefore an elected member of the Union defending these groups is concerning and disappointing. These groups make no secret of the fact that they are Trans exclusionary and their actions scream it loud and clear. If it looks like a duck, swims like a duck and quacks like a duck, then it probably is a duck. Why would anyone think otherwise?

The rights of trans women to exist without having their very existence questioned is not going to take away hard fought for and hard-won women’s rights. Groups that encourage dead-naming of Trans women or shouts “Penis” at them when they try to speak are nothing but a shining example of what hate looks like. This is not feminism; this is pure hate. If you associate with such groups, do not be surprised when people think you agree with their principles.

This is truly disheartening. My rights as a cis woman are not threatened by trans women. The existence of trans women does not stop women, trans women inclusive, from fighting for women’s rights.

The feminism I embraced and that has defined me from a young age was based on deconstructing gender roles especially as imposed by the society. Now, are we going back to enforcing these gender roles just because we want to police who gets to be a woman?

What is it to be woman anyway? Is it the ability to give birth, menstruate or have a womb that makes me a woman and grants me an automatic pass to women spaces? What happens when I can no longer do all these things or no longer have these ‘women things’ due to age, medical conditions or because I was born without these ‘women packages’ as is the case with some women?

Really, what is it to be a woman? Is it the appalling fact that I can be raped that makes me a woman? Anyone can be raped, however as a woman, I am at a higher risk of being raped than a man would ever be. However, statistics also show that I am likely to be raped by someone I know, rather than strangers.

This continued fear-mongering by trans exclusionary feminists that trans women and non binary siblings are potential rapists trying to gain access into women spaces or lurking in women toilets just so they could rape women is pathetic, disgusting greatly misinformed and goes against statistics. As a woman, I am more likely to be raped by a male family member than a trans women in a public toilet! Also, in most cases, Rape is about asserting power and comes from a position of power, this is something feminists know too well. Trans women and non binary people are vulnerable groups and demonising them this way is just wrong.

Oppressed and marginalised groups should not be looking to marginalise or oppress other minority groups, if we are fortunate to be able to empower others, go ahead and empower. We have nothing to lose from lifting others up, we gain a better world. As Cis women, we should be lifting up our trans sisters and non binary siblings, not demonising them for daring to live as their true self identity.

It was not that long ago that black people as a whole were routinely demonised for the actions of a few black people. The actions of a few were eagerly used as a reason to demonise a whole race and as an excuse to deny basic human rights to black people. The pathetic excuse of white supremacists that white women must be protected from “barbaric” black men led to the executions and persecution of innocent black men, and this continue till date. Do we really want to demonise our trans sisters and siblings in this manner too?

As if the article on 20/02/2020 was not bad enough transphobia, on 22/02/20, a cartoon was printed by the Morning Star which depicted a crocodile getting in to a pond of newts.

Newts: “But – You can’t come in here, this is our safe space!”
Crocodile: “Don’t worry your pretty little heads! I am transitioning as a newt!” 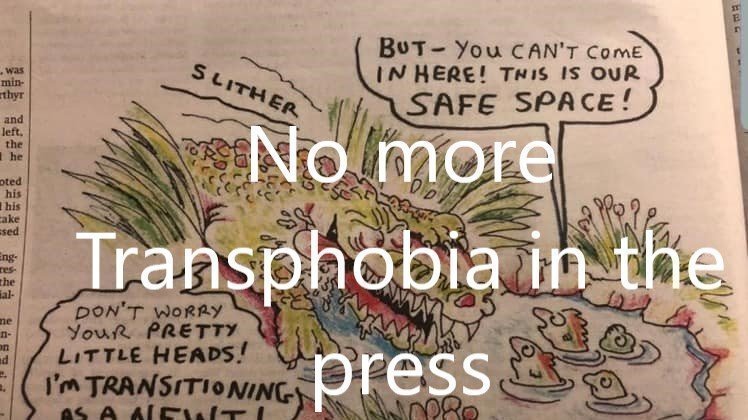 This is terrible, disgusting and overt transphobia. This is really concerning considering many trade union leaders sit on the board of this paper.

There is a petition on Change.org. Pls, feel free to sign and share. As stated in the petition-

We are disappointed that, according to its 2018 return, the Morning Star had a number of trade unions on its management committee (those we are petitioning above).
As a registered mutual society, the Morning Star claims that it “produced a daily newspaper under the strapline ‘For peace and socialism’ and reported on the social and political developments as well as the plights and struggles of people trying to achieve a safer and fairer world.
We believe that The Morning Star has gone against those principles and needs to be held to account.

This conscious spreading of transphobia is appalling and divisive. We need to unite to fight for a better world for ALL not just spew out rhetoric that further divides the working class. 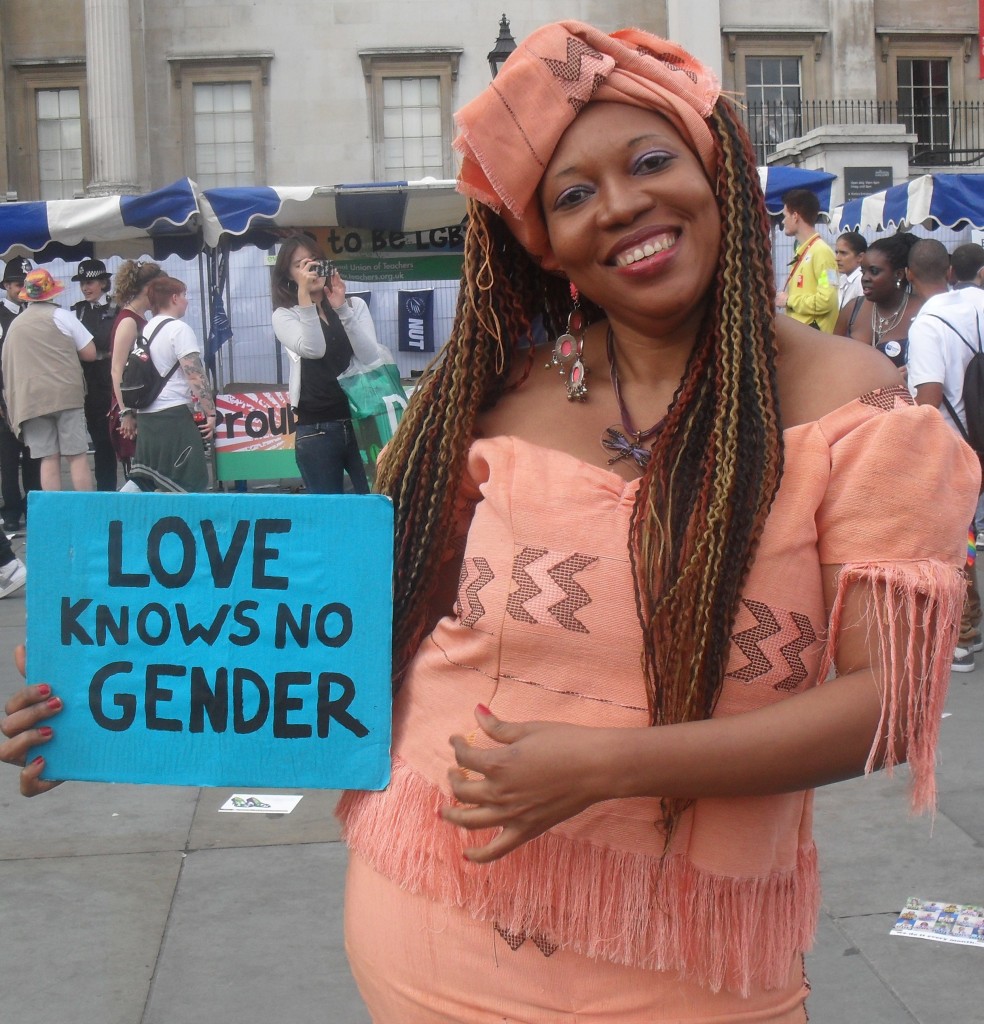