I always thought if I were ever to be attacked by someone I only knew from social media especially Facebook, it would be by a homophobe, biphobe,

transphobe or a religious fanatic who didn’t like my LGBT rights advocacy or anti-religion posts. Never in my dreams would I have thought I would experience a physical attack and verbal abuse at an atheist event from a female Facebook friend who identifies as a feminist and an atheist!

Until now, my casual encounters with people who only knew me from Facebook have been positive. From the ones I ran into in London tubes to the ones who excitedly introduced themselves as my fb friends at social events or gave me heartfelt hugs at London pride, it has been positive experience until now. Get ready to hear the full gist, don’t forget to get your popcorn! END_OF_DOCUMENT_TOKEN_TO_BE_REPLACED

Below is another senseless message from one of the many wilfully ignorant Nigerian Christians who have made it their duty to force down their blue-eyed blonde Jew saviour called Jesus, down my throat. I posted on my Facebook wall excerpts from my blogpost  ‘Because you are a decent person does not mean your religion is not harmful: My 24 hour ordeal with religion‘ and this person decided to respond by sharing the post on his wall and tagging me with the following response: 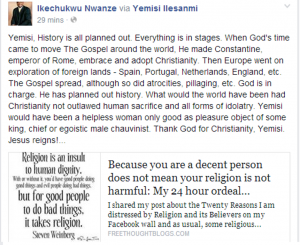 Yemisi, History is all planned out. Everything is in stages. When God’s time came to move The Gospel around the world, He made Constantine, emperor of Rome, embrace and adopt Christianity. Then Europe went on exploration of foreign lands – Spain, Portugal, Netherlands, England, etc. The Gospel spread, although so did atrocities, pillaging, etc. God is in charge. He has planned out history. What would the world have been had Christianity not outlawed human sacrifice and all forms of idolatry. Yemisi would have been a helpless woman only good as pleasure object of some king, chief or egoistic male chauvinist. Thank God for Christianity, Yemisi. Jesus reigns!…

END_OF_DOCUMENT_TOKEN_TO_BE_REPLACED 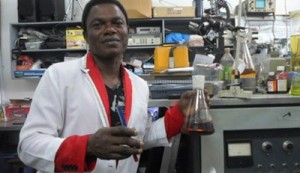 I know, I know, I know. It is beyond embarrassing. It would have been just a stupid, funny entertainment show if it was not such an indictment on Nigeria’s educational system. With all the messages I am getting about this ludicrous assertion, it seems I have no choice but to make a blog-post on it. *sighs*

A student of University of Lagos studying Chemical Engineering at the School of Post Graduate Studies, Chibuihem Amalaha, has used science to prove that gay marriage is improper among other breakthroughs, writes Charles Ajunwa, in ThisDay Newspaper.

In recent time I found that gay marriage, which is homosexuality and lesbianism, is eating deep into the fabric of our human nature all over the world and this was why nations of Sodom and Gomora were destroyed by God because they were into gay practice. That is, a man marrying another man and a woman marrying another woman.

First and foremost, someone needs to sit this guy down and explain to him that gay marriage or rather same sex marriage is not the same as Homosexuality or Lesbianism. Marriage is a social institution; Homosexuality is a type of sexual orientation.

Also, what was all that nonsense about Sodom and Gomorrah? Should we even need to tell any high level science student that God has no place in scientific research? Was the science lab a reconstruction of the fables and myths in the Book of Bible Stories? Was he not told to keep his God delusions out of laboratories?

When a scientist uses God to justify or validate research, it is a clear sign that the person has no idea that science is different from fiction and any attempt to mix the two would end up as science fiction for kindergartens. Or at best, Weekend entertainment at a comedy club. Such a person should never be referred to as a scientist. END_OF_DOCUMENT_TOKEN_TO_BE_REPLACED 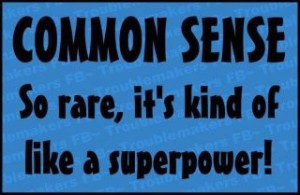 I often receive some very ignorant comments from believers, mostly Nigerian Christians who pompously inform me that I am going to burn in hell for not accepting Jesus Christ as my personal saviour. They claim if I do not stop campaigning for equal rights for all, which basically mean, I should stop the ‘gay agenda’ of promoting lesbians, gays , bisexuals and transsexuals as PERSONS entitled to human rights,  I will feel the wrath of their all merciful, all loving but obviously vengeful and insecure in his sexuality God. Oh, how they love calling me a fool because their precious bible claims anyone one who says there is no God is a fool. However, I must say, this comment on my fb wall by a deluded Christian is a prime example of just how senseless many Nigerian Christians are.

Yemisi Ilesanmi the anti Christ. I am sure that you are a vessel of the devil in this end time but we are specially annoited and commissioned to frustrate and fail you.

OK, let’s forget that he got the spelling of ‘anointed’ wrong, although that is quite funny because that word is always on the lips of Nigerian Christians, e.g. “I am anointed” , “Anointing fall on me” and the very popular “Buy your anointing oil!”

I will proceed to critically scrutinize this comment as it shows the level of religious ignorance the average Nigerian Christian suffers from.