Receptionist- What is the problem?

Deciding to downplay the Flu symptom and focus on other symptoms, I said

Me – I am just feeling weak and dizzy

Me- About three days now

Receptionist- Have you recently travelled out of the country?

For a minute there, the receptionist was flustered.

Receptionist-  No, I don’t mean that, I am just asking, yes I have to ask.

Me- Yes, I know you have to ask. I have not travelled anywhere recently and No I don’t have Ebola.

At least that got the other receptionists, the waiting patients within hearing distance and myself laughing. BTW, that was just a funny exchange, an effort to lighten the mood as well as draw attention away from my “flulike” symptoms. NO, that is not the sexist, racist encounter this post is about.

I took my seat with the other patients who were waiting to be seen by nurses and doctors. The screen says waiting time to be attended to by a doctor is “approximately 3 hours”. I wished the chairs were comfortable enough so i could lie down and go to sleep. I thought, “It is a hospital waiting room, what interesting thing could happen?” I had too much of a headache to bother going online to check my facebook newsfeed on my phone, so I busied myself with reading the health tips on the TV screen. The repeated, scrolling health tips got boring after a while.

At a point, a black female nurse came in and called the name of a patient. A white British man stood up and loud enough for almost everyone to 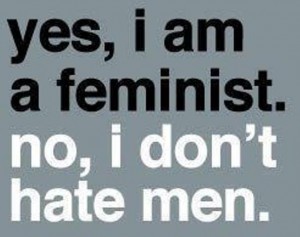 turn around, he addressed the female nurse as “Hey baby” and followed her in a kind of patronising manner.  I looked at the nurse; obviously, she was not too pleased about being addressed in that sexist tone when doing her job. However, her professionalism took over. She offered him a curt “Hi, how are you doing”.

I immediately had the man pegged down as a sexist asshole. His language, body manner, and patronising attitude all point towards him being a regular sexist asshole.

As a woman, I know how frustrating it is to be patronisingly addressed in the workplace as “baby”, “dear“, or “sexy” by male clients and male work colleagues. With some more waiting hours to kill, I ruminated a bit more on this and tried to give the man the benefit of doubt. I thought, maybe he was just trying to feel good and liven up the atmosphere albeit in the wrong manner. I tried to rationalise his lousy behaviour, I tried to make excuses for his sexist, patronising attitude.

Not long after that encounter, the man came back into the waiting room. Another black nurse, this time a male nurse came in and announced a name, he called the name a few more times but wasn’t getting any response. The white man I already had pegged down as a possible regular sexist asshole turned around and asked the black male nurse to pronounce the last name again. The nurse did and asked if he was the one. The white man shook his head in the negative.  He turned around again and this time condescendingly said, “No, No, you look too dodgy to me, you wouldn’t be the one treating me, no.”

Damn, I was sure there was an uncomfortable silence in the room. The stunned silence must have made the man realise just how bad his remark was, so he turned around again and muttered something along the line of “I don’t mean offence, just that you don’t look like you would be treating me.”  The black male nurse was a bit taken aback, but he smiled and just let it be. Now, definitely this man is not just a sexist asshole but a raging racist as well.

Which goes to show that sexism and racism seems to like each other’s company.

As if that was not enough, this white man stood up, went over to a white British woman who was sitting at the front row. He was going outside for a few minutes and wanted the white woman to take note of his name in case it was called in his absence.  The woman nodded. However, to the amazement of almost everyone in the room, this bigoted man rudely exclaimed, “You are the only one in this room who speaks correct English!”

WTF! Even the white woman was embarrassed. We watched the man make his lousy way out of the room. That man was an insufferable sexist,

racist, bigoted ignoramus.  It was a University Teaching Hospital in East London and the waiting area had a good number of whites, blacks and Asians. I still do not know how he got it in his head that the mix of people in that waiting room could not speak “correct English”.

He started with blatant sexism which I was even trying to excuse away to myself albeit unconvincingly. He removed all doubts by topping it up with blatant racism. He then outdid himself with a public show of ignorance, bigotry, and contempt for everyone who is not British enough for him!

It is sad that in this century, we still have people like this man living amongst us. What an insufferable, sexist, racist, bigoted pig (apologies to pigs)!

5 Things You Should Not Ask A Bisexual » « Creeps, creeps, creeps everywhere; Atheist movement sure has more than its fair share of creeps!