Ugandan Parliament’s idea of putting Christ back in Christmas was to present LGBT Ugandans with a gift of life Imprisonment! The parliament has now passed the anti homosexuality bill that was first presented before the house in 2009.

The legislation strengthens the criminalization of homosexuality in Uganda by introducing the death penalty for people who are considered serial offenders, are suspected of “aggravated homosexuality” and are HIV-positive. People who are caught or suspected of homosexual activity will be forced to undergo HIV tests; Ugandans who engage in same-sex sexual relations outside Uganda will likewise fall under the jurisdiction of this law, and may be extradited and charged with a felony.

Furthermore, the bill requires anyone who is aware of an offense or an offender, including individuals, companies, media organizations, or non-governmental organizations that support LGBT rights, to report the offender within 24 hours. If an individual does not do so he or she is also considered an offender and is liable on conviction to a fine or imprisonment up to three years.

The original bill stipulated the death penalty for same-sex relationships. The bill generated international outcry, US President Barack Obama described the bill as “odious,” while some European countries have threatened to cut aid to Uganda if the bill becomes law. The death sentence for homosexual behaviour was later amended to life imprisonment.

Ignorance is not an excuse to deny others the same right you enjoy as human beings. The combination of ignorance and hate is indeed a deadly weapon of mass destruction. Hate kills and African lawmakers seems to breed it in abundance.

Nigerian National Assembly also proposed a similar bill in 2006 known as the Anti Same-Sex Marriage Prohibition bill . and The National Assembly passed the bill earlier this year, but like the Ugandan bill, it is waiting for the President’s assent to turn it into law. The Senate on 18 December, 2013 unanimously adopted the report of its conference committee on the ‘Jail the Gays’ bill.

Nigerian Senate President, Senator David Mark called for the President to urgently sign the bill into Law.  ‘The earlier we sign it into law, the better. [Nigeria] have many shortcomings, we don’t want to add this one to it.’  Senator David Mark stated this in his usual pompously ignorant manner.

According to him, “The law against same-sex marriage is an approval of the wishes of the generality of Nigerians who are desirous of living within our cultural bounds. “The law is not designed to infringe on the human rights of Nigerians in any way.” Hmm, David Mark probably does not consider Nigerian Lesbians, Gays, Bisexuals and Trans as Nigerians or even Humans.

Nigerian and Ugandan Legislators have confirmed that they are all a bunch of ignorant fools and are part of the problems dragging the African continent backwards. Uganda has also earlier this week, passed an Anti-Pornography Bill, which bans miniskirts and sexually suggestive material such as some music videos. It seems violating the rights of its citizens are what most African parliamentarians termed as keeping with tradition! For how long shall innocent lives be the victims of ignorance, hate and power?

Homosexuality is currently illegal in Uganda as in many Sub-Saharan African countries, punishable by incarceration for up to 14 years. Under section 145 of the Uganda Penal Code, the act of sodomy is punishable by life imprisonment. (“Any person who (a) has carnal knowledge of any person against the order of nature . . . or (c) permits a male person to have carnal knowledge with him or her against the order of nature commits an offence and is liable to imprisonment for life.”). Sections 146 and 148 also further support this provision. 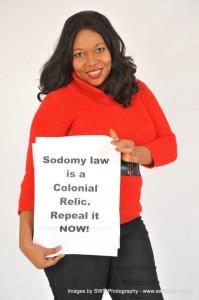 Under the Federal law in Nigeria, Homosexuality can carry up to a 14 year jail term. Under Shari’a law which has been adopted by 12 Northern states in Nigeria, Sodomy is a criminal offence which is penalize with death by stoning. This penalty is harsher than the penalty provided for Sodomy under the criminal code.

The Penal code states: “Whoever being a woman engages another woman in carnal intercourse through her sexual organ or by means of stimulation or sexual excitement of one another has committed the offence of Lesbianism. … The offence is committed by the unnatural fusion of the female sexual organs and or by the use of natural or artificial means to stimulate or attain sexual satisfaction or excitement”

The penal codes have simply taken over the language of the British colonial provisions on “carnal intercourse against the order of nature” Although these laws were imposed during the British colonial rule, they have been adopted by Uganda and Nigeria in its post-colonial era.

The legalization of Homophobia in most African countries has created an environment of fear amongst African sexual minorities.

The Anti-homosexuality bills in Nigeria and Uganda, if signed into law would negatively impact on human rights records and activities in both countries. However, a positive outcome of these proposed legislation is that sexuality rights have been brought to the forefront for debates.  Topics that were once thought to be taboos are now subjected to debate in the public arena although the debates have been one-sided for fear of a possible backlash.

Although there has been a deafening silence from Nigeria left on the the Jail the Gays bill and LGBT rights, some Human rights organizations in Africa are beginning to come out in support of LGBT rights and are affirming that LGBT rights are human rights worthy of protection. This is a big step forward for the LGBT community in Africa because prior to the uproar generated by these proposed legislations, human rights organizations in African countries were reluctant to openly support sexual minorities.

The international community has been emphasizing that LGBT rights are human rights and in some instances some countries like United Kingdom and United States of America have threatened to cut off international aids to countries that are threatening to impose harsher legislative provisions to further discriminate against LGBT people.

However, a backlash flowing from the support of the international solidarity for the Gay community in Africa is the counter attack by some Africans especially politicians, who believe that this is just another mission of the west to control and impose its policies on Africa countries. This has led to resistance to any form of concession to LGBT rights. 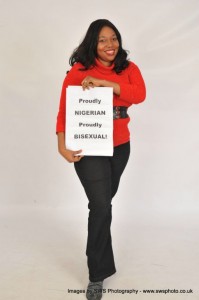 It is not certain whether or not these adopted anti-homosexuality bills would be signed into laws in Nigeria and Uganda, however, the mere passage of such bills is detrimental to the rights of sexual minorities.

Last year, Uganda Speaker, Rebecca Kadaga said that the bill, which originally mandated death for some gay sexual acts, will become law before the end of Christmas. “Ugandans are demanding it,” she said.  It was however not passed last year, I guess Santa Claus was delayed somewhere in the North Pole!

Nigerian and Ugandan lawmakers, by passing the ‘Jail the Gays‘ bills have shown the world just how hateful, intolerant and bigoted they are. Their gift of hate to  Nigerian and Ugandans LGBTs is hugely supported by religious believers especially USA Evangelicals. Talk about putting Christ in Christmas! Really horrendous, I hope they choke on their hate-filled Christmas gift!