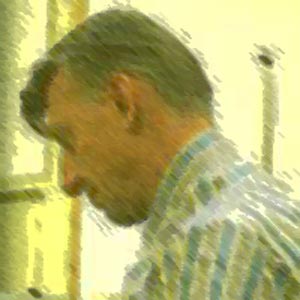 By Doug Fields
The Reader’s Editor

Since Bolingbrook is locked down, many of our readers have decided to pass the time by writing letters to us.  Unfortunately, many of them aren’t very good.  Residents of the Brook need to try harder if they want to make the Babbler’s letters page.

Folks, that means not downloading templates and trying to pass them off as your own writing — Like this poor attempt at a letter:

The media is (exaggerating, lying, making up, creating) the (Wuhan Virus, the China Virus, any name besides COVID-19) to (support Democrats, make the President look bad, destroy democracy, defy evolution)!

We need to open up the economy because (it’s more important than the lives of others, I want a haircut, my employees like working at home and saving money)  Democrats suck and should (die, go to another country, surrender to Trump)!

(Triggering remark).  Fight for your liberty!

Let me guess, you got that template from the Typhoid Mary Fan Club?

Speaking of the past, this infamous Bolingbrook resident talks about her family:

During World War II, my great grandfather, William Spencer, defied the British Government and refused to turn off his outdoor lighting display.  He said the threatened Blitz was no excuse to take away his freedom.  The British people didn’t hide in the underground every time a gas main exploded.  Why should they hide from German bombs?  A bomb is just another type of explosive.

He believed that World War II was a Tory hoax, and the government was really kidnapping urban children and giving them to families living in rural manors.  Dunkirk was just an unfortunate naval accident made to look like a German attack.  France was pretending to be invaded by Germany.  After all, how could an impoverished nation suddenly become a major military power?

William was arrested and, allegedly, was killed during the Battle of Britain.  But his spirit still lives on in the people fighting stay at home orders today.  William didn’t let the fear of a few bombs stop him from lighting up his house.  You shouldn’t let a virus and risk of death and contagion stop you.  Freedom isn’t free!

I think someone confused selfishness with liberty.

Moving on, it seems another person in Edgar County has an interest in Bolingbrook:

The plural of “anecdote” is not “data.”

Finally, we’ll conclude with this letter:

Mayor Roger Claar seriously embarrassed himself on BCTV today.  Nearly 2000 people have died from the Coronavirus in Illinois, and Roger was upset because he didn’t like the new rules for opening golf courses.

I’m sorry, but a pandemic is not the time to be upset over the ban on practice ranges and handshakes.  Nor is it a time to argue rules regulating how many people should be allowed on a pontoon boat.  Where in Bolingbrook can you launch a pontoon boat?

We are in the middle of a pandemic, and we still don’t know all the ways it can kill or harm us.  People who don’t have symptoms can still spread this virus, and can endanger others around them.  Doctors are risking their lives to take care of patients.  Governor Pritzker is leading Illinois through a dark time, using science.  Roger is whining.  Trump is lying and endangering the public.  May I suggest some fine Costco cheese that will compliment our mayor’s whine, and an end to Trump’s daily (rally) briefings?

Stay Bolingbrook Strong, and someday we’ll tell our grandchildren that people used to touch each other before the great pandemic!

Help me crash a poll (Non-fiction) » « Video: No California doesn’t have ‘herd immunity’ to COVID-19 (Non-fiction)