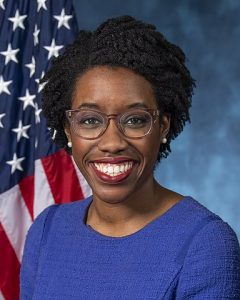 “Extraordinary claims require extraordinary evidence,” said Judge Kilos Surgon.  “The plaintiff’s claim that he won an election is extraordinary, and what he presented does not meet the criteria to be considered evidence.”

Oberweis jumped out of his chair and charged at the judge.  He was quickly immobilized by a force field.  Surgon judged Oberweis to be in contempt of court and imprisoned him for 24 hours.

Oberweis protested as he was dragged out of the courtroom. He said:  “Why won’t anyone believe me?  Even the Congressional Republicans refused to save me.  (Mayor Emeritus Roger Claar) gave me a bad lawyer!  Everyone is out to get me.  Stop the steal!  Count the votes!  Hang Mike Pence!  Oops.  I didn’t say that.”

Shortly after Sanders delivered his opening statement, Surgon said: “I just looked at your very short filing.  You do know that the statement ‘Lauren Underwood is a Democrat’ is not grounds for nullifying an election.”

Sanders nervously laughed, and replied: “The Village of Bolingbrook thinks it should be.”

“You mean Puppet Master Emeritus Roger thinks it should be.”

To prove that all Illinois Democrats are corrupt, Sanders called Republican Sixth Congressional candidate Justin Burau to the stand.  Burau accused Casten of profiting off the Green New Deal and not caring about people with Glioblastoma.

“When Sean refused to personally change Medicare’s coverage of Glioblastoma, I knew he was corrupt, and therefore all Democrats are corrupt.  There’s no way Lauren won this election fairly.”

“Did you really write that you decided to run for Congress after years of failing to live up to your promises?”

Parker pointed to a holographic display of one of his Facebook ads:  “Did you really write that you are the Congressman who ‘cant (sp)’ be trusted?”

“You tried to tie Sean to the Green New Deal, right?”

“Actually, Sean doesn’t support it.  Even if he did, were you aware that the Green New Deal includes universal health care and would expand coverage to all cancer patients, including Glioblastoma patients?”

“Look.  I’m a real estate agent.  You sound like a client who obsesses over cracks in the foundation, or panics over an exposed wire.  I don’t want you to care about the little details.  I want you to fall in love with the whole house.  Or at least stay infatuated long enough for me to collect my commission.”

After the ruling, Sanders denied suffering a total legal defeat:  “The Village’s Legal Department has a new motto:  We never settle.  I have never been so humiliated in a courtroom in my year of practicing interstellar law.  Yet, I fought to the bitter end.  If I was willing to fight to the bitter end for such a hopeless case, imagine what we’ll do to anyone who files a frivolous lawsuit against our village.  You will suffer if you so much as think about suing us for damaging your mailbox.”

Oberweis refused to be interviewed for this article

but said he was outraged that the Village refused to let him pay to upgrade his detention cell.

Underwood could not be reached for comment, but a spokesperson for her Congressional Office said: “Congresswoman Underwood can now spend the next few months focusing on raising the SALT cap.  I’d also like to say this as a Naperville resident:  We’re Naperville.  We have a reputation to uphold.  Congresswoman Lauren Underwood is part of that reputation!”