What started as a vigil calling for “divine intervention” against illegal space aliens turned into a “prayer duel” between Trustee Sheldon Watts and Former Lt. Governor Evelyn Sanguinetti. 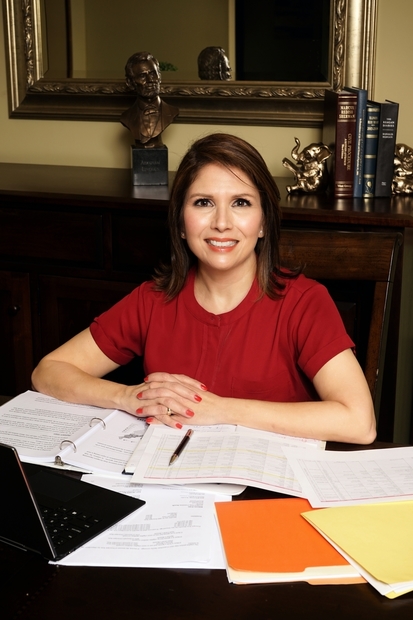 “Jesus loves me!” said Watts, near the end of the duel.

“But you don’t love Him,” replied Sanguinetti.  “Renounce Satan and his illegal space aliens and save your soul.”

After five minutes of prayer, Sanguinetti, who is the current Republican candidate for the Illinois Sixth Congressional District arrived.,  She posed for several pictures with the prayer warriors, then delivered a short speech.

“Congressman Sean Casten is a former employee of Plow UFO Base,” she said.

“I don’t know about you, but don’t you wonder if at some point, he was replaced by an alien, or if he was always an alien?”

Watts arrived in the middle of her speech and interrupted:  “Excuse me.  I think there’s been a little misunderstanding here.  The owner of this franchise is a good person, and I assure you that there are no space aliens here.  Now, let’s pray together for—”

“Lies!” countered Sanguinetti.  “God told me there are aliens here, just like He told me not to budget the state’s money.”

Watts smiled and said, “Why are you here?  We aren’t in the Sixth District.”

“Yes, which means I won’t risk killing any of my voters when I call down the wrath of God upon this wicked village.”

Sanguinetti then held up her hands and started praying.

Sheldon responded: “Well, God told me that Clow Airport is good and not to believe everything the Babbler prints.  I will show you the true power of God by calling down a lightning bolt next to you!”  He then started his own prayer.

After 30 minutes, God did not destroy Bolingbrook, nor did lightening within a mile of Sanguinetti.  A Bolingbrook police officer asked the prayer warriors to leave and they agreed to.

Sanguinetti just replied with a statement:  “God will strike down the wicked in His time.  I live in Wheaton.  I am not a socialist.  I am not an atheist scientist.  Don’t let the Democratic Party keep their stolen seat.  We must come together under one party, one nation, and one God! God bless the Illinois Sixth Congressional District!”

A receptionist for Mayor Roger Claar said he was busy and could not be disturbed.

In the background, a man who sounded like Claar, said: “I’m getting back at (Will County Board Member Jackie Traynere) for speaking at my meeting by taking away her school board trustee.  How are we going to spin this?”

A man who sounded like Trustee Michael Carpanzano said: “We’ll announce that we noticed that (Valley View School Board member Dr. Sandra Carlson) was accidentally put into office by a simple math error. So we, as helpful Bolingbrook residents, are going to fix the error with our own lawyers.”

A woman who sounded like covert social media operative Charlene Spencer said: “Then Igor and I will have our sock puppets JAQ-off—”

“Oh just ask a bunch of inappropriate questions about (Will County Clerk Lauren Staley Ferry).  Then our Bolingbrook United sock puppets will demand that every vote be recounted, even it bankrupts both Bolingbrook and Will County.”

Carpanzano said: “That’s when I’ll say the error only happened in the precincts that favor our party.  So we don’t need to waste money recounting every vote.  That will make the First Party for Bolingbrook seem moderate and fiscally responsible.”

“Then our selective recount will remove Dr. Sandra Carlson from the school board and replace her with one of our candidates.  Once we regain full control of the school board, we’ll be able to implement our “Democracy is Dumb” curriculum.   Igor says he’ll have the textbooks translated into English from Russian by the end of the week.”

Mike Gravel arrested at Clow UFO Base during the Interplanetary Democratic debate (Fiction) » « Is Weed World coming to Bolingbrook? (Fiction)