In between the religions assholes causing havoc and the vile politicians eager to drop bombs on civilians, it is a 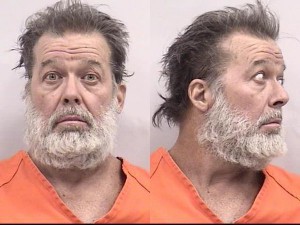 wonder WW3 has not been officially declared!

I was out when I briefly saw the headlines for the Colorado shooting today; apparently, three people, including a police officer, have been confirmed dead and many more injured.

The shooter, now identified as Robert Lewis Dear, is a 57-year-old white man from North Carolina.

“Lt. Catherine Buckley of the Colorado Springs Police Department said the gunman, described as wearing a long coat and armed with a rifle, gave up after officers inside the building shouted at him. He previously had been firing at police who entered the facility.

Buckley also said the unidentified man had brought “items” with him inside the building and left some outside, meaning officers had to make sure they were not “any kind of devices.”

“The man apparently began his deadly spree at the Planned Parenthood building, although it was not clear if his motive was related to the organization.

“We don’t have any information on this individual’s mentality, or his ideas or ideology,” Buckley said.

Interesting how they are not eager to jump to conclusions about this shooter’s ideas and ideology. This is white cis male privilege shining through, after all, it is not exactly easy to label a white cis male Christian a terrorist, is it?

Back home, I tried to get more information from news stations, however, they are not giving it much coverage, 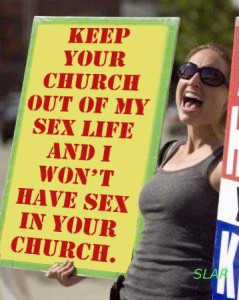 Calling the killer a Christian terrorist is not a far-fetched assumption considering that religious fundamentalists, Pro-life groups and disgusting Republicans regularly harass the clinic’s doctors, staff members, and patients.

It is turning into a really sad and depressing world. I am just tired of the whole shit and can’t even write much on this issue now. When one is about to write a blog post on one killing spree, another one comes up, always leaving victims, blood, tears and misery in its wake.

It is indeed difficult to keep up with all the disgusting shit going on in the world! We are probably getting to that stage where another killing spree is just mundane news, something not worth mulling over. Unfortunately, I got to this stage with the appalling killings regularly carried out in Northern Nigeria by the terrorist group, Boko Haram. The headline “Boko Haram strikes again” has unfortunately become just another mundane news story to me.

It seems humans’ tendency to believe in a Skydaddy and Holy books’ written by savages, which are regularly used by 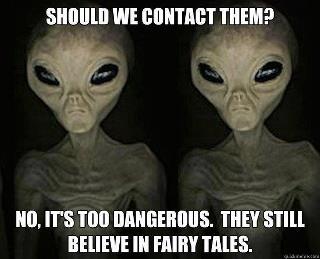 politicians for control and power, has finally rendered the human race useless. The end of our evolution might as well be near. Our precious planet would probably go up in nuclear flames when all the violent asshats and jerks finally lock horns. Maybe the catastrophe would make room for new, hopefully better-evolved species to repopulate this planet earth.

In this midst of utter global chaos, laughter and wishful thinking seem to be the cure for the depressing news that could make some of us spiral into depression. Sometimes, i just want to black out the whole world or just leave this fucking planet and hope there are aliens somewhere with better morals who would take me into their loving embrace!

Online Dating: Serving up Choices and Confusion » « Winter might be upon us but nothing is going to take away my sunshine; let’s dance!