I was working out at my gym when two gym regulars decided to strike up a conversation with me.

Gym regular (Male) – You have lost a lot of weight

Gym regular (Female) -Yeah, I told her so too.

Me – Oh, yeah, thanks, the hard work is showing.

Gym regular (Male) – I am sure your husband will be happy

Me – I don’t have a husband. I am single

Gym Regulars – What, you mean you are single?

I am sure you will not be single for long!

Me– I am happily single.

And you know it does not have to be husband.

Gym regulars (both) – Hmm, i guess that is true.

Me – Yeah, just don’t assume it has to be a husband.

Gym regular (Male)- Well, you are right; it could be a husband, a wife, husbands and wives with Mistresses or Misters and a butler too.

Me – Now you get the idea

Gym regular (Male) – Well, if i had all these i wouldn’t come to the gym!

Me- (Laughing)-I suppose one would be too tired performing marital and extramarital duties.

I found this random but interesting  exchange full of assumptions I wish I did not encounter daily.

Below are 5 assumptions and lessons from the above conversation-

I never know how to respond when people, especially people I hardly know, tell me I have lost weight. Saying “Thank you” does not sound right because, really, it is just an observation. If such observations were followed by comments like “I admire your determination and commitment to your workouts”, I would happily and graciously respond with “Thank you” because there is a compliment somewhere in there. However just observing that i have lost weight and expecting me to say thank you for stating the obvious does not cut it, it just feels awkward.

There are situations I have felt completely at ease when told I have lost weight by people I hardly interact with. For example, there was this time a guy whom I had seen around at the gym but never spoken to literally  stopped in his tracks when he saw me arrived for my workouts. He started smiling and said, “I went away for a few weeks and you lost half of your bodyweight”. His body language was non-threatening and it was obvious he was just surprised. I started laughing along with him cos his surprise was genuine and laughter contagious.

However, there was this other instance a guy blatantly interrupted my workout just to tell me I have lost weight. As I was busy counting my reps in my mind, I did not respond because I did not want to lose focus and frankly, I did not want to be disturbed. The guy however stood beside me glaring, clearly expecting a response and his stance was physically antagonistic. As I was not giving him the acknowledgement he felt he deserved, he repeated, “You have lost weight”, I briefly glanced at him, responded, “Yes, I know”, and continued with my workout. He was clearly not pleased with my response. What exactly was he expecting? He was probably expecting a gushing “Thanks for noticing that I have lost weight” response!

It is disturbing that many assume that telling a woman that they have lost weight is a compliment.  Why do many feel this incessant urge to comment on other people’s weight especially when their opinion was not solicited?

Please stop making that nasty, sympathetic sound when a woman tells you she is single. Being single is not something that should elicit sympathy, especially not from strangers.

Single women should not need to reassure anyone that they are happily single just so the pitying looks would stop. 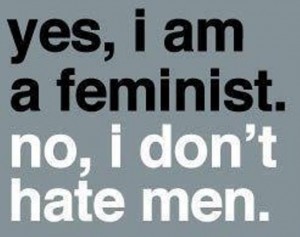 Do not immediately jump in to assure a single woman that they will get a man soon.

Single people who wish to be in a relationship do not need a sympathetic look or hasty assurances from you. Being single is nothing to be ashamed of; it is not a shortcoming. Unless you are planning on asking the person concerned out, their relationship status should not be of any concern to you.

I hate having to qualify my ‘singlehood’ with the words “I am happily single”. However, asserting that one is happily single seems to be the only thing that takes away the pitying looks people dart our way when told we are single.

It is OK not to be happily single. I can be single and be looking to get into a relationship, but just have not found the right person yet. However, this does not mean I need to be pitied.

It is also OK to be single, ready to mingle and not seriously searching. This should not evoke pity from anyone.

3- The assumption that everyone is heterosexual.

When someone says they are single, we should not assume they are looking for opposite sex partners. For all we know, they might be gay, bisexual, pansexual or just queer. If we must refer to their relationship status, it is safer and non-assuming to use the word “Partner”.

4- The assumption that women embark on weight loss programs to snag a man.

Why oh why do people still assume women embark on weight loss programs because they want to snag a man? This assumption is so insulting. There are many reasons people embark on a weight loss program, snagging a man does not always make the list and if it does, it might be at the bottom of the list. You know, it is not impossible for a woman to lose weight for herself, because she can and because it is a new look she wants to embrace.

For someone like me who loves being a curvy woman, i would not consider losing weight because of social expectations. I would not talk about my weight loss in a manner that express horror at my former weight. It is sad that in an effort to compliment someone who has lost weight, some do so in a manner that expresses total disdain for the former weight of the person they are ‘complimenting’. So what happens if the person gained back the weight? Do we look at them in horror? Do we expect them to hide from the public since we have told them what we think of their overweight self? This fascination with other people’s weight is body policing and it breeds insecurity. 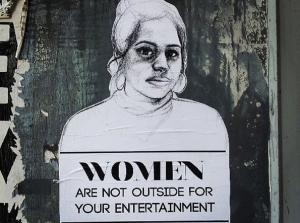 in the future. How could I be sure of this? Well, it is because no matter what anybody says, I will always see myself as beautiful. I see myself through my own lens and not from the point of view of others. Call it narcissism, but I always love what i see, regardless of shape or size. It is my body and it is my project to mould as i see fit. I might decide to share the pleasures of my body with a partner or two, but i won’t be moulding my body to fit the expectations of any partner or society.

It is appalling and very disrespectful when people not only assume but also blatantly state that what women do with their body is and should be for the benefit of men. It is outrageously assumed that as a woman, my appearance , gym workouts, makeup, dress choice, shoes, hairstyle and even my smile are all for the benefits of men. To justify occupying public space, a woman is expected to make an effort with her appearance to please men and smile while at it.  Please stop with the dreadful and terrible assumptions. These assumptions are patriarchal, sexist and very harmful to half of the world’s population. Women are not adornments to brighten a man’s world.

5- The assumption that all Bisexuals are Polyamorous.

Bisexuals and polyamory are not the same.  Bisexuality, like heterosexuality and homosexuality, is a sexual orientation. Polyamory, like monogamy and polygamy, is a life style choice. Do not confuse sexual orientation with a life style choice. It is especially frustrating and very telling that this confusion occurs when bisexuality is under discussion. 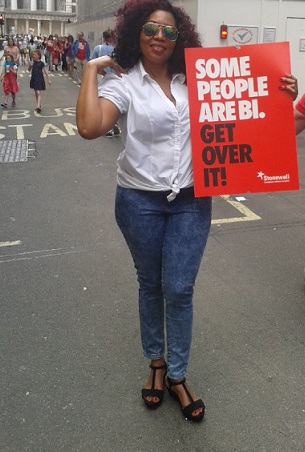 As a bisexual, when I mention that I might have a boyfriend or a girlfriend, do not jump to the conclusion that I want both.

Please be aware that-

It is tiring to have to explain to people that being a bisexual does not mean I am looking to hook up with a man, a woman, and my butler!

My Birthday Dance and Musings: Already Loving my 40s! » « I Am Beautiful and I know It