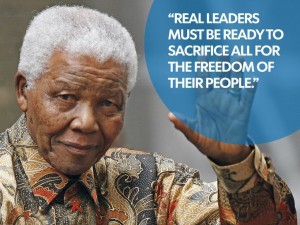 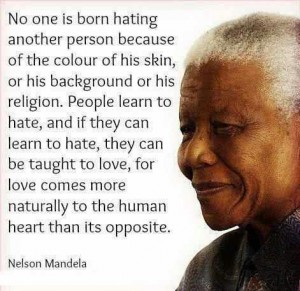 Nelson Mandela was probably the first name I ever associated with Human rights during my childhood. His relentless struggle against apartheid nurtured in me the fire against injustice. I identified with his struggle for Freedom and Equality; he was my human right hero and a living lesson in compassion and forgiveness. To me, the name ‘Mandela’ was  (and still is) synonymous with anti-apartheid, defiance against injustice, fight for equality and a passion for justice. It later became synonymous with Forgiveness.

As a child growing up in the largest black nation, Nigeria, the name Mandela opened my eyes to racial injustice in the world. I was angry that he and other freedom fighters were incarcerated for demanding an end to apartheid.I was outraged at the very concept of apartheid and racial segregation.

Under the leadership of Nelson Mandela, South Africa emerged from the fight against oppression and apartheid to create a constitution in which equality was a major feature. On 8 May, 1996, South Africa’s post-apartheid constitution was the first in the world to outlaw discrimination on the basis of sexual orientation. And on 1 December 2006, South Africa made history by becoming the fifth country in the world, and the first in Africa, to legalize same-sex marriage.

Nelson Mandela was an exemplary human rights crusader. Madiba was a staunch supporter of Lesbian, Gays, Bisexual and Transsexual Rights. He practiced what he preached and respected the fact that every human being, including sexual minorities, has a right to be free from discrimination. I wonder what many homophobic Africans who hold him in high esteem and mourn his death think of the Madiba’s support for LGBT rights. If only other African leaders would borrow a leaf from the exemplary life of this great African leader, there really would be hope for Africa. 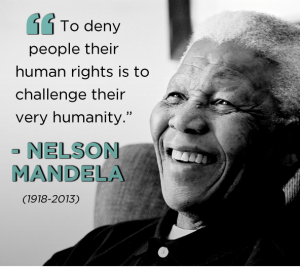 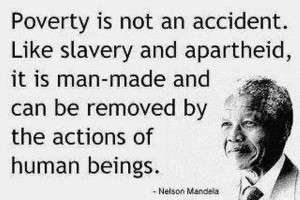 Yes, he was a much admired leader, a leader amongst leaders. Like every human, he had his shortcomings, but even in death, he remains a colossal idol, worthy of emulation.

Nelson Mandela’s life was a lesson in human rights, equality, compassion, peace and the importance of leaving bitterness behind to embrace forgiveness. He was my inspiration and he succeeded in inspiring a whole generation. No doubt his legacy will continue to inspire many generations to come.

Nelson Mandela, you came, you saw, you conquered, you lived and you left a positive footprint on planet earth.

You have done your part, the struggle is for the living not the dead.

Your legacy lives on for future generations to learn and draw strength from.

Thank you, Madiba for the lessons in Equality, peace, compassion and forgiveness.

The Dictators Are Not Only Those » « No Longer A Friend!