Will the Village of Bolingbrook investigate the Clinton family?  Sources with relatives whose friends work at Village Hall say yes: 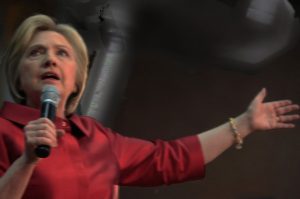 “Sure the FBI is investigating the Clinton Foundation,” said one source.  “But we know that they’re in league with the Deep State.  Can we really trust any organization tied to them?  So we’re helping Trump— I mean we’re helping bring the Clintons to justice.”

“There are many laws the Clintons could have broken,” said another source.  “Did Bill have an affair while visiting Illinois?  That’s a crime in Illinois.  There are other obscure laws in Illinois that we could get them on.  I mean discover if they violated.  The point is that there are so many crimes that the Clintons could have committed, that we can’t expect Congress and the FBI to investigate them all.  It is the patriotic duty of every community to investigate the Clintons.”

The sources agree that Mayor Roger Claar asked the village staff to “look into Clinton’s ties to Bolingbrook, no matter insignificant they may seem.” Though the Clintons did not make any campaign stops in Bolingbrook, Claar, the sources say, believes that there could be some “inappropriate connections” between some Bolingbrook residents and the Clintons.

“Maybe some residents did more than vote for Clinton.  Maybe they received secret funds from the Clintons and used them to run for local office.  We can’t know for sure unless we investigate.”

When called, Claar answered the phone and said: “He hated me and committed a crime. How is that not a hate crime?  For that matter, how can you say that my support of Donald Trump is not a creed?  A creed is a set of beliefs that guide someone’s actions.  Google it if you don’t believe me!”

In the background, a woman said: “Actually, I have the Babbler on Line One.  The Herald is on Line Two.”

“I’ll deal with you later,” Claar said before hanging up.

Chelsea Clinton laughed after being asked about the alleged investigation. “I’ll make this quick since the board meeting is about to start.  I don’t know who this Mayor Blair is.  I’ve never heard of Bowling Illinois, most of the money the Clinton Foundation makes goes towards its programs, the former President is my dad, my mother won the popular vote, I have four degrees, including a doctorate from Oxford University, I’m not wearing an ankle bracelet, Alex Jones eats pizza, and I’m more qualified to hold office than Donald Trump is.  Have a nice life.”

Man frozen since last week revived at Bolingbrook Adventist Hospital
Traffic down 25 percent at Clow UFO Base
Bolingbrook Skeptics: All Will County prisoners wrongly convicted due to false memories
God to smite Bolingbrook on 1/11/18

From the Webmaster: Martin Luther King Jr’s March on Chicago » « We get letters: HJ Hornbeck and other matters (Fiction)