Below is my video contribution for ‘Secular Voices of Colour‘. As the project coordinator, Sincere Karibo stated–

Secular Voices of Color is a unique opportunity to spread awareness of and focus on the stories minority representation of nonbelievers.

My video contribution is transcribed below. Happy Viewing!

My name is Yemisi Ilesanmi, I am a Nigerian, grew up in Nigeria and now resident in UK. I was born into a Christian family. Nigeria is the largest black nation on earth and it is one of the most religious in the world. Growing up I decided if I was going to be a Christian, damn right I was going to be the best Christian ever. My parents attended the spiritual church known more as white garment church. It was always about speaking in tongues, prophesy, exorcism and all that crap that comes with believing in a skydaddy and the existence of evil spirits.

When I was about 13 years old, I got seriously involved in the church, I attended every church service which was about three times a week and attended night vigils too. Soon, I was speaking in tongues and prophesying. I believed God spoke to me to give messages to people. However, those messages were basically things I had convinced myself God wanted me to say to his people.  They were regurgitated shits I heard every day in the church. I cringe to remember these now. It was innocent but it was harmful, it was pure brain wash, it was indoctrination.

Because of my experience of speaking in tongues, being filled with so called ‘Holy spirits’ and spinning around in trance like silliness, no pastor, nobody can tell me I don’t know what it feels like to be filled with the holy spirit, because I do. And I can look you straight in the eye and say it feels like been high on drugs, drunk and riding high on hypocrisy. It is all bullshit and no one with a good conscience would seriously call that crap real, because it is all manufactured.

If you have the courage to search in your heart, you know it isn’t real. You know you have control over what you say when allegedly speaking in tongues, you know you have control when spinning around doing acrobatics in the name of being in trance and consumed by holy spirits, you might want to truly believe that God has control of your tongue and body, but deep in your heart, you know it is all down to you and how best you’ve practised your holy spirit routines.

Believers assume something terrible must have happened for one to lose “faith” or not have faith at all. However, it was not the shenanigans of those so called men and women of God that broke my faith in God.

The terrible thing that happened was I actually read the bible, and the good news is, reading the bible and other ‘holy’ books turned me into an Atheist!

For example, the story of Pharaoh and how God hardened the heart of Pharaoh but still proceeded to kill innocent children, sent plagues, wiped out families and committed genocides because Pharaoh did just what God made him do. He refused to let the people of Israel go because God hardened his heart. Even at that young age, it was clear to me that the villain of that story was not Pharaoh, it was God. I couldn’t understand why people couldn’t see the immorality in God’s action. It was a turning point for me. Further readings of the bible exposed so many cruelties and also inaccuracies that I could not in good conscience continue to hold the bible and God in high esteem. God’s morals were clearly beneath my moral.

With my evolved brain finally working to capacity, it did not take me too long to figure out that there is no “God” designing our planets, dishing out destinies, taking care of our needs, waiting for us to go on our knees and ask so S/He/It shall give, or busy keeping scores on our good and bad deeds, while stoking an eternal fire for those who didn’t stroke his ego while on earth, to burn in hell for eternity.

I am an atheist because there is no evidence of an omnipotent, omniscience, omnipresent being watching our every action from high above. And why not from down below anyway? I guess we don’t like the idea of stepping on, walking and shitting all over God. Well, “high above” made sense when heaven or space looked so impenetrable, but with space shuttles penetrating the skies and rovers curiously taking pictures from “high above” and none yet of a white bearded old man glaring down at us, there is nothing so scary about “high above” any more.

I identify as an atheist and I am damn proud of my break from religion and all its attendant delusions. As an atheist, I am better positioned to appreciate the world as it is, without delusions. I take responsibility for my own success or failure. I know the forces I battle daily are not spiritual but very physical. And ideological. I know witches and wizards are not responsible for ill health, unemployment or poverty, these are the ills of capitalism and an uncaring society.

I am more politically and socially conscious of who the real enemies of progress are, and I know religion is a cancer that must be stopped from spreading if as humans we are to truly enjoy this one life that we have. Religion endorses mental slavery and for us to be truly free, we must emancipate our self from mental slavery.

I wouldn’t pretend that a non-religious world would mean an end to all conflicts, but it sure would help if we took out 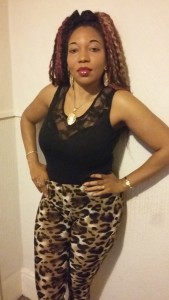 all imaginary friends and imaginary enemies. No child should ever have to grow up with a fear of hell fire or a delusion that there is a God watching their every move.

Black people and all people of color really need this freedom from mental slavery. It is particularly sad because the religion we so much embrace as blacks, like Christianity and Islam, were all forced on our ancestors in the most appalling and cruel ways possible. If anything, these religions should make us recoil in anger and shame. Embracing these tools of oppression means we are still slaves and not anywhere near being truly free.

Let’s emancipate our self from mental slavery, let’s kick religion in its patronizing, patriarchal and imaginary ass. Let us live life fully conscious that this is the one life we have and we are responsible and accountable to our self and conscience. And not a big skydaddy.

Related link- Why Am I An Atheist?

Homophobic/Biphobic attack claims another life in Nigeria; Councilman on the run for his life » « No, Atheism is not a leap of faith or a descent into bigotry!