I, like most Black people, knew the racial abuse was coming. It took just minutes after Marcus Rashford, Jadon Sancho and Bukayo Saka missed their penalties for the racists to go wild and vomit their vile on social media. 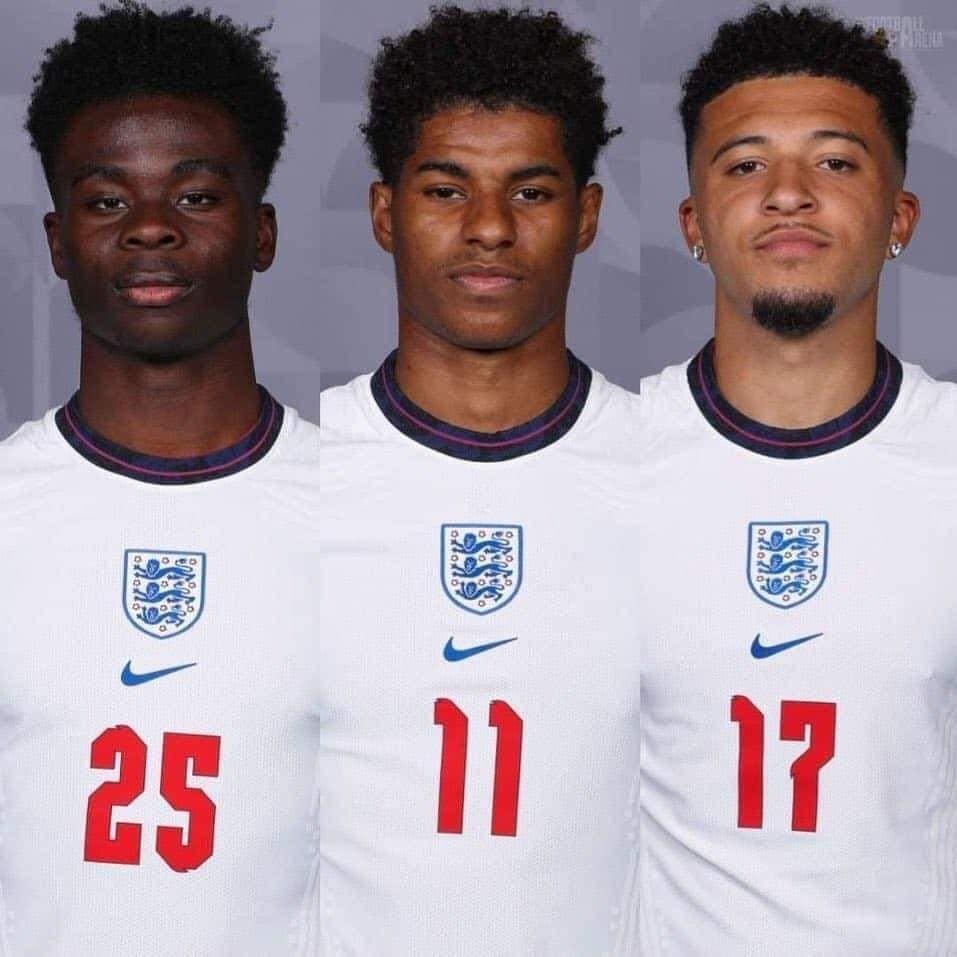 I am not a huge football fan and the one time I had my heart in my mouth during the game was when Marcus Rashford stood there to take the penalty. I knew instantly it was not just the weight of the ball he was carrying; he was also carrying the weight of his race and people who look like him.

My heart sank when he lost the penalty because I could already feel the racial abuse coming his way, and when Sancho and Saka lost too, I knew the racists would have a field day. I was willing them not to miss, even if England lost the game because at that point, I was more concerned about the racist abuse these young men would receive than England losing the game.

When our black sportspersons win, they are British, when they lose, they are immigrants and the racists immediately resort to racial abuse. Why should we always be made to feel like this by the society we are part or ‘supposedly part of’ as equal citizens? And some still wonder why we take the knee!

There is also a lesson on white privilege here. If a white person took the penalty and lost, of course they would also have been abused. However, that abuse would not be because of their skin colour. No one should ever have to face abuse, abuse is never a way to make a point. For British Black sportspersons, they face abuse as sportspersons in addition, for their skin colour too.

We must also address the fact that we see a rise in violent behaviours during football season, often fuelled by excess consumptions of alcohol during a game. Previous figures have sadly shown that domestic violence occurrences rose by around 38% nationally on the days when England lost, and 26% when the team won or drew a match. This is toxic, I wouldn’t be surprised if these figures rose higher during the Italy vs England Euro final.

The racists were not only satisfied with sending abusive messages on social media, some of them took it upon themselves to deface the artwork mural of Marcus Rashford in Withington, Manchester shortly after England lost on Sunday. Adults defaced the motivational mural of a high achieving, inspirational young person with swear words and racists comments. How very adult and civilised!

I have learned to always look out for that human act of kindness amidst hate and despair; I was not disappointed. The indefatigable spirits of decent humans shone through in this situation as they covered up the act of hate with an act of love.

They left positive messages where once there was hate.

They rallied round someone who was being kicked down by vile racists and showed him how much he was loved and revered by decent people.

Kids from diverse backgrounds rose to the occasion and stood up against racism. They supported and praised their hero, the one man who stood up for them to make sure they or their mates from less privileged backgrounds did not go hungry during school breaks. To even think that this act of kindness and empathy from Marcus Rashford was one of the things the racists hate about him, I mean how dare he try to campaign for children not to go hungry! 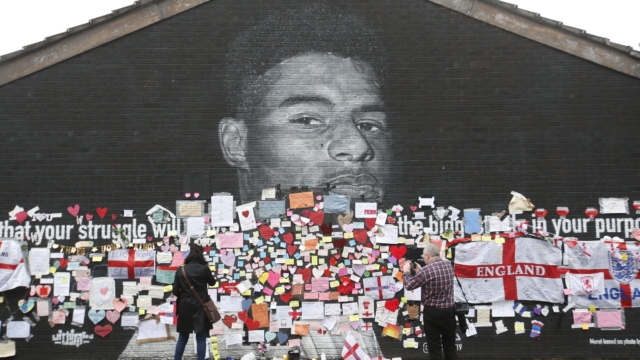 Marcus, ever a cool level headed young man, showed his appreciation for the support via his powerful message on Twitter: –

I’ve grown into a sport where I expected to read things written about myself.

Whether it be the colour of my skin, where I grew up, or, most recently, how I decide to spend my time off the pitch.

I can take critique of my performance all day long, my penalty was not good enough, it should have gone in but I will never apologise for who I am and where I came from. I’ve felt no prouder moment than wearing those three lions on my chest and seeing my family cheer me on in a crowd of tens of thousands.

I dreamt of days like this. The messages I’ve received today have been positively overwhelming and seeing the response in Withington had me on the verge of tears. The communities that always wrapped their arms around me continue to hold me up.

What a powerful message and from a 23-year-old too. A lot to unpack there.

My heart goes to the 3 heroes, I hope they continue to hold their heads high because they are champions, they are kings, they are heroes. #BlackLivesMatter 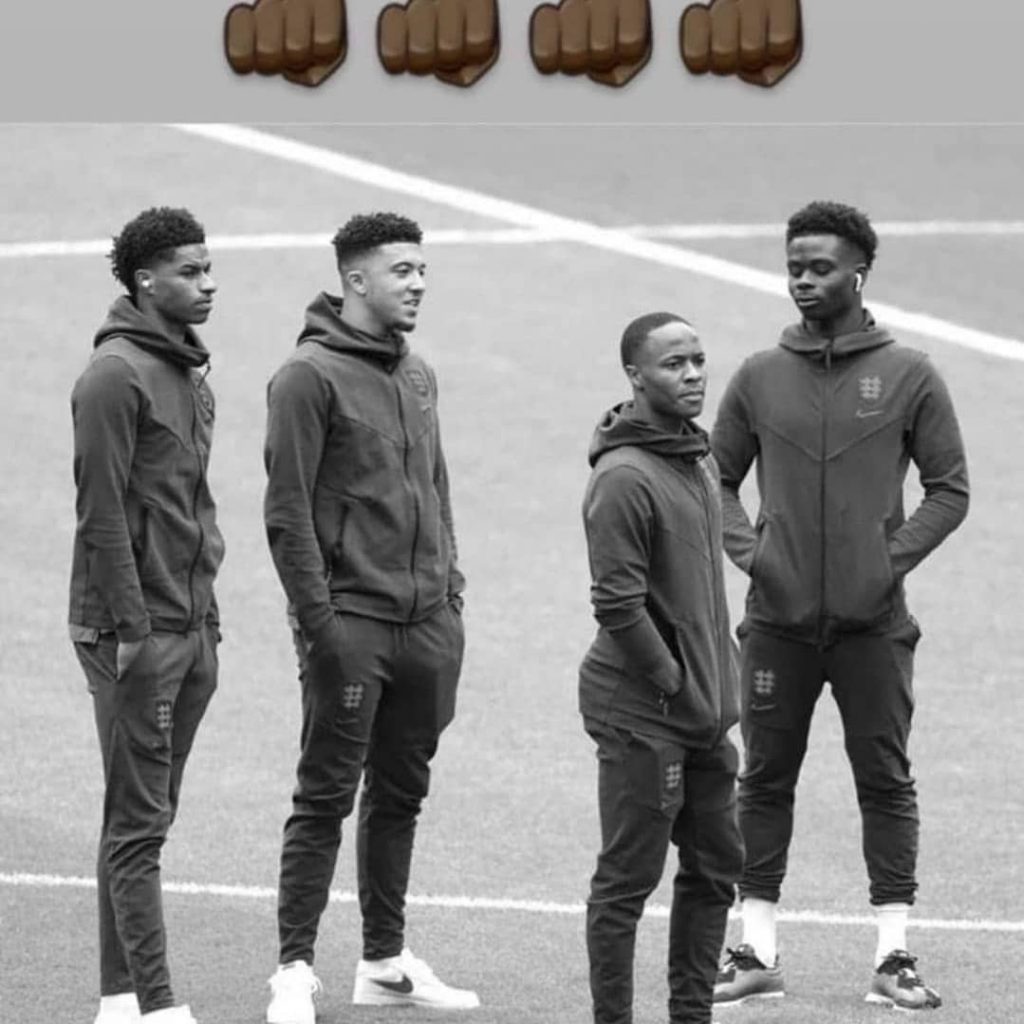