1- I am assuming this is a cultural comparison because of the reference to polygamy. If you are making a “Homosexuality is not in our culture’ argument, it would do you a lot of good to read up on sexual orientation, the history of various African societies who had native names for homosexuals and many of whom actually lived in peace with homosexuals before the white colonialists came with their foreign religion and sodomy laws.

Above all, it would be good for you and all others who make this cultural argument to understand that culture is fluid, dynamic and it changes. Culture is a way of life and you cannot force anyone to live their lives the same way their ancestors did. Your pristine shirt, suits and tie are not part of pre-colonial African culture, as are your wigs, champagne and that Chinese food you order to impress. No one is criminalizing you for not wearing what your ancestors wore, for not drinking same ‘burukutu’ as your ancestors or for not eating what your ancestors ate.

Some of the things that could be called cultural like Female genital mutilation, forced marriages and depriving women of the right to own land have been abrogated. It would be very stupid to scream “Don’t stop the killing of twins in Calabar, it is our culture!   Believe me; it is also stupefyingly ridiculous when you use the cultural argument to justify criminalizing gays, lesbians, bisexuals and transsexuals.

We are all creators of culture; therefore the cultural argument is null and void from the very beginning. This was addressed in my blog post Debunking the myths: Is Homosexuality, Bisexuality or Transsexualism Un-African or Unnatural? and also discussed in my book “Freedom to Love For All” Homosexuality is not Un-African.

2- Polygamy is not only indigenous to Africa. So many of the western nations also have histories of polygamy; however this is beside the point.

Anyone who has respect for equality should be aware of the patriarchal nature of polygamy. As long as Polyandry, a system where a woman is allowed to take two or more husbands, is not allowed, polygamy remains a sexist, misogynist pat 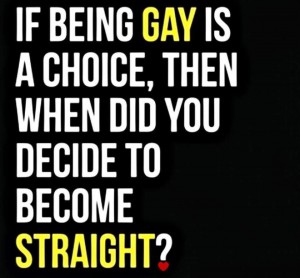 riarchal tool of oppression. It is not surprising that this is not legally recognized in democratic societies that value equality.

I will support polygamy as long as polyandry is also accepted. It is not my business how many number of partners people want to have in their relationship or marriage. I also do not concern myself about the gender of anyone’s partner. As long as they are consensual adults, in a non harmful relationship, it is their decision to make.

Those who are not in support of polyandry or polyamorous relationships and marriages but scream “why not legalize polygamy”, should keep their hypocritical mouth shut!

3- It is very childish to say the UN or USA should shut up on the violations of human rights of minorities, just because some of their member states do not recognize polygamy. It is very childish to think because most western societies do not legally recognize polygamy but recognize LGBT rights, it is a reason to put lesbians, gays, bisexuals and transsexuals in your community into prison or even kill them.  This is not a very bright argument. You should know better and even scold your brain dead government for being such lousy leaders. You do not criminalize innocent people just because you do not like the attitude of their supporters.

BTW, there are people in the western states who are beginning to mobilize for the recognition of Polyamorous relationships, and I am very much in their support. Polyamory is not polygamy or polyandry, it is a type of relationship where 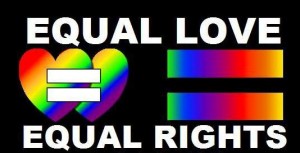 two or more people of same sex, different biological sex or genders come together to be in a relationship or marriage. Poly activists want this type of relationship legally recognized and I am staunchly in their support. The non harmful relationship of consenting adults should not be the business of the law or anyone who is not a partner in the relationship.

Please, stop poke nosing into the emotional/sex lives of lesbians, gays, bisexuals and Transsexuals. If you don’t have your own emotional/sexual relationships, just poke your nose or fucking fingers at your own heart or inside your sexual organ. Live and let’s live, let LGBTs live in peace!

Venting my concerns over Nigeria’s new Anti-LGBT Law » « Nigerian LGBTIs in Diaspora condemns signing of the ‘Jail the Gays’ bill.