When someone says “Epicurean” what comes to mind? Usually, it’s hedonism – life spent in the pursuit of pleasure. If we were raised in a christian tradition, we might even hear “Epicurean” as slightly louche or sexually promiscuous. Epicureans, many of us think, are the sort who wear velvet smoking jackets and snort cocaine off the upturned buttocks of prostitutes.

END_OF_DOCUMENT_TOKEN_TO_BE_REPLACED

I’m not sure what the correct term for this is, perhaps “halo effect” or maybe it’s “transferrence” or just plain old “confirmation bias” but there’s a weird thing humans do, when they notice that someone is knowledgeable about X they sometimes get super impressed and assume that person is also knowledgeable about Y and maybe Z. I think it’s “confirmation bias” – but I’m skeptical of terminology in general.

END_OF_DOCUMENT_TOKEN_TO_BE_REPLACED

Let us proceed to the pretended visions and Divine Revelations, upon which our Christ-worshipers establish the truth and the certainty of their religion.

In order to give a just idea of it, I believe it is best to say in general, that they are such, that if any one should dare now to boast of similar ones, or wish to make them valued, he would certainly be regarded as a fool or a fanatic.

END_OF_DOCUMENT_TOKEN_TO_BE_REPLACED

I started writing this as a sort of open snark-gram to Caitlyn Jenner, but I just couldn’t do it. As I started to think things through from different angles, I just got more and more depressed. So, I hit “Move to Trash” and tried again.

Root cause analysis, for me, always comes back to privilege, which is an instance of exceptionalism.

END_OF_DOCUMENT_TOKEN_TO_BE_REPLACED

In the past I have offered an argument that goes: “there’s no value to having power unless you intend to abuse it”  I’ve used various phrasings, but the obvious dependencies are on the definition of “power” and “abuse”   Well, I won’t be using that one any more.

END_OF_DOCUMENT_TOKEN_TO_BE_REPLACED

Over at Pharyngula, PZ pokes at the simulation hypothesis and finds it wanting.

I’ve never understood how it’s gotten so much traction, anyway. As PZ Says: “That is the wrong question. He asserts The odds we’re in base reality is one in billions. Instead we should ask, “what simulated ass did you pull those odds out of?”, because he’s got no rational justification for that claim.”

END_OF_DOCUMENT_TOKEN_TO_BE_REPLACED

I’m going to begin today’s sermon with a transcript from a podcast I recently heard. It’s David Wood, speaking at Politics and Prose on “What Have We Done: The Moral Injury of Our Longest Wars.” Wood’s view is that wars can cause “Moral Injury” – a sort of post-traumatic stress disorder to our sense of right and wrong. The bit that stuck in my mind, which I went back and replayed and bookmarked, was an example that he gave – an example that is very typical of the experiences of many soldiers:

END_OF_DOCUMENT_TOKEN_TO_BE_REPLACED

tl;dr: make sure you have a good supply of popcorn.

I grew up with revolutions; my father is a historian and his specialty was the evolution of absolutism under Louis XIV and the lead-up French Revolutions that culminated in the big one and the terror.

END_OF_DOCUMENT_TOKEN_TO_BE_REPLACED 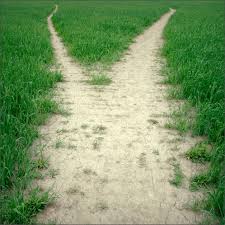 It seems to me that humans don’t assess cause and effect very well; we had to invent the scientific method as a way of teasing out which causes of a particular effect are the important ones. That’s a comforting illusion for us, but causality is not a chain of events and causes, it’s more like a lattice-work stretching backward in time to the Big Bang. In practical terms, it doesn’t make much sense for us to answer “Why did the chicken cross the road?” with “The Big Bang” even though it’s true: we search for something we can pin it on immediately.

END_OF_DOCUMENT_TOKEN_TO_BE_REPLACED

By metaphysics, God is made a pure spirit, but has modern theology advanced one step further than the theology of the barbarians?