It was a lovely spring day in 2000, around May, I think, that I decided to fire up the jeep and drive to work in it for a change. The jeep (I don’t have pictures, unfortunately) was a 1976 CJ-5 with a V-8 engine, a moderate lift, big tires, and steel I-beam front and rear bumpers. I bought it for $2500 off Norm L., who had owned it for a decade or so and wanted to get rid of it because he never drove it. It was a great thing to pull stumps with, or put the wheel locks in, and go 4x4ing around the yard in when the snow got deep. Since it had no top, it just filled with snow in the winter, but you could climb in, sit in the snow, and start right up.

It was around 6:00pm that I headed home, so I was in my neighborhood around 6:30pm. I always took back roads on the way to my place, and the ground was rolling fields, mostly, with trees and banks. I never drove the jeep particularly fast, so I was doodling along at about 35 when I had the trolley problem.

Coming up over a small incline, I discovered there were two bicyclists riding side-by-side in the opposite lane, and a Lexus something-or-other was passing them. The road in front of me was completely filled with stuff, coming at me at about the same speed as I was going.

That’s the trolley car scenario, sort of. A consequentialist philosopher would expect you to be able to coolly and rationally make the best decision, taking into account the possible outcomes and pros and cons.

And that’s why I hate trolleyology: even the classical formulation of the trolley problem assumes you haven’t got a whole lot of time to think about it – in fact the problem is contradictory because it assumes you’ve got time to think about the problem but not time to think in the scenario. You can’t get an accurate perception of a person’s response – reflexive or moral – unless they’ve got 1/10 of a second to answer. Or less. It is a completely phony situation, so we should assume that questioning people about how they’d behave is going to produce a completely phony set of answers. 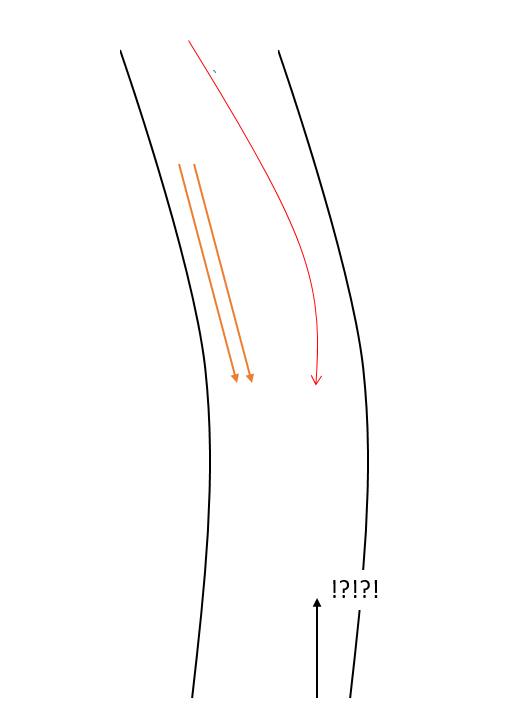 If I’d had enough time to be thinking about it, I’d have been wearing my seat belt – in which case I’d probably be dead or mangled.

Here’s another annoying thing about the trolley problem: it assumes everyone else is completely passive. What happened in my trolley situation was the guy in the Lexus stood on his brakes, the bicyclists swerved and crashed into eachother, heading for the bank on the side of the road. I swerved right and braked, aiming for the empty field on the right hand side. Then, the front bumper of my jeep buried itself in the dirt of the bank on the side of the road (I had hoped the jeep would go up it) and spun violently sideways, then flipped on its side, sliding right past the Lexus.

As the Jeep flipped, suddenly I was in a huge cloud of dust and I remember seeing my briefcase (a nice aluminum Halliburton Zero) zip through the passenger door (the jeep had the doors off for reasons of cool), I bounced off the steering wheel, and when the jeep started to roll I put my foot on the roll cage (which was now to my left) and jumped into the passenger side, grabbing the opposite roll cage and hanging on like it was pull up bar, which it kind of was. Everything stopped moving and got really quiet, then I came storming out of the cloud of dust surrounding my jeep and yelled at the guy in the Lexus, “THAT IS WHY YOU ARE NOT SUPPOSED TO PASS ON A HILL!” 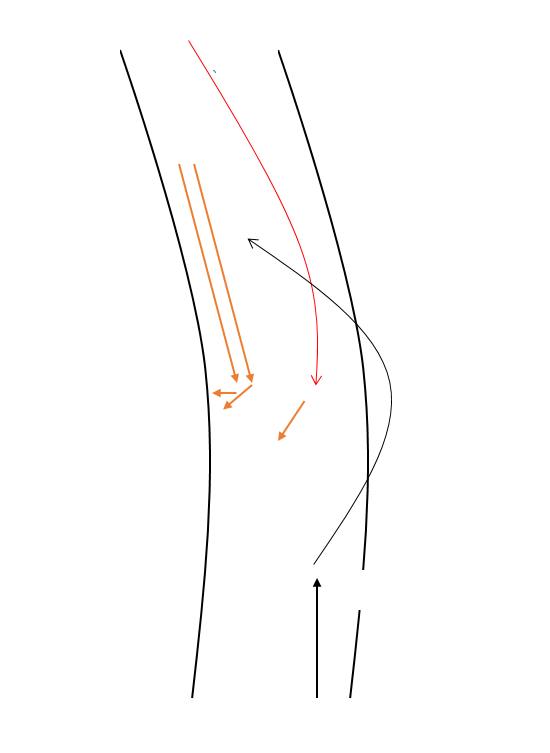 I had a small abrasion on the side of my left elbow that went down to some tendony-looking stuff, and the sleeve of my hoodie was completely shredded and covered with blood. My briefcase was embedded in the bank, and I went and picked it up and dug my cellphone out and called my mechanic to come with the flatbed (I was not thinking clearly). Meanwhile the bicyclists called the police. The guy in the Lexus came over and started babbling something about “at least you weren’t hurt.”

Somehow I had managed to, by sheer luck combined with a consequence of my maneuver, bounce around the Lexus and nobody hit anybody.

I’m pretty sure that if I’d had time to sit in an armchair and think about it, I would have chosen to ram the Lexus, which might have killed somebody (I-beam bumpers, remember? me, no seatbelt, remember?)

Cops came and wrote up a report and I was so happy to just be in one piece that I declined to press charges against the guy in the Lexus, who left. My mechanic showed up with a flatbed and winched the jeep up, and I just walked home. It was 5 miles and my day was over. I was glad to be alive and my jeep was tough, I’d have the mechanic replace that side mirror and check it out and it’d be fine.

Trolley car problems are real, but I don’t believe we think about them; sometimes you don’t have time to be a consequentialist. To me, that amounts to a refutation of consequentialism, right there: you cannot know what’s going to happen to you anyway – you’re making your choices based on an imaginary model of how things may or may not work out, but you have no idea what is going to actually happen. I won’t say “my instinct was to aim for the field” because I don’t think we have driving instincts. My aiming for the field was probably a reflex from decades of bicycling and motorcycling: aim for where the awful stuff isn’t. If the bumper hadn’t caught on the berm I probably would have flown up over the bank and it would have been a whole lot worse.

Part of my nihilism comes from having, several times, had the experience where physics just takes over and my will is completely irrelevant. Intentionality, free will, whatever – all that stuff goes out the window once momentum (or combustion, or cancer, or whatever) has decided to interrupt the happy little imaginary scenario in which you’re in control of your life.

A week or so later, I went to the mechanic to pester him about the jeep and he said “come around back let me show you something.”  My jeep was parked there and 3 of the wheels were on the ground, and the other was about 4″ off the pavement. Apparently the wrenching impact from the bumper hitting torqued the frame so hard it bent badly. So that was the end of my jeep. Back to consequentialism: if I had realized that I’d totalled my jeep in order to get around the guy in the Lexus, I’d have at least stuck him for the bill for the jeep.

A few years after that, I spectacularly rolled my Honda Del Sol, and lucked out again. That time, the only injury I suffered was a piece of glass from the windshield stuck in the same exact spot where my elbow hit the road in the jeep incident. I don’t even see any trace of a mark anymore. The “big Norwegian fisher-guy” body genomic options-package I was born with is pretty solid and comes with optional mighty healing.