Verbal abuse and written abuse are important social tools. If you’re going to use them (or defend against them) you may as well do a good job and be properly equipped. In this series, I am going to offer some of my opinions about strategy regarding verbal abuse. To be clear: this is not a canonical treatment; I welcome your feedback – especially if it’s well-aimed and cruel. 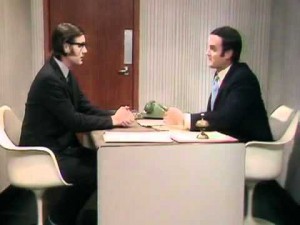 I hope to expand this into a full series including a variety of techniques as subtle as eye-gouging and groin-kicking are in a street-fight. This section is groundwork and throat-clearing, so it’s going to be delivered more in the tone of a short lecture than as strategic or tactical maxims. As Anne Elk said, “This is a theory, which is mine. And this is it.”

We start with the 5 minute argument.

Verbal abuse gets its power from invidious comparison. The attacker compares the defender to something nasty and thereby hurts the defender’s feelings or damages the defender in the eyes of others. For example:
“Donald Trump looks like an angry cheeto”*
We immediately form a mental picture of a popular cheese-food snack product, and a less popular politician, and realize that there is a sort of surface resemblance. Then we realize that we prefer cheetos to Trump, and the insult has been neatly delivered. Look for a “Cease and Desist” from Frito-Lay Corporation, Scalzi.

That example shows one sort of insult: an invidious comparison wrapped in humor. The way this works is the humor, sparked by the pleasure of recognizing the play on images, is more memorable. We humans also appear to be primed, somewhat, to appreciate creativity, so there’s a sort of Franklin Effect** going on – we appreciate a funny insult more and consequently interpret it as less nakedly aggressive. It’s why passive/aggresive abuse tends to be snarky or funny: if we do it cleverly enough we can call someone something nasty and have them laugh at us laughing at them.

Let’s look at a more simple insult: “Donald Trump looks like a leaky colostomy bag.” That’s not particularly funny; what gets the work done is the visual image we have of a leaky bag of shit, and we make the mental connection between the two: insult delivered.

Now, let’s adopt the attacker’s viewpoint: to do maximum damage, you want your insult to be memorable, which is going to tend to mean it comes with a strong visual or auditory memory, or is funny, or otherwise triggers memory cascades in the audience. “Yon Trump has a lean and hungry look.” for example, is going to work particularly effectively with a limited listenership. That’s one reason, by the way, that Trump’s insults are so effective: they are broadly accessible and don’t depend on the listener having much of an education. Calling someone “Little Marco” literally belittles him without requiring any expensive computation on the part of the listener.

Your challenge, as the attacker, is to make your invidious comparison as clean and comprehensible as possible – short and deadly, to the point, and (ideally) funny with an element of truth. Calling Trump an “Angry cheeto” is a great example of a perfect put-down: it’s short, it relies on common experience, it’s funny, it’s got a good rythm, and the connection between Trump’s general orangeness and the cheeto is so perfect it sort of carries the “anger” right in along with it, where it nestles in your mind as if it were a given fact.

From the attacker’s perspective, calling someone “asshole” is so weak and lazy it’s hardly worth expending 7 characters to do it. There’s a certain power in the underlying invidious comparison, but it’s so over-used that it doesn’t call up much of a mental picture, and it completely lacks any humor potential. The same can be said of most of the short-letter insults.

From the target’s perspective, we have a different problem: when someone throws an insult at us, we’re going to be damaged to the degree that the comparison is true, and secondly by the degree to which it is memorable. Keeping “memorableness” in context, you should not do anything to make people think more about the insult than they already do. Consider the “Trump has small hands” insult – that one took advantage of the Franklin Effect by making the listener participate and gain pleasure from decoding it. Trump also made it much more effective by promoting the insult, himself – he could have let it drop but by making a big deal out of it, he ensured that everyone will remember it long after Trump has (we hope) vanished from the public sphere.

How To Deal With Insults 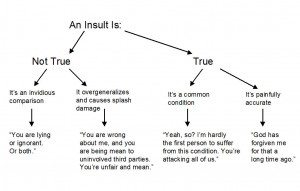 “Splash damage” is when the attacker’s invidious comparison demonizes or insults a much larger group than the target. Most attacks based on body-shaming, race, appearance, name, and style of dress or speech are going to cause splash damage. Splash damage insults are weak because they’re easy to counter-attack against as a moral issue: imagine someone said Donald Trump was “retarded” – they have just insulted a lot of people by likening them to Donald Trump, people who had no choice about their genetic damage. Calling Trump “retarded” is poor strategy because it shows that the attacker is willing to deal splash damage against people who did not choose to be like Trump. In general: avoid splash damage because it’s a poor strategic choice as it invites your opponent counter-attacking you for being unfair and mean.

If you’re the target of an uncomfortable truth attack, you may choose to parry it by acknowledging it and changing the subject, or counter-attacking that the attacker was mean. If someone attacked Trump for his hair, he could have pointed out that lots of people suffer from male pattern baldness and wear wigs and do they also make fun of William Shatner, John Travolta, and every other person who wears hair pieces or extensions? Surely someone who attacks another person over their hair has not got very much serious complaint in their arsenal, and ought to do better.  This strategy can work for a wide range of uncomfortable truths. 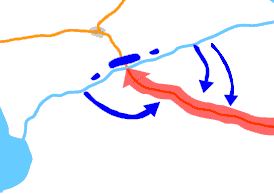 slander” – when the attacker compares the target to something nasty without even knowing or caring if it’s a truth at all. That sort of attack is terrible strategy since it places the attacker in a position to be counter-attacked from multiple angles. For example, suppose you’re playing an online game and someone yells “FAG!” in the group chat. They have just left their kidneys, their groin, and their throat all un-defended: you can reply

Notice how all three of those parries take the attack away from the target and back to the attacker: we’re no longer talking about the target at all, our topic of discussion is the attacker and their ignorance and moral failings.

On the offense, strive to attack with uncomfortable truths rather than broad invidious comparisons that cause splash damage. Try to cast your uncomfortable truths as humorously as possible; aim for vivid and memorable imagery. Be careful, though, to avoid direct statements of truth that may be defamatory – i.e.: don’t call someone “a thief” unless you’re 105% certain you could prove they were (in which case, that’s a fantastic line of attack)  If you are unsure, use a well-chosen weasel-word, “Trump stole the nomination like a cat burglar” is safe “Trump is a cat burglar” is not. If you really want to draw blood go for uncomfortable truths like Hillary Clinton’s scriptwriters trotted out against Trump: “His books all seem to end at Chapter 11”  If you can deal uncomfortable truths that get your target to respond to the substance of the truth, you’ve lured them into a quagmire of accusations about their actual actions and character. In blog-wars, favor uncomfortable truth over invidious comparison because it reduces your chances of causing splash-damage that may be used to counter-attack you for being sloppy and malicious. If your opponent has ever said something offensive or splashy, you can repeatedly hang it around their neck. Or attack them by describing them with a broad characterization of their actual position: instead of calling someone an “asshole” try calling them an “authoritarian bootlicker.”

On the defense, look for ways to separate invidious comparison away from claims of actual knowledge. “Oh, really? You say things about me that you have no possible way to know. I assume you’re just lying and throwing words around.” If their attack causes splash damage, go straight back at them on the splash damage by pushing them off the high ground.

As an aside, don’t play the “offense” card – it’s a weak play. “I’m offended” shows that you’ve sort of missed the point of throwing verbal abuse in the first place. If, however, you can argue why what they said was both wrong and mean, then you’ve got them: “By calling me ‘retarded’ I know you’re trying to hurt my feelings, but really you’re just showing your contempt for perfectly decent people who have learning disabilities.” Here’s a general rule: if you’re about to accuse your foe of being offensive, don’t – and accuse them instead of doing whatever it was that caused the offense. I.e.: if someone says something racist don’t just say “that’s offensive” say why. “You just attacked 12 million people you don’t even know. Wow.” See the video by Jay Smooth that I linked at the bottom of this, for a brilliant explanation of how to do that.

Avoid citing logical fallacies at your foe; it’s too academic. And, unfortunately, people often get their logical fallacies mixed up. Stick with simple and memorable, “So-and-so is lying. And they know they’re lying or they wouldn’t have phrased it that way. They’re dishonest and inarticulate.” That sounds much better than “So-and-so is strawmanning…”  and avoids a bunch of judo maneuver attempts in which they try to redefine “strawman” argumentation.

Keep it simple, keep it memorable, keep it true but non-defamatory, and go straight for the throat.

This is excellent strategic advice from the incomparable Jay Smooth:

(* That’s one of John Scalzi’s. I will use only the finest insults as examples in this posting.)

(** The Franklin Effect weaponizes a psychological quirk whereby a person appreciates something more if they had some part in doing it; in this case contributing mental effort to the solution of a puzzle.)