Creepy homophobic totalitarian Louie Gohmert is concerned about humans being able to repopulate in the event of a species-threatening event.

Thanks, Louie, but maybe you should engage your thinky bits before you try getting all sciency.

“If you could decide what 40 people you put on the spacecraft that would save humanity, how many of those would be same-sex couples?”

Gohmert specifically referenced this in context of the movie “Interstellar” – a movie that gets things almost as profoundly wrong as Gohmert:

Gohmert discussed who should go on the spaceship “that can go, as Matt Damon did in the movie, plant a colony somewhere” in the event of the “end of humanity on Earth.”

If you haven’t seen Interstellar, be warned: spoilers ahead.

Gohmert is talking about a “geek ark” – the scenario Stanley Kubrick so deliciously skewered in his classic “Doctor Strangelove.” As the end of humanity is staring them in the face, the discussion falls to how many young nubile women they should set aside for each man, to repopulate the planet. Kubrick wasn’t a fool like Gohmert and was imagining a semi-plausible scenario of refugees from a nuclear war hiding at the bottom of a mineshaft. In that case they don’t need to worry about there not being air and water and a biome, their problem is “merely” that the biome, air, and water, are a mess. 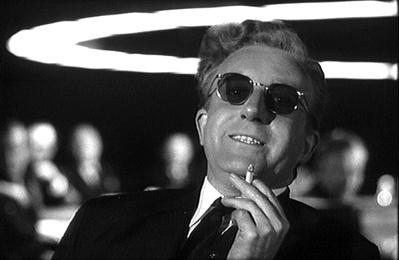 The ratio… 10 women for each man

The “spacecraft to the stars” that will repopulate humanity: that’s a whole different story.

If you’re interested in this topic, you might enjoy Neal Stephenson’s “Seveneves” (that is not an official recommendation. I thought it was mediocre)  To build a repopulation ship, humanity would need to bring along a mini biome, what we’d need to eventually expand it, and we’d have to forget nothing and it would all have to work perfectly. By the way, the chances of it working perfectly are pretty much: zero. Kim Stanley Robertson has a brilliant post on boingboing about how generation ships will sink. It’s worth a read.

Gohmert is just worried, like Doctor Strangelove, about the number of working uteruses that are available for repopulation. The same problem crops up in Interstellar. (I wonder if Gohmert was watching the movie thinking “well, this would solve our race problem, finally.”)

Spoiler 2: The movie ends with humanity’s last remaining uterus, all alone, on a new place. Oh, and Anne Hathaway has it.

The Plot: The testicles leave Earth in a ship with 5,000 frozen embros and two uteruses. They also take along several extra sets of testicles. So many testicles causes problems that reduces their population still further. The end.

Gohmert is worrying about the gay couples reducing the reproductive potential, but it appears he should be worrying about the testicles encouraging dominance-seeking behavior and reducing the reproductive potential by wasting up space. Anyone other than a complete dipshit would realize that if humanity is going to do any space colonization, they should leave all the testicles on Earth and let them die with the Earth. We don’t need ’em! Humanity 2.0 definitely needs the uteruses (until/unless something like Lois McMaster Bujold’s uterine replicators become available) uteruses are vastly more important. Wasting any space/reaction mass to get testicles off the planet is pointless.

In a “geek ark” scenario, humanity becomes testicle-free, and doesn’t miss them a bit. Frozen embryos are one option, but it’d be a straightforward process to extract DNA from a donor egg and combine it into another egg, then implant it in a precious uterus. You could imagine a society like Sherri Tepper’s “The Gate to Women’s Country” in which maleness is carefully controlled because it’s not necessary. 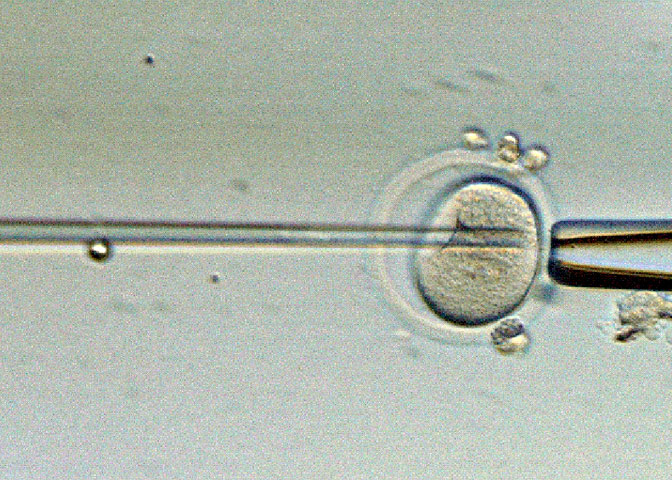 Lucia, I am your father

In C. J. Cherryh’s “Pride of Chanur” books, the Hani males stay planet-bound because they get aggressive (there’s a lot of fun musing on sexism)  At one point hero Pyanfar realizes that the Hani have set themselves up for eradication because of that practice, so she takes a male into space. She should have just learned genetic engineering.

What Gohmert doesn’t realize is that a lifeboat scenario, where the testicles get left behind, means there will be no more gay men having buttsex. He should support the deprecation of one of humanity’s genders, and embrace the single-gendered future of womanity: a glorious future in which a society of women occasionally quickens a male so it can mansplain things to them, while they exercise their eye-rolling muscles.*

Back in the 70s, my girlfriend used to wear a Tshirt that read “if we can send one man to the moon, why can’t we send them all?” – and that also missed the point:

If you can send one woman into space, why not leave the men behind? 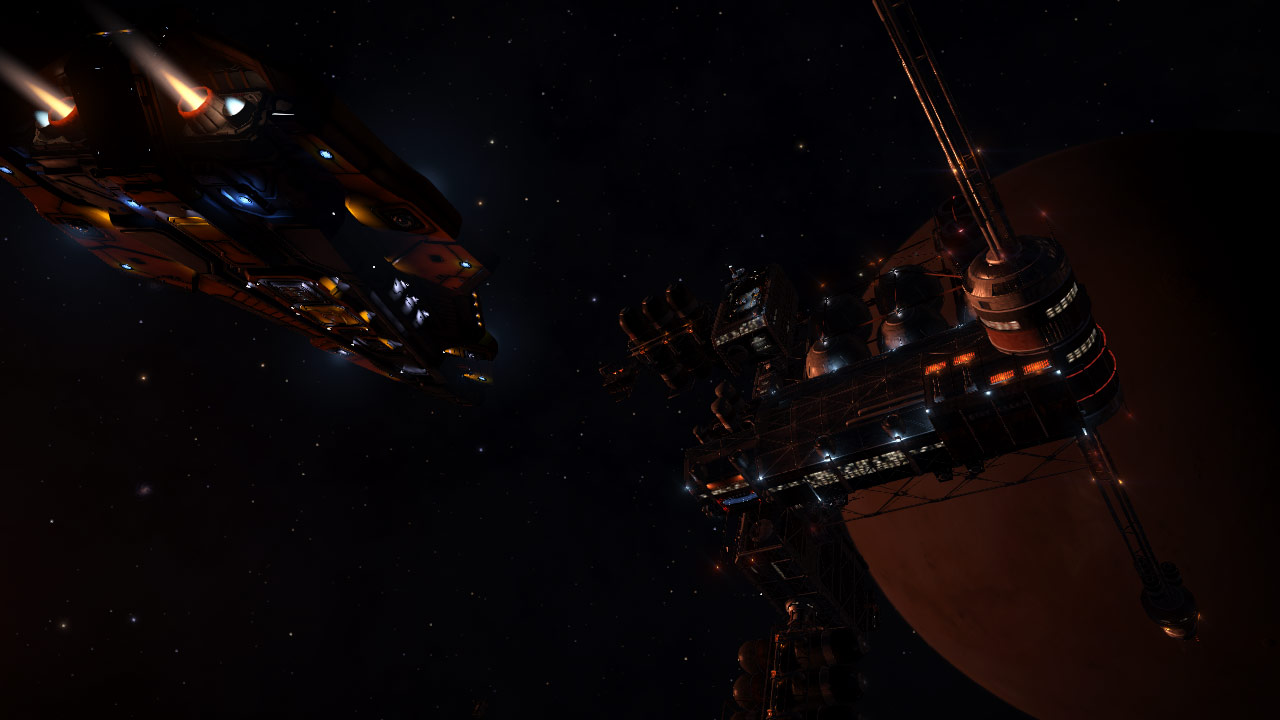 Unrelated Spoiler #3: They fly into a black hole and survive

Great aching dead/sleeping testicles of Cthulhu, I hate that nonsense. First off, when you fly into a black hole, you don’t wind up somewhere else: you wind up compressed matter stuck to the singularity. That’s super cool, really, but there’s not much to see because light’s also getting compressed down and stuck to the singularity. There are some really interesting things that Einstein says happen as you speed up to lightspeed during your in-fall, which Frederik Pohl plays with brilliantly in his book “Gateway” You certainly do not travel backward in time – you travel forward in it, falling endlessly as time from the observer’s perspective slows to a near-stop and the universe outside flickers past you to its death. In your frame of reference, you still wind up compressed matter stuck to the singularity; there’s no library or bedroom or anything except the singularity.**

A few years ago I tried to estimate how a lifeboat scenario works, before Neal Stephenson did it in SevenEves. It’s always kind of a “geek rapture” – a remnant of humanity (both genders) blast off while the 1 trillion lbs of living human meat that they are leaving behind waves and blows them kisses. Yeah, right. The reason I rate SevenEves as “mediocre” is because Stephenson didn’t think very far ahead, for a sci-fi writer, or he’d have realized that they needed to leave the testicles behind.

(* That is useful. But women don’t need to haul testicles up out of the gravity well just to have something to laugh at. They could watch old videos of Louie Gohmert)

(** Which, by the way, may be spinning at close to light speed. So you’re not just going to get spaghettified, you’ll get thoroughly fucked up too!)

Tidbit: I’m not saying it’s got to do with the testicles, but the testicles commit murder at 10 times the rate that uteruses do. Maybe it’s nurture, not nature, but until we know for sure, the obvious best thing to do in an emergency is to not bring them on the lifeboat.

Tidbit: Nydailynews gets the movie wrong in the article about Gohmert. That’s one of the dangers in having Matt Damon do two space movies back to back: you get confused about which Matt Damon in a space suit is the bad one.

The Other 1% » « Vendredi Voltaire – Religion