The world of web-scraping ‘bots and click-farming results in weird stuff, sometimes. I got an email from a friend asking me what my involvement might have been in setting this up: 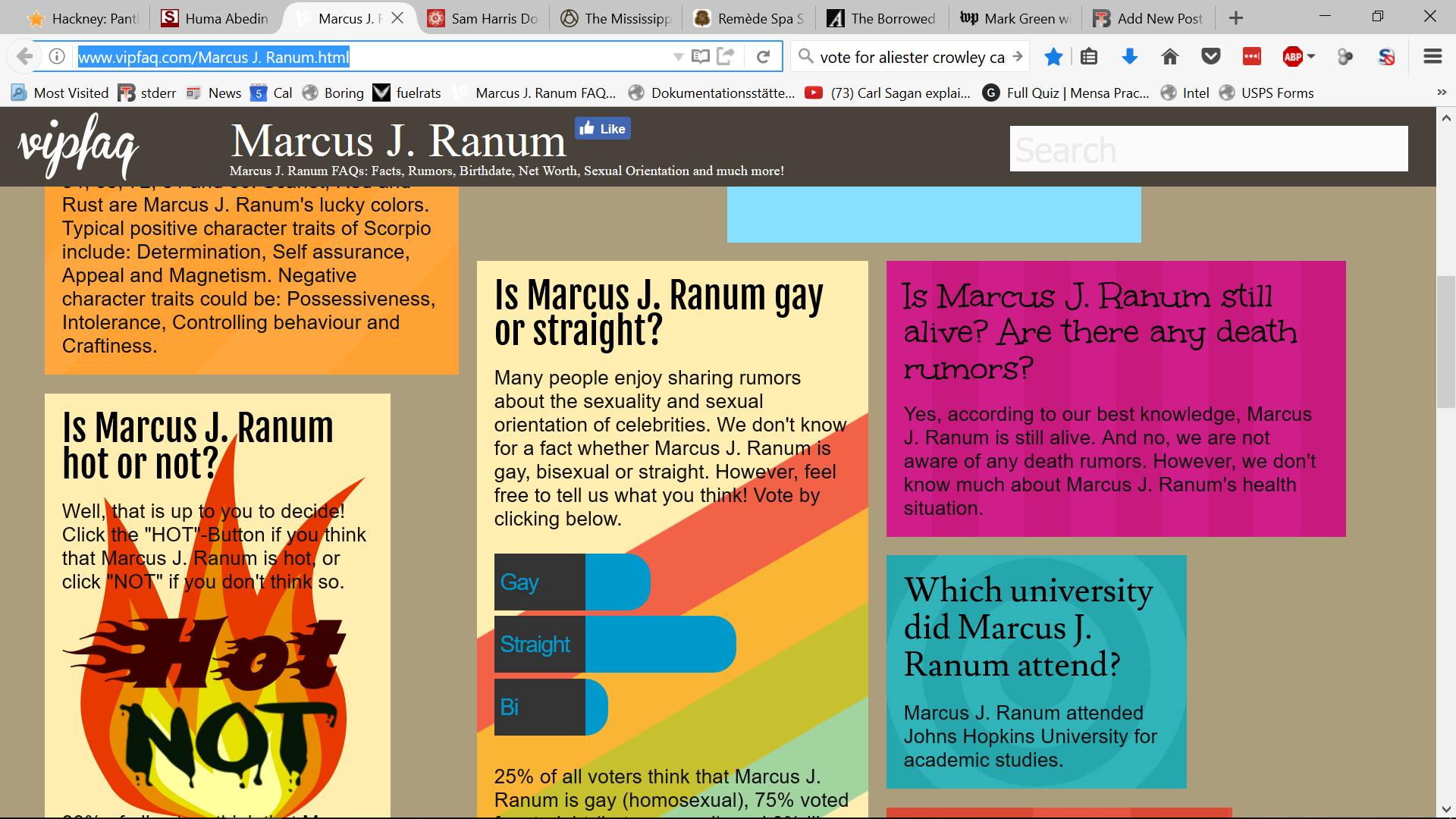 [source – but don’t give them any banner revenues; make sure you have an ad-blocker on]

I checked a couple of other profiles on there (Richard Dawkins’ is funny) – apparently what they do is parse the static fields out of wikipedia persona pages, then populate this with a few facts, then add the poll fields. Is the idea that random people on the internet are going to democratically assess my drug use? This is the ultimate self-pharyngulated polling system.

In Surely You’re Joking, Mr Feynman he describes an algorithm for learning the length of the Emperor of China’s nose:

There’s a subtle question of epistemology behind this: how do we know what we know? The collective wisdom of crowds, averaged, doesn’t tell us anything. The way to tell the length of the Emperor of China’s nose is to ask a courtier who might be able to give an accurate estimate, or ask the Emperor and be done with it.

I don’t care about this silly site, but I’m interested in how it shows up in search engines and contains pseudo-information. Is this “fake news” about me? Am I a Kardashian, yet?  This sort of system is designed to decrease the information content of the web. What if someone googles for me and decides it’s right and that my net worth is whatever dollar amount the site shows right now, and makes the mistake of trying to extort me for that amount? Or what if an employer takes the crowd’s wisdom regarding my drug use? (33% think I use drugs regularly, apparently!)

Drug use: my doctor once asked me how often I have a drink. I replied, “maybe once a week, but it’s usually a liter of red wine.”  You’ve got to get your units right.

It looks like the site is scraping wikipedia entries. Back in 2008 or so I got an email from someone who asked me a bunch of questions, which I answered. Then the wikipedia page on me appeared; apparently some teacher had decided that a good class project for students was to help add information to the universal wad ‘o knowledge and somehow I was one of the iota. I had no involvement in editing the page, at all, though at least it’s accurate.